For Greater Glory: The True Story of Christiada

for war violence and some disturbing images. 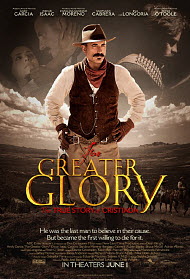 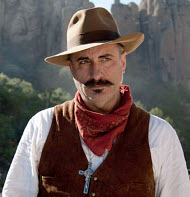 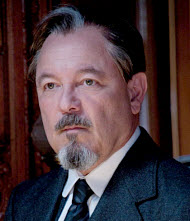 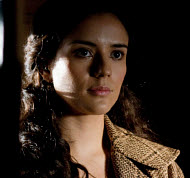 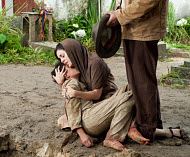 the cost of religious persecution

What price would you pay for freedom?

Traditions vs. Scripture alone—Is sola Scriptura a biblical or a man-made concept?

Is the Bible truly the final authority in all matters of faith and morals?

“What would you pay for the price of freedom?”

A solid first note about this film and a theme relative to this entire review is that, for my research, “For Greater Glory” is highly historically accurate. In light of Hollywood’s consistent, titanic falsities, cinematic historical accuracy is a delightful and rare occasion. Less surprising perhaps, under these circumstances, is that it was not Hollywood produced. To it’s credit, this says nothing of it’s level of quality, which is clearly praise worthy. The extent of profanity in this film is the epithetical use of the word “hell” three times. For the question of sexual content; part of one short scene has a non-explicit portrayal of one or more women in period undergarments (no more revealing than an average western bar-maid outfit) herein the story reveals more real history than flesh; women and children became willing transporters of ammunition and supplies for the rebels, with sacks packed tightly under their outer clothing. There is a scene with a husband and wife in bed. They are covered and simply engage in conversation from across the bed. This detail is simply added to this review for those who need it. This movie has several references to God, to Christ, and does not dishonor His memory. It is an honest historical portrayal of Catholic theology. It is more than peppered with The Gospel, touching on salvation and sanctification. It does display dependence on the formal priesthood and continual repentance dependent salvation. This does not bother me, because I know I will address this with my children.

“For Greater Glory”, based on the book “The Cristero Rebellion”, chronicles some of the Cristeros War (1926-1929), when faithful Catholics and respecters of freedom took their stand in various ways against an oppressive Mexican government, lead by an atheistic, Marxist President Plutarco Elias Calles. As this film and history soon reveals, Our United States learns a lesson it soon forgets, that dependency on foreign oil creates opportunity to do what is right and temptation to do otherwise. Our resident dictator repeatedly pauses oddly, mid-sentence and makes delicate gestures with his fingers while ordering treacherous, oppressive action against the Catholic Church or anyone meekly in his way.

There is disrespect for clergy by a boy in the story, this is followed by a slap and then some well met correction as he is taken to that priest. Some of the richness of the story begins here. What follows are well thought out portrayals of forgiveness, gentle rebuke, and generous, quick mercy. Are good relationships truly the beautiful side of discipline and discipleship? Are they at the core of the Christian life? This film asks these questions with a tapestry of messages regarding honor, loyalty, faithfulness, and bravery. Is passivity another word for cowardice? Is there an end to the treachery of souls silent in the face of evil? Do the cowardly inherit anything but shame in this life and the life to come? (Revelation 21:8)

There is a torture scene, however the torture is, albeit audibly conveyed, for the most part only visually suggestive. Though it is highly impacting and emotional, it is much less visual and there is—much less violence in it—than another rated R film whose greatest negative (according to MPA standards) is violence and physical persecution, namely Gibson’s portrayal of Christ’s final hours, “The Passion of the Christ.” This is not a comparison between Christ and this particular Mexican hero at all. The films are compared here because, like “The Passion of the Christ,” were it not for the portrayal of real historical violence it is certain the MPA would not have rated this film ‘R’ for restricted. Understand that I determined to know if this torture was artistic license. What I found was that the real torture of this individual was at least twice as harsh as the movie portrays it.

Filled with mostly cowboy style violence that written history more than confirms, very little of that violence would be deemed gratuitous by the harshest critics, considering the valid history it portrays. In-fact it leans much more toward the suggestive, with the majority of the violence being more reminiscent of 70’s era westerns than much of the theatrical violence of recent years. For the lack of ingratiating imagery, it should still be well noted, the violence is gripping. I must be clear about this (make no mistake) There is much death and sadness. There are shootings, multiple hangings, stabbings, and brutal cowardice. Most scenes simply lack the ingratiating close-ups and long holds so common in today’s movies.

The bottom line for me is I love this movie, and I am a harsh critic of story. It is not for the faint of heart, and I wouldn’t recommend it for anyone under 14 unless their maturity is above average. I would take my 13 year old son to it, knowing that the violence is borderline, but the historical and political messages of this film are too important to miss. I recommend it for every mature lover of freedom. I recommend it for anyone of Hispanic origin, particularly it should encourage Mexican’s of a bold and valiant time, in these days of a troubled Mexico. The movie is exciting and inspires courage.

This film does not merely challenge the Christian with a sedate coffee shop question: “What is the right way to stand up to evil?” Rather it puts them in the seat of action and shakes them with the answer: “Standing up to tyranny is not subject to decision, it is part of the Christian life.” (2nd Tim. 3:12) “Yea, and all that will live godly in Christ Jesus shall suffer persecution.”

Lastly, we learn through the non-religious man who becomes the rebel leader that Godly character traits are a reflection of The Creator and not a sole proprietorship of those who call themselves by His Wonderful Name.

Positive
Positive—I took my son to see this movie on his seventeenth birthday. We attend a Bible-based church, and I understand that some Christian’s may not approve of Catholicism, but that is the basis of the movie and 1920s Mexico would likely be mostly Catholic. Since this is a historically based movie, I don’t think it is a problem for the movie goer. I would say that there is nothing Catholic in the movie that would be really offensive for a Christian or non-Christian. But, be aware that this is, in short, Catholic vs. Government persecution.

One of the major characters in the movie does talk about being free, religious freedom, etc. … (he is actually not a devoted Catholic and borderline atheist) but, honestly, the Cristeros do celebrate mass.

After that long winded introduction, I think you should see this movie. I think the movie is well-made, and it is refreshing for a Christian, compared to what is out there nowadays. In fact, I can’t remember the last time we saw a movie, and I know the last time I sent my two eldest out to a movie was for “Courageous.” I rated the movie Better than Average because:—there is no sexual content whatsoever. There is one, perhaps 3 second, clip where you see some women in undergarments, e.g. some bras, however, it was important to the movie, because they were wrapping themselves in, for lack of a better word, bandages, and slipping ammunition into the bandages in order to smuggle it to the Cristeros.

Also, I read on another Christian site, a review of the film, and it stated that the main character is seen in bed with his wife. Let me say, yes, they are in the same bed, but the wife is dressed for bed, the husband has on his pajamas, and they have a short discussion—NOTHING SEXUAL.—I cannot recall a profanity in the movie. I cannot recall the Lord’s name being used in vain. On the other site, it did mention the improper use of “hell” once, however, I don’t remember that in the movie. So, for what we as Christians are bombarded with in today’s world, this is pretty darn good.

Now, I didn’t rate it excellent, because this is GOING TO BE DISTURBING for some people:—As a father, I am disturbed at how children were treated in this movie, i.e. No different than adult soldiers.—the movie is VIOLENT. There is lots of gun play and shooting and some stabbing.

In summary, this movie is violent and will be disturbing to some people, BUT I think it is good to see how the state can try to wipe out or sideline religion. We know that the Bible does say that Christians will be persecuted in the future, so I think this is a good reminder of that. If you can look past the violence and brutality of some of this movie, you will be happy to not be bombarded by sexuality and profanity, which seems like the default setting for so many movies now a day.
My Ratings: Moral rating: Better than Average / Moviemaking quality: 4½

John, age 43 (Canada)
Positive—I really enjoyed, “For Greater Glory”! Excellent movie that every family should see. It has “Oscar Nominated,” written all over it. But it will never get its due in “LollyWood!
My Ratings: Moral rating: Good / Moviemaking quality: 5

James Hampton, age 71 (USA)
Positive—A truly moving film, especially for Catholic Christians. It is historically accurate, a rare thing indeed. There was a lot of violence, but, it is a very violent story. Film illustrates what happens when a government has the upper hand and forces a religious faith to put secular government first. Frightening, especially since the new health care law forces Roman Catholics to pay for birth control and abortions, contrary to the teachings of the Church. BRAVO!!!
My Ratings: Moral rating: Excellent! / Moviemaking quality: 4