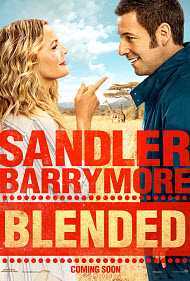 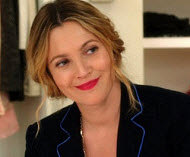 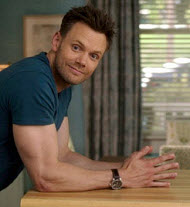 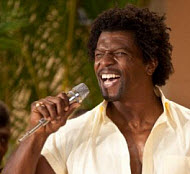 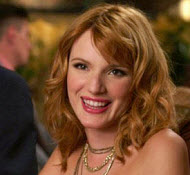 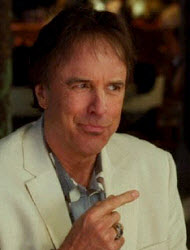 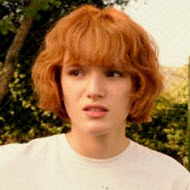 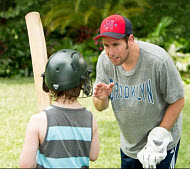 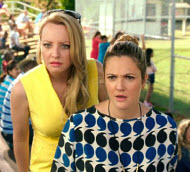 Sometimes it takes traveling halfway across the world to realize the value of something you have right in front of you. Just don’t tell that to Jim Friedman (Adam Sandler) or Lauren Reynolds (Drew Barrymore).

After the disastrous blind date shared by the struggling divorcée (Lauren) and the awkward widower (Jim), both would be more than content if they never saw nor heard from one another ever again. Which is probably why fate decided it might be humorous to force them and their children into an even closer proximity over the course of an impromptu spring break vacation in Africa.

Because, really, what’s the worst that could happen when you force two broken families who want nothing to do with each other to spend the entirety of a Blended Family Experience week together within the confines of an exotic African resort?

Or, maybe more appropriately, what’s the best that could happen?

It is painfully obvious that the voids left in each family due to a missing parent impact the entire family. Whether it’s due to death (in the case of Jim’s wife) or parental disinterest (in the case of Lauren’s husband), it is clear that families were made to be and are at their best when they are whole. “Blended” is surprisingly gentle and tender in the way it handles the pain that each family member is feeling in the wake of the traumas that have left him or her reeling.

Jim and Lauren, in spite of their initial (and intense) dislike for one another, each take an interest in helping the other’s children through the pain and distress they are facing. Lauren’s tenderness and warmth with Jim’s girls remind them of their mom and helps take some of the pressure off of Jim who, while incredibly loving, is at a loss for how to guide them and their femininity. Where Lauren’s sons are reeling emotionally in the wake of their father’s absence, Jim steps in and is simply present, interested, and engaged with them. As a result, the bond that is formed between these misfit families is one forged in the spirit of simple acts of kindness that don’t seem like much on the surface, but that mean the world to the recipient.

The importance of parental presence is continually highlighted and underscored. Lauren’s ex-husband’s unreliability has far-reaching implications that impact their sons’ in a profound way. But Lauren always makes sure she is there for them, and Jim does the same for his daughters as he tries to fill the void left by the death of his wife, their mother. By the time we hear Jim exclaim, “it should be boring how reliable parents are!” he has already proved time and time again that he has lived that reality of reliability for his family.

There is a smattering of slapstick violence and pratfalls. An old lady crashes an ATV, and a man is launched off the back of an ostrich and onto a water trough. One boy has his crotch stepped on, and another boy sucker punches a man during a practice spar. Step moms talk about the way their stepchildren fantasize about killing them (the step moms), and one of them mentions waking up when a stepchild was attempting to smother her with a pillow.

The movie opens inside a ladies’ restroom inside a Hooters, and the movie always seems to have some sort of crude or sexual sight or verbal gag waiting just around the corner from the heartwarming bits. We see rhinos mating and a teen girl trying to improve her bust size by stuffing gel shoe inserts into her bra. Elsewhere one character routinely wears outfits that reveal a sizable percentage of her cleavage and, at one point, an adolescent boy ogles her obvious camel toe. One couple at the Blended Family Experience is not shy about awkward public displays of affection, and brief shots throughout the film show other miscellaneous couples kissing passionately. A teen boy has an obsession with his babysitter that manifests in the form of him taping pictures of her face to images of scantily clad centerfolds and porn stars (both of which we see briefly).

The problem with blending is that sometimes certain elements don’t mesh well with others. That’s certainly true for the Friedman’s and the Reynolds, and for the movie they inhabit. There is a lot of warmth present and one can’t help but smile and laugh along as the two hurting families bond through shared experiences over the course of their vacation.

However, there is also a fair share of language and crude sexual humor to sort through. Granted, the content here is mild compared to what one has come to expect from Sandler over the years. “That’s My Boy” this is not. But it still needs to be taken into serious consideration before bringing the whole family along.

Which is a shame because the heart of the film is one that you want to share, and there are more than a few healthy laughs to be had. Families are beautiful, messy, wonderful, and often frustrating. They can be one of the most powerful things in the world, but they’re always imperfect. “Blended” captures this essence masterfully. No one here is perfect, but the ones fighting for their families each and every day are the heroes, even when they don’t realize it.

Comments below:
Positive
Positive—Overall, I enjoyed the film. I love the partnership of Barrymore and Sandler and the pro-family theme of the film. The downside is the occasional curse words and sexual references. The film could easily be a PG, with editing. It’s not a family movie, however it does have good pro-family themes of the necessity of parents to put their kids first and spend quality time with their children. If you love the Barrymore/Sandler combo, go.
My Ratings: Moral rating: Average / Moviemaking quality: 3

Keith Chandler, age 35 (USA)
Positive—Of course, the movie has sexual humor in it, but, overall, it wasn’t too bad. I would say for people 13 years or older. There are bad words in it though, but if you are not offended by it, then you will like the movie. I thought it was a funny movie that I wasn’t offended, but others who mind a sexual joke or bad word may be more offended. This is more of a movie for parents with teenage children, not young children, but Adam Sandler seems to be making more family oriented movies.
My Ratings: Moral rating: Average / Moviemaking quality: 5

Jennifer, age 29 (USA)
Neutral
Neutral—This is not quite the family movie that I was hoping it would be. The only saving grace of this goofy story is the acting talents of Drew Barrymore and Adam Sandler and their ability to work together. They are believable as a couple that at first dislikes each other, but then finds out they have enough in common to be a blended family.

There are a few funny moments, and it’s always nice to see animals in Africa, when the family goes on an African adventure. The movie is entertaining enough if you need diversion on the big screen, but what a shame that the story was not well written, and there are concepts, words, moments, belief systems that I found offensive from my Christian point of view.
My Ratings: Moral rating: Offensive / Moviemaking quality: 3

Halyna Barannik, age 68 (USA)
Negative
Negative—Horrible waste of our time. I wish I had not watched this movie. I wish I had read a good book with my hubby instead. I hated it! Yes, there were a few funny parts, and I really enjoyed “The Wedding Singer.” But, this one was just over the top crude! I hated it!

I only wish I could get back 1 hour and 57 minutes of my time. Skip it and read a book or watch something else. Horrible!
My Ratings: Moral rating: Extremely Offensive / Moviemaking quality: 3

Amy, age 45 (USA)
Negative— This movie is filled with “good old fashioned” smut. The numerous crude sexual jokes and morally low brow humor should offend any serious Christian. As a follower of Jesus Christ, I was very uncomfortable viewing and listening to the degrading and sinful humor and swear words that were presented. Several Christian movie review sites, unfortunately, in my opinion, have become numb to the constant barrage of immorality in the movies and media, and found warmth and family values in this film, somehow easily downplaying the nonstop sexual humor that filled the first 30 minutes. That was as long as my wife and 16 year old daughter and I could tolerate.

Knowing that our ticket purchase was sending profits to the movie industry for a movie that Jesus and his followers should clearly have avoided, made it easy to request a refund, which was gladly given to us by the management-they in fact doubled our refund when the manager learned how inappropriate the content was. At least 7 of the commandments were broken, or given supportive discussion, and though no frank adultery occurred, reference was made about fornicative activity. And the 2nd female lead was cohabitating with her boyfriend!

The saddest aspect is that this could have been a great movie for the whole family, but once again Hollywood chose to titillate, degrade women, disrespect the sanctity of the Marriage union and misuse Our Lord’s name.
My Ratings: Moral rating: Very Offensive / Moviemaking quality: 3½

Dr. Paul S, age 58 (USA)
Negative—I was looking forward to seeing this movie, because I have enjoyed the chemistry between Sandler and Barrymore in past films. Again, the chemistry was great between them, but, overall, I was pretty disappointed with this film. The movie started to lose me at the beginning, as it took quite awhile to set up the story. This movie had the potential to be a great film. The story of a widower struggling over the loss of his wife to cancer, and trying to raise 3 girls alone, and afraid to date. A single Mom struggling to raise 2 boys that have a father who is totally uninterested in their lives. There were moments that were very touching in the film, but it was very hard to sit through a film as a Christian, and feel comfortable with the over-the -top perversion!

This is NOT a family-friendly movie, by any means!! Adult humor only!!! I have 5 kids ages 3-11, and I would never let them watch this. It is completely inappropriate for both young children, and young teenagers. I loved this film for the overall story of 2 people trying to raise their families and blend them together, but the perversion was just too much! What a shame!!
My Ratings: Moral rating: Offensive / Moviemaking quality: 3