for some scary images and mild peril. 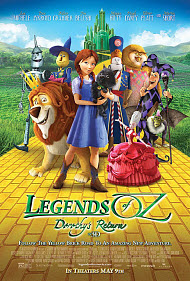 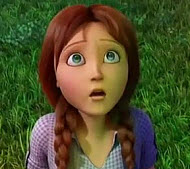 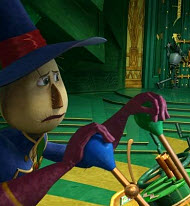 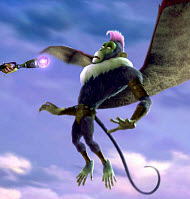 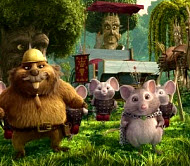 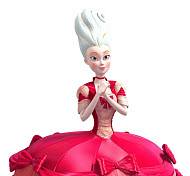 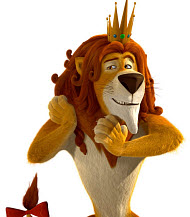 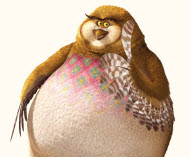 lions in the Bible

witches in the Bible / witchcraft / enchantments

“Legends of Oz: Dorothy’s Return” picks up immediately where “The Wizard of Oz” left off. We arrive in Kansas, with Dorothy just waking up after returning from the Land of Oz with her dog Toto. As she walks out of her twister destroyed home, she finds out her home has been condemned and unsuitable for living.

Distressed and heartbroken, Dorothy runs off only to be grabbed by a rainbow (sent by her friends, Scarecrow, The Cowardly Lion, and Tin Man) and transported back to Oz to face another crisis caused by the evil Jester (Martin Short), the brother of the Wicked Witch of the West. The Jester’s plan? To conquer and rule the land of Oz through use of the broom from the Wicked Witch and a crystal ball. It’s up to Dorothy, her new friends (Weiser, China Princess, and Marshall Mallow) to defeat the Jester and save the people of Oz from his clutches!

Most of us are familiar with the stories surrounding the Wizard of Oz. As many may know, The Wonderful Wizard of Oz was a book written by Frank Baum in 1900. After much acceptance of the first book, Baum eventually wrote sequels (13 of them to be exact) all chronologically following the events of the “The Wonderful Wizard…” Since Baum’s death, the adventures in Oz and of Dorothy Gale continue to amaze and fascinate the public into a new generation. His great-grandson, Roger Baum, later wrote the book Dorothy of Oz, to which this film is influenced by.

I tell you this because the same nostalgic qualities that we all remember from the books and the movie, The Wizard of Oz, have resurfaced in the form of an animated children’s movie. I couldn’t help but smile as I watched Dorothy and her friends continue their adventures in Oz and reminiscing over what made the Wizard of Oz so great (the yellow brick road, her friends, the Emerald City, etc.).

While that sense of nostalgia was a nice touch with this film and a primary drive behind this movie (I’m certainly appreciative with the idea of bringing a classic to a new generation of audience members), I couldn’t help feel a sense that this film felt rushed. Scenes would move rather quickly (going from action to quiet and back again) and new characters, other than Dorothy and her main friends we all grew up, felt over abundant, thrown in and under-developed (e.g. A romance between Marshall Mallow and China Princess was suddenly thrown into the story with no real understanding of each character).

Being a musician, my other concern, while the vocal performances were well done, the music felt out of placed and forced. As I sat in the theater, I couldn’t help but ask if the music was really necessary in the first place. This film could have stood on it’s own without the use of various soft, rock and roll musical numbers. At the same time this movie was trying to be a musical, it was also trying to become a comedy, an action-adventure, and a romance (in terms of comedy, there were a LOT of bad puns that will likely make a lot of adults groan but that younger kids will not understand).

I have to say though, in terms of comedy, Martin Short (children will remember him from the Santa Clause 3) is still a terrific actor in my eyes and really does make a good, comedic villain. The same could be said with the other performances as well (Kelsey Grammer and Dan Akroyd were not really present) and I agreed with the director in terms of casting choices.

Violence: Moderate. Some scenes to be aware of involve a flying monkey being electrocuted, the Jester torturing Dorothy’s friends, the destruction of the China land, the Jester turning people into puppets, a scene of peril involving a waterfall, a character suffering a serious injury as a result of the waterfall, and a large battle sequence towards the end of the film.

Profanity: Mild. While there may certainly be other questionable language in this film, two moments stuck out in my mind. First, when Weiser falls out of the tree after meeting Dorothy he mentions there’s “bark in the hindquarters.” The other scene comes, after failing to eliminate Dorothy, when the Jester screams at the head flying monkey and calls him an “evolutionary reject.”

Sex/Nudity: Mild. There is one scene in Candy County where Toto attempts to urinate on a candy fire-hydrant. There’s also a scene where Scarecrow is hit in the private area.

Other: Dark magic is used by the Jester and there are moments that feel dark in the film (the overall mood) that may scare younger viewers. The flying monkeys, while somewhat humorous, may also frighten younger viewers because of their appearance.

The theme of sacrifice surrounds “The Legend of Oz.” As Dorothy comes in contact with each new friend on her journey to Emerald City, we watch as each person, having only just met her, sacrificing their own well being for the sake of everyone else in the Land of Oz.

In the same way these friends sacrifice themselves for the good of all, God sent our Lord and Savior, Jesus Christ, to become the “ultimate” sacrifice on the Cross. He died for EVERYONE, regardless of whether they were living in goodness or in wickedness. Romans 5:7-8 states…

“For one will hardly die for a righteous man; though perhaps for the good man someone would dare even to die. But God demonstrates His own love toward us, in that while we were yet sinners, Christ died for us.”

Before I walked into the theater this afternoon, I read one review where the reviewer stated that some will walk away from “Legends of Oz” and claim it should have been a direct-to-DVD release. While to a certain extent, I agree, I also have to believe that, with a little editing, this film could really be used as a means to introduce a whole new generation of young minds about the power of a good story in the midst of video games, cell phones, and computers. The film is primarily geared towards children (I wouldn’t say younger than 8 years old though) but adults might walk out with a few chuckles (including a scene where the Jester screams out the window of the tower, “Fly my pretties! Fly!”). Overall this isn’t a bad choice to take the kids to, but I would strongly encourage heeding the PG rating for the content that was mentioned. My grade: C+