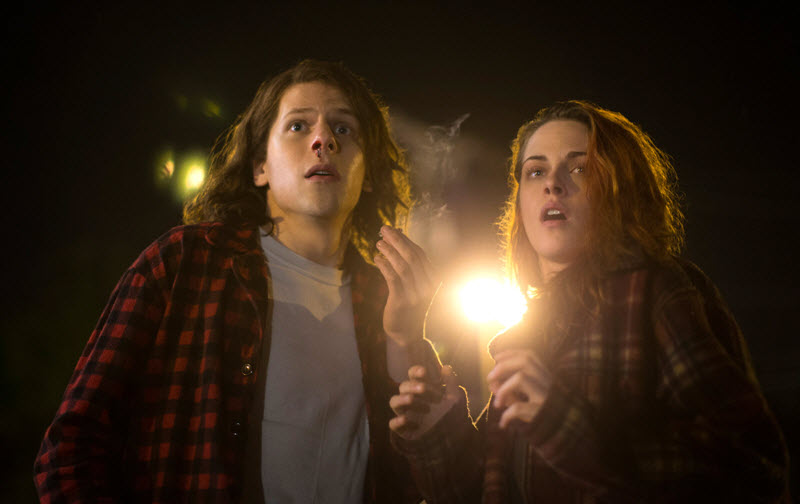 for strong bloody violence, language throughout, drug use and some sexual content. 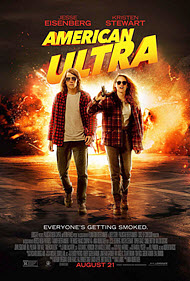 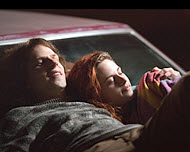 the life style of stoners 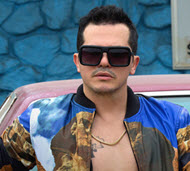 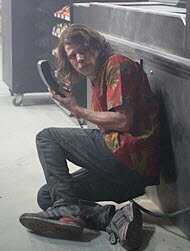 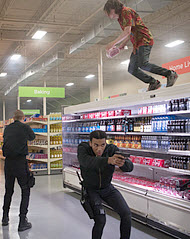 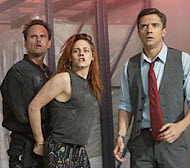 I have good news and bad news about “American Ultra.” The good news is that it’s not as offensive as you might expect from the trailers. The bad news is that that doesn’t say much. On the upside, it’s actually pretty meaningful and has positive messages. I was very surprised to find out that the director’s previous and first film was the infamously horrible “Project X.” It’s fairly original and very intelligent, far from being another pointless bloodbath. On the down side, though it’s not pointless, it still does have plenty of strong worldly content. It’s true that these things are merely an honest portrayal of the world, however, most of the ungodly behavior is portrayed as normal and acceptable. It’s also portrayed in more detail than necessary.

The story centers on Mike (Jesse Eisenberg), a drug addict who lives a cheap life with his girlfriend Phoebe (Kristen Stewart). When he is attacked by two men, he suddenly starts defending himself with skills he had no idea he had. When he remembers something mysterious a woman said to him at the convenience store he works at, he begins to doubt who he is, and who he ever was. And he must solve the puzzle, because more people are on their way to eliminate him.

The movie does seem to frown upon illegal drugs. As a result of being addicted to pot, Mike fails to understand an important message that was intended to save his life. His addiction also makes many people see him as worthless. Still, cautious viewers should know that Mike is shown smoking pot, making illegal exchanges, and visiting a drug dealer’s house.

Strong language is used not only by Mike and Phoebe, but also by federal agents in their offices. There are 71 f-words (one written), 17 s-words, 5 b-words. Refreshingly, God’s name is very rarely misused—there are only two misuses each of God’s name and Hell, and one d*mn. There are a few other mild vulgarities. Profanity disturbs some of the most exciting scenes. If there’s an action sequence that’s not gruesome, profanity “makes up” for that. There are also middle fingers display twice.

There is less sexual content than many movies of this style, but once again, that doesn’t say much. As mentioned in the summary, Mike and Phoebe live together. It’s sadly ironic that Mike wants to make a romantic marriage proposal. A drug dealer’s room has drawings of topless women, although they’re so psychedelic that it’s not realistic. Brief flashbacks show Phoebe from the shoulders up moving sexually in bed. Officers think that Mike got STDs from monkeys, and there are a few other crude sexual references.

The violence happens when Mike has to defend him and Phoebe against people who want to kill them. The bloody shootouts are merely realistic, but some of the methods are unnecessarily over the top—for example, stabbings with a dustpan and a meat cleaver. There are also explosions, kidnappings, bone breaking, and a strangling. Most of the deaths are in fast paced scenes and only seen briefly (with the exception of one slow motion gunshot), but they are still brutal enough to require extreme caution.

This movie does succeed in many of its good intentions. There is some sacrificial love between Mike and Phoebe. Mike wants to be sure that he is the right one for Phoebe, and he saves her, even after he left her because of a misunderstanding that left him heartbroken. The villains claim to own Mike and Phoebe because of previous dealings with them, and claim that therefore they can kill them. One of the federal agents risks everything to protect Mike and Phoebe, reflecting a Biblical worldview of human life. It is also nice to see that, at the end, Mike finally meets the standard of 1 Corinthians 11:14.

This dark thriller contains more positive messages than most movies of its style, but unfortunately, it contains very little less offensive content than most movies of its style. Despite its surprisingly moral values, it is not morally exceptional, because it is no exception to the immorality that our world embraces. In order to be inspired by the positive messages, you must run through some heavy immorality and dodge countless profanities. These things even continue into the credits, which portray more intense violence and sex in the form of unrealistic but crude cartoons.

This movie isn’t worth all that when you can go to the library instead of the theater, and bring home the Bourne series. The Bourne movies are similar in many ways, but share much less offensive content. I believe I’ve been fair to “American Ultra” in commending its positive content. But that doesn’t mean I can commend the movie itself. At the end of the day, it remains too offensive for me to do that.

Positive
Positive—Solid. This is a love story with a spy plot inserted. The two leads are great together, and the overall theme of this movie is love unconditionally. There is violence, as the main character defends himself on instinct a la Bourne and kills many, regretfully, I might add. Also, the way the female lead is down for her man, no matter what, is refreshing and more than welcome these days. Ahem, (feminism).

I will say, the comedy, except for the two leads, is off and shouldn’t be in this film, as it makes for tone inconsistencies. This is a drama/romance, action with proper comedic tidbits for the leads, but bad comedy for the rest. The main bad guy should not have been a young and sarcastic dude—not intimidating at all.

Great relationship movie, but, be warned, there is violence and coarse language, and only mature Christians should watch.
My Ratings: Moral rating: Average / Moviemaking quality: 4

Cary Darling, Fort Worth Star-Telegram
…earnest yet unsatisfying stoner action-comedy… Full of clever ideas, bloody violence so cartoonish that it’s almost cuddly, and an eminently likable leading pair in Kristen Stewart and Jesse Eisenberg, the film has a lot going for it but, like a fridge-clearing omelet prepared after too many bong hits, it can’t manage to cook all these goodies into a palatable whole. …

Andrew Barker, Variety
…a violent stoner action-comedy that’s half “Pineapple Express,” half “The Bourne Identity” and not as good as either. …The assembled talent could use more character development and a little more wit in place of the sadistic, fun-draining comic-book action scenes…

Jake Coyle, Associated Press
…half-baked… devolves into a standard shoot-’em-up, with gore splashed around to distract us from the dearth of wit…

Barry Paris, Pittsburgh Post-Gazette
…a certain offbeat humour, which is to say that American Ultra is better at being a stoner comedy than being anything else, and it’s not a particularly clever stoner comedy. …[2/4]

David Berry, National Post
…has some of the ingredients for an enjoyable comic book spy thriller, but the extreme violence is too heavy for the comedy and the foul language and marijuana use are too coarse for the romance. …

Ted Baehr, Movieguide
…It’s a disaster waiting to happen, and it truly is trying to keep you from moving on to better fare. … [1/5]