for language including sexual references, and for teen drug and alcohol use. 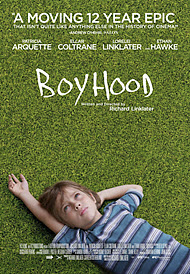 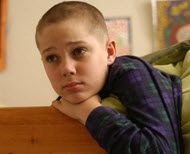 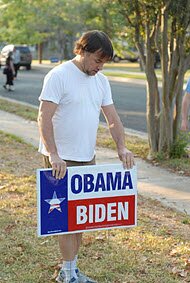 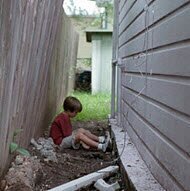 growing up / coming of age 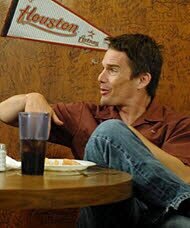 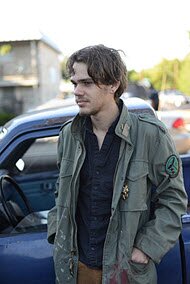 teenage sex / lust and fornication in the Bible

Learn how to make your love the best it can be. Christian answers to questions about sex, marriage, sexual addictions, and more. Valuable resources for Christian couples, singles and pastors.
Your eternal destiny

I missed Richard Linklater’s “Boyhood” when it was released in theaters in the spring of 2014, so I recently rented the DVD. I’m glad I waited to watch it at home; the movie is not large in scope, despite its long production time (13 years) and its long running time (almost 3 hours). Since “Boyhood” is more episodic and rhapsodic than it is dramatic, it is a good fit for the small screen. It feels off the cuff and casual, and the ensemble cast who worked together on and off for more than a decade gel as if they have been part of a long running TV series.

The movie tells the story of a boy’s growth between ages six and eighteen. We watch young Mason (played by Ellar Cotrane) grow up before our eyes. We also see the other characters: his mom (Patricia Arquette), his dad (Ethan Hawke) and his sister, Samantha (Lorelei Linklater) age over the same time period, but we do not get to know them as well as we do Ethan. We get bits of the puzzles that make up the various lives over those years, but we never get the whole picture. In fact, we don’t get to know Ethan all that well either. He’s insular, unexpressive, self-absorbed and not too industrious (in other words, an average teenager), but he is intelligent and observant.

He ultimately finds his calling in photography, in capturing moments that most people ignore or forget. We never find out just how good a photographer he is, although he does win a competition in high school; it’s strange how a film that depicts the early life of a burgeoning photographer shows so few of the pictures he has taken. But this is not a memory piece; it is an on-the-move film. We see a lot of time pass, but very few, if any, moments in time being captured or savored.

The film’s concept is courageous, and its execution is remarkable. There must have been considerable challenges in holding onto a cast and crew for 13 years and getting them to work so well and so consistently together.

I wish I could say that the effort paid off and that “Boyhood” is a masterpiece, but I can’t. In the end, I think it is a mediocre film, one that would be a dud if the concept were shelved and the script was shot in a traditional way. “Boyhood” is not the ground-breaking marvel that this awards season would have us believe it is. Rather, it is a well-acted and exquisitely edited series of vignettes that are strung together with syrupy background music and a dull script that is full of watery platitudes and side-plots that go nowhere.

Arquette plays a single mother who is divorced from the children’s father played by Hawke. Mom does the hard work of raising the children, housing and feeding them, and seeing to their education. She is the disciplinarian, the scold, the doer of all the difficult but necessary tasks.

Dad picks the kids up on weekends and does the fun stuff with them: bowling, hiking, and eating junk food at fast-food restaurants. What he does for a living is never quite clear; he drives a sporty car, lives with a roommate in an apartment full of discarded clothes, take-out containers and beer cans, and dabbles with a rock band. Like his music, Dad is engaging, spirited and full of whimsy, but it’s hard to remember what he said, or sang, a short time after it came out of his mouth.

Despite both of their defects, it is obvious that Mom and Dad are, if not a perfect match, at least a good enough one. Each has a strong suit that makes up for the other’s weaknesses, but they never re-connect as a couple. Instead, Mom marries one abusive drunk after another, putting herself and her family at risk. To her immense credit though, she gets through college, earns a Master’s degree and becomes a college professor all while bringing up her children alone. Dad drifts from one place and one girlfriend to another, but he always makes room in his life for his children.

There is a moment when the boy asks his father: “What is the point of all this?” His father talks a great deal and has an opinion on every issue. When that advice is decipherable, it’s usually bad, and his kids seem to know it. He is full of charm and wit, but the skin crawls when he tells his son that as you get older “you don’t feel as much, because your skin gets tougher.”

“We’re all just winging it,” the father tells his son. The utility of such advice is questionable, at best, but Dad has spent most of his own life following that credo. Ultimately, Dad marries an evangelical Christian woman, and you can sense his eyes rolling whenever the word “Jesus” is mentioned. The reason he settles down and raises his third child with such a woman and her family is unclear. I would guess that she, like Mason and Samantha’s mom, is paying the bills, but he may have finally concluded that “winging it” did not get him very far, and that it was time to put some stability in his life.

The boy’s story gets humdrum after awhile, despite Ellar Cotrane’s consistent and believable performance. I find most movie children’s precocity unconvincing and annoying, but I would have welcomed some of that here. Mason’s dialog consists mostly of the “whatever,” “I guess,” and “what does that even mean?” sort. On the cusp of adulthood, he finds himself having more questions than answers. He faults his parents for not making the right moves, but he does not claim to have the answers either.

The parents are a lot more complex, and therefore, a lot more interesting than their children are. I would like to have known more about them. We never get a glimpse of their background, of how they came together long enough to have two children. What makes Mom, the psychology professor, marry the worst abnormal psychology specimens she could find? Did Dad convert to or return to Christianity, when he married his current wife? Does Dad regret putting up all those campaign posters for Obama? In Texas, of all places.

At one point Mom says: “I just thought there would have been more.” That is a sad moment for her, and for the film. In Matthew’s gospel (24:35), Christ tells his followers: “Heaven and Earth will pass away, but my words will never pass away.” Linklater’s film reveals the miracle of life and growth as it unfolds in front of us, but by focusing on the things that pass away and not on what lasts forever, “Boyhood” shortchanges its viewers, and itself.

Neutral
Neutral—I gave this a neutral because this movie was actually really good, just had quite a bit of questionable stuff in it. From drugs, alcohol, some sexual stuff consisting of boys getting into smut magazines and cursing.

Now that being said, I was surprised with how interesting the movie was and how well it was done, especially since it was a lot of talking and not a bunch of “action”. They even gave the kid a Bible and showed some clips about a church service. Being a 2½ hour movie, I was surprised it was so well filmed and kept you engaged in the stories, so well done that I could have watched another 2 hours.

It could be a good movie to watch with a late teen to discuss the issues in the movie. Just fast-forward the 2 parts where they have the smut magazines. There is not a ton of cursing until the end, they started dropping the F-bombs more. It was interesting to watch the kid grow older, I didn’t realize they actually filmed this over 12 years, and you actually watched him grow up, that was pretty interesting.

Did help me understand more about boys and men. My husband really liked the movie, too.
My Ratings: Moral rating: Offensive / Moviemaking quality: 5

Stephanie, age 40 (USA)
Negative
Negative—I just saw this movie, and it wasn’t bad movie wise. But morally wise, it was definitely wrong. There was too much cursing in the movie, and a lot of other bad things. I do not like cursing and the other bad things, and I am a Christian.