for sequences of violence and action, sexual material, some language, a drug reference and thematic elements. 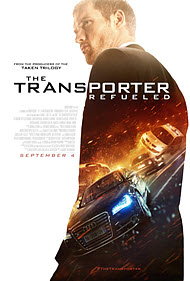 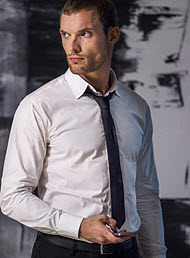 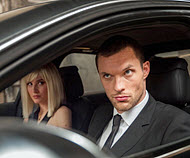 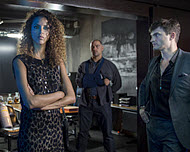 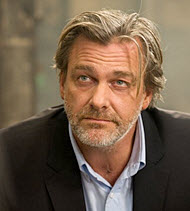 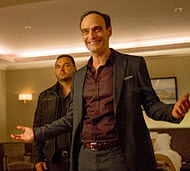 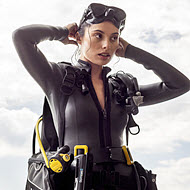 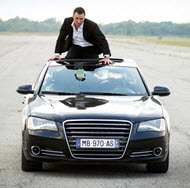 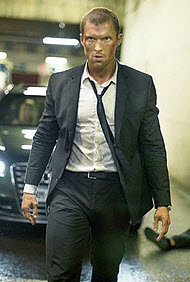 Frank Martin (Ed Skrein—replacing Jason Statham, an ex-special ops soldier, is known in France as The Transporter. He will drive anything and anyone, no questions asked, provided his passengers follow his three simple rules: no names, no opening packages, and no changing the deal.

During one pick up, however, a group of women get into his car and tell him they have his father, Frank Martin, Sr. (Ray Stevenson), as their hostage and will kill him if Frank doesn’t do as they ask. So, of course, Frank listens, and, before you know it, Frank and his father team up with the women to take down an infamous Russian trafficker.

“The Transporter Refueled” is a reboot of, as you may have guessed, the original Transporter series (2002-2008). If one was familiar with the original trilogy and did a side-by side comparison with the reboot, one would notice that they are almost identical, with the few exceptions being the actors and the scenarios. For example, both series emphasize the technological advances of Frank’s vehicles.

Is this good? Bad? Well frankly, there’s no right answer to this question. Personally, my thought is if you are going to do a reboot of a series, make sure you make the reboot your own and not a copy of the original. As I was watching, I felt a sense of dé ja vu… Frank starts off with his job, the job becomes personal, and Frank becomes the hero, etc. To state it bluntly, this reboot offered nothing new.

Without sounding TOO critical, I will give the action sequences their credit. Many of them were well shot and engaging, and the balance was just right for this film. The scenery and camerawork were well done.

Apart from these things, though, the plot had too many holes in it for me to follow. As I watched, I asked my guest, “So wait, what did I miss? Why did this happen?” Additionally, the acting was so so.

Violence: Heavy to extreme. There are multiple scenes of gunfire (some characters are seen being shot and killed), fist fights and scenes involving prolonged car chases. Additionally, “bad guys” are seen being hit with gas canisters, axes, being kicked in their privates, beaten with pipes, strangled, hung by cords and one character is shot and shown falling off a cliff. There is also a scene where Frank and his companions are shown driving through airport terminals, destroying everything in their path. Some female characters are also seen being abused.

Profanity: Moderate to heavy. The f-word is used once. There are multiple instances of sh*t, as well as a**, h*ll, d**n, b**ch, sh*t. God’s name and the Lord’s name are also taken in vain a few times.

Sex/Nudity: Heavy. The focus of the film revolves around prostitution. We are also exposed, in one scene, to women entertaining men at a night club in revealing lingerie, as well as watching the main female leads undressing and dressing in front of both Frank Jr. and Frank Sr. (nothing explicit is shown though). In one scene, two female prostitutes are seen kissing each other. We are also shown Anna (the leader—Loan Chabanol) having sex with Frank Jr., as the other two girls in her team are having sex with Frank Sr.

Other Issues: Alcohol holds a heavy presence in this film. Drugs are also mentioned.

During the afternoon showing my guest and I attended, my guest quickly pointed out that, apart from us, there was only one other person in the auditorium. After viewing this film, I can understand why. “The Transporter Refueled” is just a poorly made film. It didn’t carry the same finesse and wonder that the original series had and, frankly, had too many plot holes and objectionable material to warrant a recommendation. Please do not take children (or yourself for that matter) to this film. The fact that I couldn’t draw anything redeeming from this film should say something. To sum it up, I don’t think we’ll be seeing a sequel anytime soon.

Negative
Negative—Being French and having a guilty pleasure for the original movies of the last decade, I was expecting a bad movie, but surprisingly I was very entertained! Don’t get me wrong, this reboot is pretty awful on so many levels (acting, accents, action, script, story-telling…), however, the fast editing coupled with stupid moments and clichés will keep you on the edge of your seat until you can’t stop but laugh at how bad the film is.

Once again, we’re back into dealing with the mafia, prostitution and human trafficking. And the transporter, who always lives by his own rules, finally can’t keep a blind eye and must fight for the right thing. Are we the same with our environment and our faith? Pass this movie, except if you want to have a good time with friends watching a really bad movie!
My Ratings: Moral rating: Very Offensive / Moviemaking quality: 1½