for intense violence and action, thematic elements, and some partial nudity. 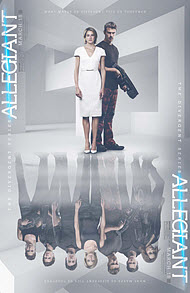 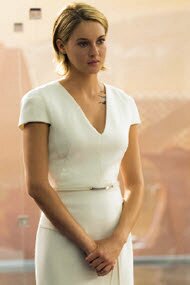 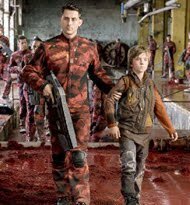 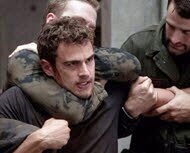 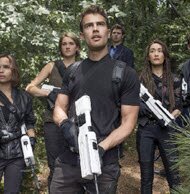 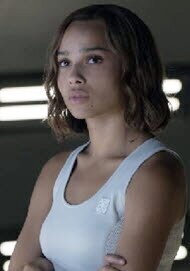 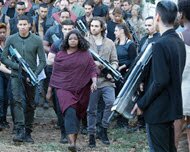 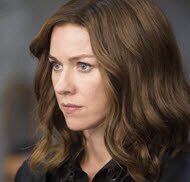 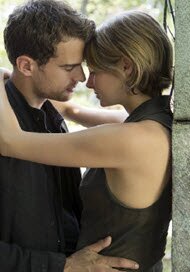 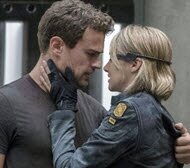 attempting to maintain peace and order by dividing people into types

“The Divergent Series” began with promise. The story of a dystopian pseudo-Communist society where each man is classified into a particular faction based on what best contributes to society. “Faction before blood” (a phrase eerily similar to one found in Marxism) was the motto of the rulers). The “Divergents” were those who wanted to be something more. Although God is conspicuously absent from the series, the books’ author devoted her book to the Father, Son, and Holy Spirit. The theme is that man is more than a cog in a machine and meant for something more.

However, the second in the series diverged somewhat from that theme revealing that their society was a social experiment from some mysterious people who live “beyond the wall.” This is where “Allegiant” picks up. Tris (Shailene Woodley), Four (Theo James), and a few other close friends breach the wall in violation of the orders of the new ruler, Evelyn (Naomi Watts). There, Tris encounters the men behind the experiment who attempt to convince her that she alone is worth saving, and that she alone is special. In the meantime, a civil war erupts in Chicago, and when Tris refuses to abandon her new benefactors, Four leaves on his own to help Chicago.

The theme in “Allegiant” is a strong one that is consistent with the Christian worldview. No one person is more worthy of being saved than another. God made us all individuals with a purpose in life. We are all “damaged,” but we can all be saved. Of course, in the film, salvation takes the form of deliverance from death and a dictatorship, with no mention of God. Nevertheless, the message is wholesome and good. The problem is in execution and in the moral polutants within the film.

Changing directors is not always a good thing. The director of the first film did a good job, but was replaced by Robert Schwentke who also did the inferior sequel “Insurgent.” Like that film, the violence, although mostly bloodless, is extreme. The body count is very high, beginning with mass executions (necessary to the plot). Since the story involves a civil war, we might forgive much of this violence as plot centric, but it is worth a strong caution. There are countless shootings, assaults, and terror. Several scenes include blood dripping down people’s faces, and the execution scenes, although pertinent to the plot, are disturbing.

Sexually, is a passionate kiss, some cleavage, and several silhouetted nude scenes showing the outline of Tris and Four’s bodies.

Now setting aside the moral issues, for there are far worse films out there without the redeeming message of “Allegiant,” the greater problem is that of execution. “Allegiant,” like “The Hunger Games: Mockingjay” is divided into two movies. After watching the first part, it is apparent that the reason is just to make money. There seems little reason to have stretched the first half into a two hour and twenty minute film, especially since they created far too many plot holes and clichés. Many places feel contrived, and the eruption of the civil war is shown almost as an afterthought with little plot development therein.

Personally, I am looking forward to a fresh directing perspective as the final film is set to be directed by a relative new comer. I can only hope that he will place character and plot development over CGI and “cool” looking scenes. I feel the over emphasis on special effects only detracts from the script and story, rather than helping it.

Now, having made these criticism, I do wish to be clear that “Allegiant” is a relatively good film. I actually prefer it to “Insurgent.” It think it is unfortunate that critics have maligned the film so severely. The film is not fairing well at the box office, in no small part because fans feel cheated that the last book was unnecessarily divided in two, but the film is entertaining, with a good message, and I have high hopes that the new director will return the series to its roots for the finale next year.

Positive
Positive—This was interesting and does keep your attention. Half the time, I didn’t know what was going on, but that is part of the entertainment value, just watching it. And certainly brings up lots of good examples of where this world could go one day, thank God we have Jesus! I actually think “Divergent” is a better movie then “The Hunger Games.” I think it’s more interesting and has better actors. But, just like most of these movies, it doesn’t give any glory to God for anything and is certainly not meant for that.
My Ratings: Moral rating: Better than Average / Moviemaking quality: 4

Stephanie, age 41 (USA)
Positive—I, too, liked this more than the critics. Jeff Daniels” performance raised the quality of the film. This was much better than part two, with more story and a few surprises. Some of the the special effects were interesting and added to the film. Do I understand there will be a finale? They could have ended it here, as far as I’m concerned, but I never read the book.
My Ratings: Moral rating: Average / Moviemaking quality: 3½

Jeff Leslie, age 59 (USA)
Neutral
Neutral—To those who are already fans of the Divergent series: this movie won’t disappoint! It was GREAT! Action, properly-timed humor, betrayal, reunion, love, war, peace, and the pursuit of all that is decent in mankind, regardless of the obstacles, is seen throughout. I only wonder how they’ll make the 4th installment a 2-hour film, because I feel like they covered 75% of the book in this movie.

For those who are looking for a little more detail from a Christian perspective and don’t mind ***SPOILER*** (like parents, perhaps), keep reading: As with the previous two movies in the series, this movie has a LOT of violence. I had expected to see Tris and Four get a bit more intimate, but that didn’t happen. (Probably saving it for the 4th movie?) However, there is plenty of implied (silhouetted, shadowed, partially blocked) nudity from several main characters. ***END SPOILER*** I think the directors chose to show as much as possible without getting hit with an R-rating, because they want to draw in the teens.

There is kidnapping of children, murder in cold blood, lies, and a lot of just plain ungodly behavior saturating the movie. As a story, from an Earthly standpoint, it’s great, but from a heavenly standpoint, it’s offensive. This movie is NOT appropriate for children under 13, and it should be discussed with teens, should you choose to allow them to view it.
My Ratings: Moral rating: Offensive / Moviemaking quality: 4½

Chrystal, age 39 (USA)
Movie Critics
…ALLEGIANT has a strong redemptive, moral worldview. The heroine works hard for the betterment of society, protecting life and people …learns a lesson in forgiveness. ALLEGIANT contains elements of sacrifice and fighting against government tyranny. …

Peter Debruge, Variety
…what we’re actually left with is a jumbled collection of heavyweight special effects and flyweight characters carrying out a sci-fi war that seems more about showing off Four’s fantastic nunchuck skills and Tris’ defiant charm than making any kind of meaningful philosophic or spiritual stand. …

Paul Asay, Plugged In
…The confusing latest “Divergent” installment “Allegiant” is strictly for devoted fans… the high school-style emotions that are the story's underpinnings are never far from sight. …

Kenneth Turan, Los Angeles Times
…The weakest of the Divergent movies to date… [2/5]

Mark Kermode, The Guardian
…bloated excuse for a movie… Latest Divergent instalment offers insight into nothing… The clunky moral of this story is that it’s high time that everyone start accepting each other. … [1/4]

Julia Cooper, The Globe and Mail
…Allegiant is more dull than dazzling…

Katie Walsh, Tribune News Service
…“Allegiant” is merely future schlock… so relentlessly dull and meaningless, this entire movie could be removed from The Divergent Series and few would be the wiser. … [1½/4]

Peter Howell, Toronto Star Newspapers
…There’s very much a been-there, done-that quality to this chapter of “The Divergent Series.” … [2½/5]