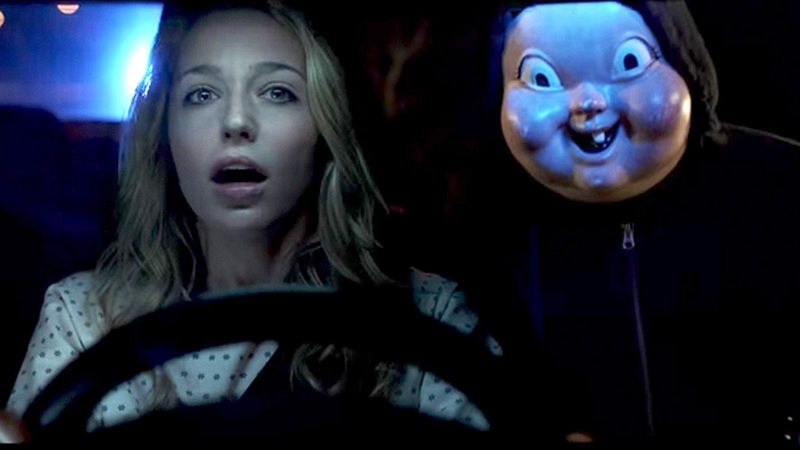 for violence/terror, crude sexual content, language, some drug material and partial nudity. —Note: In our opinion, this film should have been rated “R” 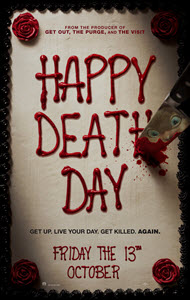 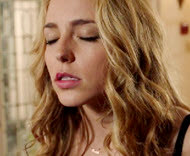 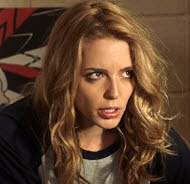 What about the film’s crude sexual content, language, and partial nudity?

What is LASCIVIOUSNESS? Answer

What does the Bible say about MURDER? Answer 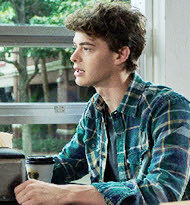 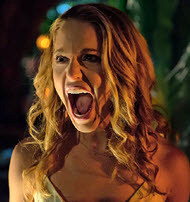 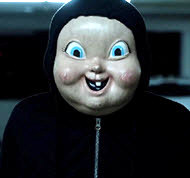 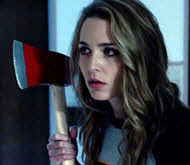 Tree (Jessica Rothe) is a college student who begins her day waking up in some guy’s dorm room not remembering how she got there, nor much of the night before, because she was very drunk. The room belongs to Carter (Israel Broussard), who, sensing her discomfort and confusion, tries to be helpful, but all Tree wants to do is to get out of there, as soon as possible. After all, today is Tree’s birthday, and that means she has a sorority ‘house’ meeting, classes to attend, a date with a married professor, and a lunch with her dad that she is trying desperately to avoid—all before her birthday party begins that night.

Little does Tree know, but she has a knife-wielding stalker intent on making this her last day on Earth, and, after a brief but terrifying chase, he succeeds in killing her. The next moment, Tree reawakens in Carter’s dorm room alive and well, but more disoriented than ever. Didn’t this all happen before? At first, feeling this is the most bizarre example of déja vu ever, by the time she is killed again, she begins to realize that she is in an endless time loop that resets everytime she dies at the hands of her mysterious killer.

Ultimately, she enlists the help of Carter to start finding clues that may lead to the identity of her assassin, so she can end this horrific cycle and, quite literally, take back her life.

A contemporary “Groundhog Day” (1993), however set within a ‘by the book’ teen slasher flick, the time loop gimmick, as presented here, is not without appeal, and while it does play out amusingly, be warned the movie is chock-full of offensive material.

Violence: Heavy. Tree and other bystanders are killed in any number of ways including by knife (in head and body), drowning, run over by car and bus, bludgeoned, poisoned, neck broken, shot by a gun, thrown through a window, head impaled by broken glass and by a car explosion. As with the language, the MPA has chosen to declare this material as acceptable for 13-year olds and up. Parents would be wise to always use Christian wisdom and discretion—don’t simply trust in the MPA’s rating.

Sex/Nudity: Heavy. Each day begins with her waking up without her pants, and as she dresses one can see her briefly in her bra. Her clothes are form-fitting and meant to showcase her cleavage. A couple is seen kissing on the college lawn, and she lustfully follows suit with her professor—a married physician—but is interrupted before sex occurs. On another occasion, she goes to a student’s room in anticipation of having sex, but is again interrupted.

The claim that having “casual sex” with someone is no big deal is a BIG LIE.

ILLICIT SEXUAL LUST—Why does God strongly warn us about it? Answer

The evil of ADULTERY

Learn how to make love real, and the best it can be.

The casualness with which immoral sex is treated reinforces the bad behavior and messaging that our teens are exposed to every day, and we should not go out of our way to see even more of the same.

Regarding that selfsame media, consider that with the prevalence of gay messaging it is no wonder that millennials have been led into believing that homosexuality is commonplace, rather than making up less than 2% of our populace. Another reason why Christians and informed adults in general need to be wary of media misinformation, especially when it comes to fornication.

The central focus of the movie is death, and it should almost go without saying that ideas along the lines of reincarnation do not exist, let alone the film’s fanciful storyline that one can relive a day until a better outcome is achieved. On death’s certainty, the Word of God is clear:

“And as it is appointed unto men once to die, but after this the judgment” —Hebrews 9:27

Death’s finality is what makes it something that is naturally feared by all who live. However, death to the Christian takes on a whole new meaning, once you have the assurance that comes with trusting in the Son of God, Jesus Christ. As the Apostle Paul tells us:

“For the wages of sin is death, but the free gift of God is eternal life in Christ Jesus our Lord.“ —Romans 6:23

Tree’s many deaths make her come to realize what a bad person she really is, and she admits as much, “You relive the same day over and over… you begin to see who you [really] are.” King Solomon spoke about how death is an occasion that can work to our benefit, so long as it causes us to look inward.

“It’s better to attend a funeral than to attend a banquet, for everyone dies eventually, and the living will take this to heart.“ —Ecclesiastes 7:2

Likewise, Tree learns to be ashamed of her behavior and, by the end of her journey, is kinder, and more considerate of others, including her long-suffering dad.

“Happy Death Day” employs a clever twist to the typical slasher flick and will most likely entertain the very teen audience it was intended for, however it does so at the cost of impressionable sensibilities, further desensitization to what is unwholesome and showcases bad behavior with the lame excuse that ‘everyone is doing it.’ Deserving of an “R” rating, it is not recommended for Christians and wholly inappropriate for youth in general.