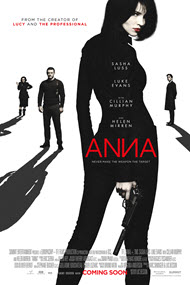 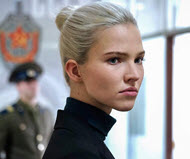 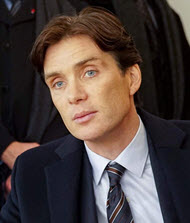 The negative affects of entertainment that mixes strong violence with glamour, beautiful outward appearance and sexuality 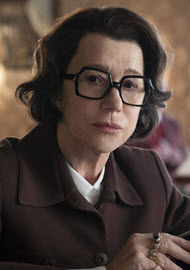 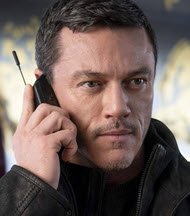 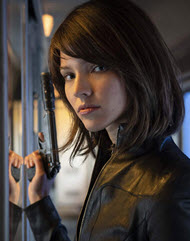 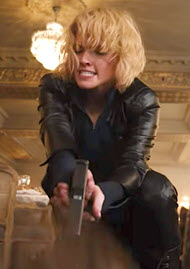 Anna has always lived a very troubled existence. For Anna, life has never seemed to give her even a semblance of a break. She’s had to manage physical and verbal abuse from boyfriends, continual drug use, and living, mostly, on a day to day means. She feels she has no freedom, no life, no real purpose and could really, truly die tomorrow and no one would miss her (in fact she does attempt to take her own life, with no success by the way).

But then an opportunity arises. Following a failed robbery attempt with her abusive boyfriend, a KGB agent, named Alex Tchenknov, approaches Anna as they walk into their apartment. Alex kills her boyfriend and states he has an opportunity for her: to serve in the KGB for 5 years and that she has unique skills that would provide great benefits to the KGB. Anna. at first. is very resistant, but thinking what other purpose does she have other than robbery and living in a lower class neighborhood or more likely being shot by Alex, since she’s seen his face, she decides to serve in the KGB.

It’s a long, cold, bloody road from there, and as Anna begins to spend more and more time, accomplishing more missions, she realizes how much it has drained out of her and how it is just another form of the life of slavery she was use to before.

There truly is no escape for Anna is there?

If I someone were to ask me how to describe “Anna” right now, using only three words, they’d be the following: graphic, repulsive and shocking. For what it’s worth, cinematically, “Anna,” is a movie-making gold mine. With strong performances, even-pacing, in-depth character development and moments of intrigue—layered with genuine twists. The nearly two hour run time doesn’t seem excessive (though, perhaps, maybe at one point the second-act is a little sluggish). At the end of the film, I wanted to see what lies in the future for this franchise—with hopefully far less graphic material in future films.

However, while the film has a lot, cinematically, going for it, it is the excessive, gratuitous and graphic violence that is used throughout the film, along with a heavy amount of sexual content and nudity that takes away any promise this film had. And that’s a shame, because with such a high level of moviemaking quality, this film didn’t need to reach this level of disgust to entertain an audience.

Violence: Extreme. Please note this is just a brief summary of the violent content. A package reveals a severed head. Anna kills numerous people in a variety of fashions throughout the film: stabbings, shootings, smashing their heads with plates, you name it. A man is beaten to death. A character slits their wrist in an attempt to kill themselves (we see blood coming out profusely). There is a brutal fight at a restaurant where people are killed in a variety of ways. A person’s car is slammed into. A girl is slammed against a steering wheel. Police are shot at. There is a car chase, and vehicles are seen overturned. A man is forcibly sedated.

*** Please be aware this next section deals with some very graphic sexual content, as well as graphic nudity. Reader discretion is highly advised. ***

Anna wears some very revealing lingerie, as well as some cleavage-baring outfits.

Other: There is some drinking, and drugs, throughout the film, as well as armed robbery. Some characters are seen smoking cigarettes.

Honestly, there are no real redeeming lessons (none that are original or genuine) that I can draw from this film.

All in all, “Anna” is a well made, thought-provoking cinematic work. However, peel back this film, layer by layer, and what you find is a stunning amount of graphic violence, sex, nudity and vulgarity masking what should be a simple political/crime thriller. It’s a shame, really as this film did have potential. As it stands, this film is not recommended to any audience: Christians, children, teens, adults or families. Stay very far away from this movie.

Secular Movie Critics
…As a slick, over-the-top action picture, “Anna” works splendidly. It features multiple jaw-dropping set-pieces, including a restaurant hit where Anna walks in with an unloaded gun and walks out after killing about a dozen thugs. … a well-made movie that feels like a dodge…
Noel Murray, Los Angeles Times
…A vacuous performance from model Sasha Luss sinks the director’s attempt to add a modern spin on his 1990 thriller “La Femme Nikita”… Besson rests on the “shock” appeal of showing a beautiful blonde woman being able to kill just as ruthlessly and as violently as any man, as if we’re new to the concept and as if that’s enough to add sheen to a tired, familiar plot… [2/5]
Benjamin Lee, The Guardian [UK]
…Anna isn’t as stylish or gripping as “Nikita,” but it does have its own demented charm, particularly in how it toys with structure, nesting competing narrative timelines within each other. …
Bilge Ebiri, The New York Times
…“Anna” relies on a time-shifting structure that is laughably exhausting. …
Brad Wheeler, The Globe and Mail (Toronto)
…Besson’s film feels like a relic by most modern standards: It’s a formulaic thriller…and just about all it’s good for is introducing audiences to Sasha Luss, who carries the film with elegant strength and unleashes a satisfying fury whenever she’s allowed to destroy or humiliate her oppressors. …
William Bibbiani, The Wrap
…rehashes “La Femme Nikita”… a lifeless and instantly forgettable spy flick whose lead, Sasha Luss (a model whose only previous acting credit was in the aforementioned bomb [“Valerian…”]), shows zero promise as a movie star.…
John DeFore, The Hollywood Reporter
…There are a lot of irritants and clumsy touches to Besson’s latest, infuriatingly inferior version of “La Femme Nikita” that ruin it. …
Roger Moore, Movie Nation
…Think of it as a downmarket “Atomic Blonde” (a film that does Besson’s established shtick with a lot more panache and less ick) or “Red Sparrow” without the surface-level professionalism; what’s clear is that Besson doesn’t want anyone to think about “Anna” very hard. …
Ignatiy Vishnevetsky, The A.V. Club