for sequences of war violence and related images, language and smoking. 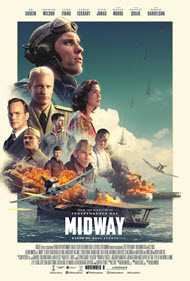 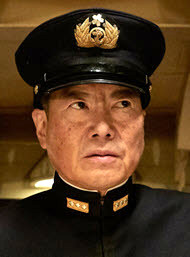 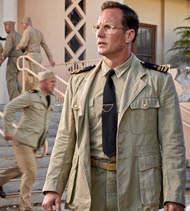 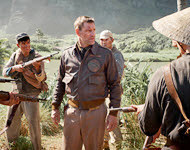 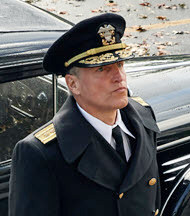 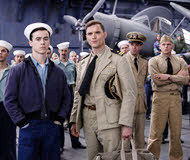 The costs of freedom

What the Bible says about caring for widows 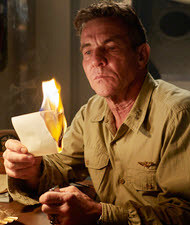 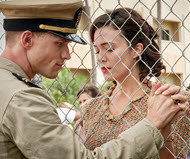 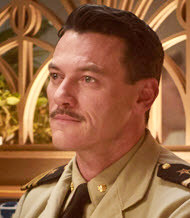 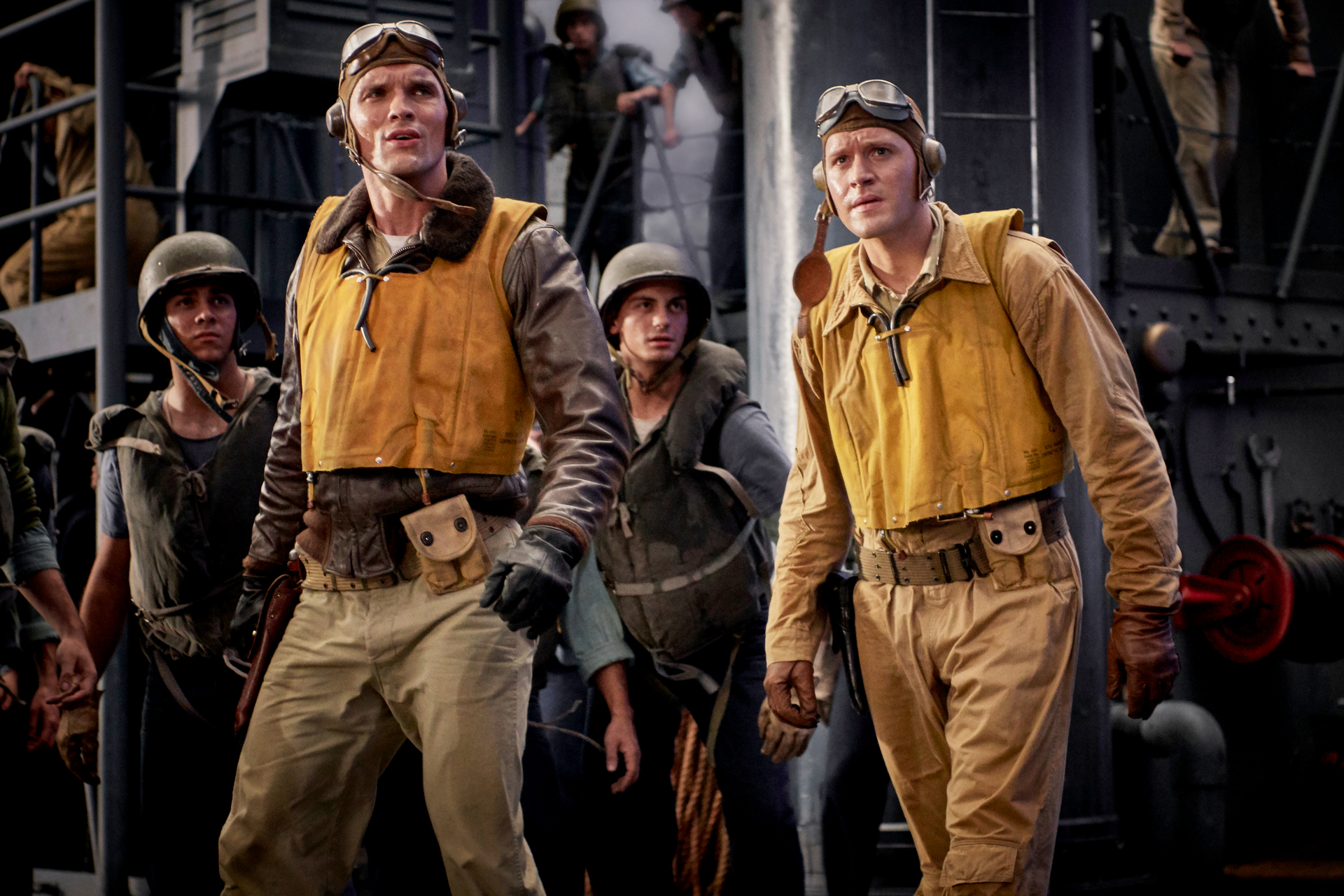 Let’s set the stage. The United States entered World War II after the Japanese bombed Pearl Harbor in December 1941 and for the first few months of the war the Japanese Empire recorded victory after victory. The US finally strikes back against Japan with the daring raid by Lt. Col. James Doolittle and the Doolittle Raiders in April 1942 and halted a Japanese advance in the Coral Sea in May 1942. After the raid on Japan, the Japanese decided to attack Midway Island to lure the American aircraft carriers into a decisive battle. The movie focuses on real characters from the battle, both on the American and Japanese sides, and shows those from senior leadership to those who did the fighting.

As a person interested in the history of WW II, I wanted to see the movie from the very first trailer that was released. The CGI looked remarkable for the ships and the flying scenes, and I could not wait to see the final movie. Technically the movie production is both superb and disappointing. A great amount of the CGI is spot-on and is truly incredible—the depiction of the ships (both American and Japanese) is super, even more so in that none of the ships from that battle still exist. However, there are times where something is not correct and I had to wonder, “How did they get one part so correct, and miss something else so easy?”

The characters seem mostly in line with the history books, although as with other historical movies, much of the personal conversations are written for the movie and may or may not have occurred. There are some embellishments and changes to history, however this is to be expected and did not seem to impact the overall theme.

In a surprise, there are no issues with sex. There is a scene where a husband and a wife lay in bed, but it is not in a sexual manner, and the wife is clothed in a nightgown/robe.

As with most war movies, violence is part of the experience. This is not a movie where deaths are off-screen, but often up-front and personal. There are many deaths onboard the ships, as well as in the attacking aircraft, and there is one scene where a person is executed by throwing them in the water with a weight (although nothing graphic is shown).

Language is a disappointing part of the experience. Although I wish it were not so, the movie portrays less cursing and vulgarity than I expected, given the combat situations portrayed.

The grand theme of the movie is that a great battle was fought on the ocean between Japan and the United States in June 1942, and it was critical to the turning of the tide in the Pacific War. The Japanese did not recover from the loss of the four aircraft carriers and the experienced aviators, while the Americans began the long road to final victory against Japan. The movie also shows leadership on both sides, making decisions which impacted the battles and had a lasting impact on the war. It also shows those who were fighting the battles and the pressures placed upon them because of the war. There is also a storyline on the impact on the families who were “at home” while their loved ones were in combat.

This is not a movie with any Christian overtones. There were no scenes of worship or where men “found God” before or during combat; nothing along the lines of the saying “there are no atheists in foxholes.” There is a scene where one sailor does not like setting up for a church service when he doesn’t believe in God, and this is the extent of conversation in the movie about God. Although the movie does not show explicit anti-Christ activities (beyond the language and vulgarity), I would remind the viewer that the lack of Christ-like actions are also missing, and I do not believe that everyone who participated in the Battle of Midway was an atheist. The filmmaker’s chose not to make God part of the story. Matthew 12 and Luke 11 both contain a quote of Jesus when He said, “Whoever is not with me is against me…”. Just because a movie is not replete with explicit anti-Christ behavior does not make the movie neutral or make it acceptable; the viewer must make a decision on when and where to spend their time and their God-given finances.

Can I recommend the movie? I have to say that I cannot. I thought the CGI is superb, and I appreciate the attempt to generally keep to the history of the battle and participants. Although I appreciate the lack of explicit anti-Christ actions and sexual situations, I must point out the language. The blasphemy in the movie is enough for me to recommend a pass. There will be some who will make the decision that the often-realistic language used in combat and high-stress situations is acceptable in a historical war movie. I would ask the viewer to pray and discern whether watching the movie glorifies God or not. Colossians 3:17 tells us that whatever we do, in word or in deed, do all in the name of the Lord Jesus, giving thanks to God the Father through Him.

Positive
Positive—“Midway” recounts the major naval events of the early war in the Pacific between Japan and the United States. It does so in a straightforward and gripping fashion that may be a turnoff for “artsy” critics seeking innovation, but it works well for historical story-telling for audiences now too young to recall the events their parents, grandparents or great-grandparents lived through. On that level the movie is a real success, and as exciting as you could wish.

…Yes, there’s some language, as you will find in other movies attempting authenticity in this time period. This is an attempt (with some dramatization) to reflect real history, not sanitize it. Having sailors, aviators and soldiers say “aww shucks” or “golly gee, them Japs are bombing us” wouldn’t really cut it as a serious depiction of men seeing friends killed and maimed before them, now would it? It’s not overdone or gratuitous. That said, yes I realize it’s not “Pollyanna.” But unlike some similar movies I could mention there’s no sexual junk or other objectionable content… If you want to take students/children to see this to better understand what their ancestors lived through, please don’t let this rating keep you away.

As some secular critics who are sticklers for telling perfect history point out, there are many details in the timeline and events of the attacks that are not precisely followed. And the sheer intensity of the climactic aerial attacks on the Japanese fleet is overdone. But it does help the audience grasp the reality that these brave aviators faced without flinching, flying into what seemed like certain death, and/or flying beyond the point of no return with their fuel. The American pilots were flying mostly obsoleted and outgunned aircraft and were massacred as a result (for example, one squadron lost every plane and had only one survivor from the battle). But they kept coming and in the end their sheer persistence was just enough to overwhelm the exhausted Japanese defenses and turn the tide of the battle. And the war.
My Ratings: Moral rating: Average / Moviemaking quality: 4

Secular Movie Critics
…light on character development and heavy on battle spectacle, resulting in an impressive-looking but dramatically underwhelming story…
Richard Roeper, Chicago Sun-Times
…oddly unmoving… stiff dialogue and sometimes oddly structured action, leaving much dramatic potential unexploited… Though the movie clearly wants to do right by the players in its story, it rarely brings them to life as real people… An old-fashioned war film unlikely to move younger viewers — or many older ones. …
John DeFore, The Hollywood Reporter
…complete lack of respect for the men of our armed forces. For one, this film treats every line of dialogue, especially momentous ones, as if every U.S. serviceman speaks in clichés and bad tropes as though they called up Vin Diesel’s character in “Fast & Furious” to describe the scene, and he gave the writers a line of dialogue off the top of his head. Further, the scenes meant to show courage or instill fortitude in the brave airmen ring hollow as the rousing — let’s go fight to protect the homeland — are actually lines to the effect of “yeah I guess everybody dies someday” or “hey man if you’re not brave enough to go up again and attack a Japanese force that is on its heels, I totally get it, but man we could really use the help.” “Midway” treats the military as if they’re all uncourageous morons with exclusively New York or South Carolina accents. …
Tyler Grant, Washington Examiner
…even in the face of this cinematic and real-life triumph, the dialogue is paper thin. …“Midway” turns the WW II battle into a cartoon… the director has taken real, living men who acted heroically and turned them into pulp comic strip characters. He might need to apologize to them the most. …
Mark Kennedy, Associated Press
…A stolid film that largely rests on its director’s competence at helming extravagant aerial views of pyrotechnic destruction. …
Ignatiy Vishnevetsky, AV Club
…The Achilles Heel of this “Midway,” unlike the more melodramatic 1976 film starring Charlton Heston, is one of focus and scope, a sweeping film that sweeps up too much to digest, with lots of time for corny dialogue in the bargain. …
Roger Moore, Movie Nation