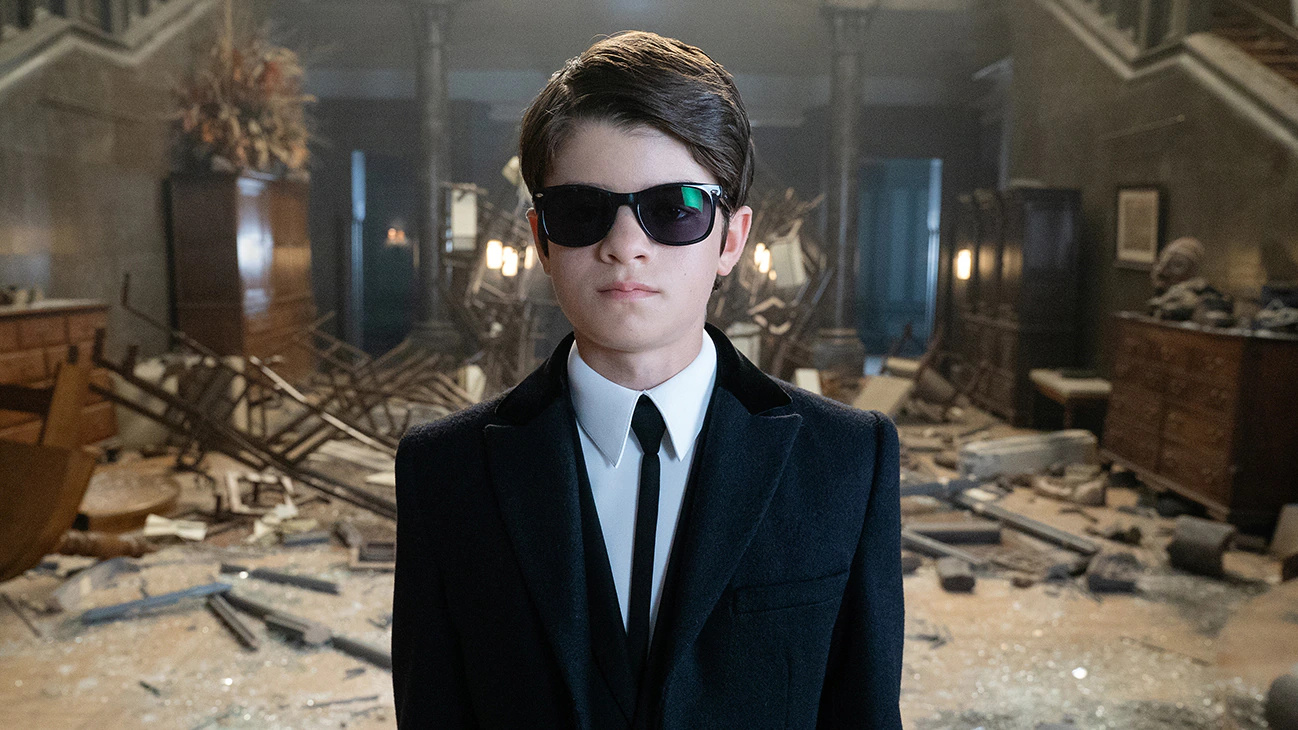 for fantasy action/peril and some rude humor. 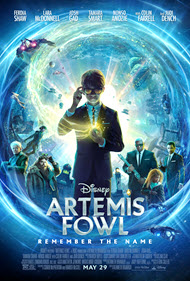 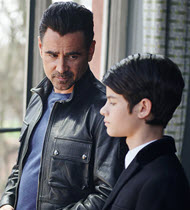 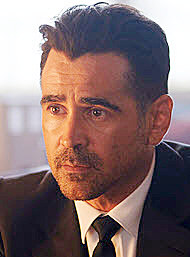 Father who has gone missing

Kidnapping a fairy for a large ransom in gold

Gold in the Bible

Ireland and Irish mythology and folklore 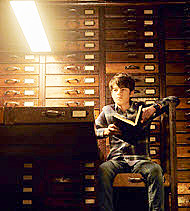 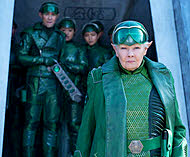 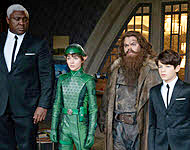 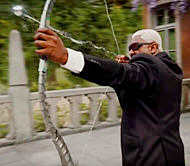 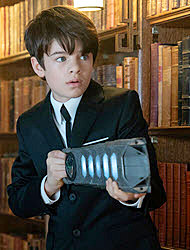 Artemis Fowl Jr. is smarter than most children his age. In fact, you could say he is a genius. Artemis Jsr. is, of course, aware of this, and spends much of his time, not so much with his peers—whom he feels are inferior to him intellectually—but with his father, Artemis Fowl Sr (Colin Farrell), studying and researching the existence of folklore-like creatures, particularly fairies (Artemis Fowl Sr.’s other work involves dealing and trading precious antiques and artifacts from around the world).

During an important business trip, Artemis Fowl Sr’s helicopter disappears. Soon, the young Artemis receives a mysterious phone call from the kidnapper that he (she?) has Artemis Jr’s father captive. To free his father, Artemis must retrieve and bring to the kidnapper a magical device called the Aculos, a device that, in the wrong hands, would bring nothing but devastation to both humans and fairy kind.

So what is young Artemis to do? Well, Artemis is a genius afterall. So he decides in order to find the Aculos he will enlist the help of a fairy. Well, actually, he’s going to have to capture a fairy first. He doesn’t think they’ll just help willingly. Artemis is successful and catches the fairy, Holly, who eventually decides to help.

The clock is ticking for young Artemis… for him, his father, and for the fate of both fairies and human-kind.

The effects of the Coronavirus have taken their toll on the global community. Not only have many lives been lost to this virus, but economies and businesses across the globe have also suffered, as many have had to either close down for some period or, sadly, permanently.

Once movie theaters were mandated to close to the Coronavirus, many filmmakers and production companies, such as Disney, decided to move their theatrical releases to their streaming platforms. It was a way, as one source stated, to bring comfort to those who were suffering or staying home during the quarantine. The “straight to streaming” started with “Trolls: World Tour” and then over a dozen other films followed suit, including “Artemis Fowl.”

It might seem like I just went off on a tangent, but I promise there is a point to all this. In what I can only guess was an attempt NOT to move any more theatrical release dates, Disney decided they wanted “Artemis Fowl” to still be released around the same time it would have originally been. With many theaters around the world, and around the United States closed however, a theatrical release was not an option, so they decided to go straight to streaming.

The result, at least from what I can tell, is that the quality of the film has been minimalized and marginalized. This film had the potential to really lift up and honor such a well known and iconic novel. Maybe I’ve become TOO much of a critic, but, honestly, the entire film—all 95 minutes—feels disjointed and, at times, rushed. The plot is incredibly uneven and just plain confusing, moving from scene to scene, introducing characters rather rapidly and without any real context. For example, one of my biggest concerns (and this is by no means a spoiler) is that the movie focuses most of its time on saving the fairy Holly (I would say this lasts about 40-45 minutes) and only 20 minutes are devoted to saving Artemis’s father. Add to this that the relationships between the main characters feel flat, and the result is a rather lackluster film.

Judi Dench is such a talented actress that she should not have been placed in this role. It didn’t fit her at all. Colin Farrell is also extremely underutilized.

To the film’s credit, the special effects are pretty good, and Josh Gad’s character provides enough comic relief to remind us that this is not a film that we need to take very seriously. However, at the end, I was scratching my head thinking, “This needed editing. What a shame.”

Violence: At a wedding, a young girl is thrown by a troll against a wall. A woman falls off a tent. A fairy is shot with a tranquilizer dart and captured. Artemis and his bodyguard, Dom, attack other fairies as these fairies are trying to save Holly. Many fall to the ground, though none seem seriously injured. A character named Mulch steams a Goblin’s brain. A troll rampages through a home, destroying everything, putting people in danger and tries to grab the m and eat them. It’s a human-eating troll. Someone has a troll fall on top of them (nothing graphic). Fairies are seen being sucked in by a faulty time warp. Someone punches a boy’s face. Stun guns are used. There are some scenes involving sparring (mild). People are verbally threatened. A man is thrown off his boat by a wave.

Other: Artemis’ attitude and disrespect toward adults and his peers is a bit concerning and might be a concern for parents. There are times where Artemis thinks that he is so intellectually superior to others that he shouldn’t be forced to interact or deal with them. Artemis also kidnaps Holly. Mulch, as a dwarf, likes to dig through dirt and when he does his mouth opens really wide and dirt comes out the, uh, other end. Mulch is also seen pickpocketing people.

Occult (?): The film also deals and displays mythological creatures like dwarves, fairies, trolls, etc. The fairies use magic in an attempt to free Holly and to heal people who are injured.

One of the themes the film focuses on is the judgment of others. When Artemis Sr. first disappears, the first thing the world assumes has happened is that Artemis Sr. stole all the artifacts and is hiding out somewhere, that Artemis Sr. is actually a criminal mastermind. In this, all Artemis Jr. wants to do is to clear his father’s name.

Judging others comes at a cost. The Bible is clear that true Judgment comes from God and God alone. Only God can test and know the true motives of our hearts, our souls and our minds. Only God can determine our honesty and sincerity in living and believing in Him. We cannot judge each other. The Bible states the following:

“There is only one lawgiver and judge, he who is able to save and to destroy. But who are you to judge your neighbor.” —James 4:12

“Therefore do not pronounce judgment before the time, before the Lord comes, who will bring to light the things now hidden in darkness and will disclose the purposes of the heart. Then each one will receive his commendation from God.” —1 Corinthians 4:5

Also we must be careful not to accuse one another falsely, this includes the spreading of rumors, gossip and the like.

“You shall not bear false witness against your neighbor.” —Exodus 20:16

“Artemis Fowl” needed a lot more time in the editing room before it was released. I truly feel that the pressure for Disney to place it on their streaming service Disney+ only hurt the overall quality, as the pacing is uneven, the plot has quite a few holes that need filling in and the characters need more development (I finished the movie not really caring if there will be a sequel or not, though the ending certainly leaves the film open for a sequel).

Content wise, there is a moderately heavy amount of violence to contend with (though never graphic), and some behaviors displayed by Artemis Jr. will likely warrant some discussions by parents with their children. All in all I would say it’s somewhat safe for viewing by older children, age 12 and up. As always, viewer discretion is advised.

Neutral
Neutral—This was a pretty boring movie.
My Ratings: Moral rating: Average / Moviemaking quality: 3
Stephanie, age 45 (USA)
Comments from young people
Negative—As a huge fan of Eoin Colfer’s work in this series, I must say Artemis Fowl was a massive disappointment. The film’s only two redeeming qualities were its lack of excessive innuendo/swearing and the natural beauty/CGI beauty in several scenes. If you haven’t read the books and are under the age of 10, you might be able to enjoy this film for the first half hour before getting tired of it. If you have read the books, here’s a list of things they infuriatingly changed/botched as warnings before viewing this film (MINOR SPOILERS):

1. All sense of intrigue and suspense are constantly removed by the editing out of important plot development scenes from the book (finding that fairies exist, Holly’s escape, and more). Dialogue and story editing was done either done entirely by Tommy Wiseau, or by a collaborative of wild monkeys.

Character races and genders are all very off from the books, detracting from their intended development in several cases. Butler and Juliet are black (originally white with Japanese ancestry), commander Root is a woman (originally a “Tommy Lee Jones” type character), and Foaly (the original comedic relief) is a serious, geeky, incompetent, young Indian guy?! (the race is probably accurate to the source, but all other attributes are totally wrong)

2. Butler, my favorite character from the book due to his extreme Alfred-like loyalty and awesome combat abilities, was reduced to a semi-competent human cyborg. I can’t believe how poor the casting for this role was with how easy the part is, all they need is the biggest guy they can find, and then hand him a suit and gun, then have him stand next to Artemis for most of the film like a secret service agent. Juliet, similarly, became little more than a playmate for Artemis, which was incredibly cringey. All guns were removed from the film (probably to keep the PG rating), which made Butler’s character really lame and fairly pointless. He was next to useless against fighting off the fairies (who he dispatched with ease in the book) without their tech and the showdown occurring in the climax of the book against the troll went from an epic and awe-inspiring feat of self-sacrifice on the part of Butler to nauseating stupidity.

3. The main character Artemis, who we know as a teenage criminal mastermind, has lots of emotional displays throughout the film, going totally against his “sociopath” personality. No mentioning of his famous “Aurum est potestas” is ever referenced, and his dad goes from dope mob boss to goofy, superstitious antique dealer. Artemis senior is suddenly the one who is focused on fairies (not his son), and inexplicably acquires an absurd amount of fairy stuff without writing how it happened in his journal.

4. For some reason they threw in a bunch of antagonists from other books for no reason or impact whatsoever. The central plot (kidnapping a fairy) is a little consistent with the source material, but the movie drowns in weird subplots that get very little screen time and only serve to ruin audience immersion in the story and characters **MEDIUM SPOILER** (finding Artemis senior, fairy political power plays, the weird all-powerful fairy artifact that can do anything, etc.) **END MEDIUM SPOILER**

5. The worst news is last… Olaf plays Mulch Diggums, who pointlessly narrates the ENTIRE FILM in a BATMAN VOICE!! Not generally a fan of narration because the point of a film is to explain with pictures, but this movie is next level when it comes to horrible narration. Like your friend who’s seen the movie and has to explain everything as you watch it happen level of bad.
My Ratings: Moral rating: Better than Average / Moviemaking quality: ½