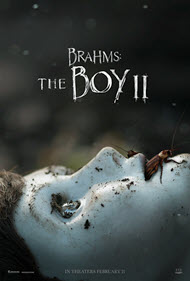 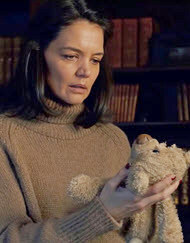 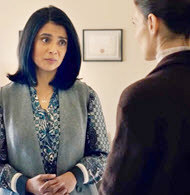 Fictional stories that imagine supernatural manifestations of evil —Are they spiritually healthy or unhealthy?

Parents very worried about their child’s behavior and inner thoughts

A young child manifesting an unusually dark side

Attempt to isolate a kid from potential bad influences that backfires 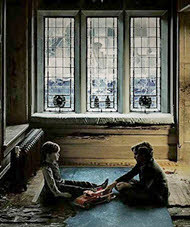 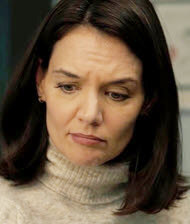 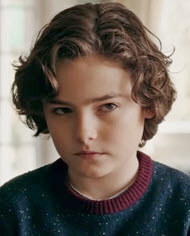 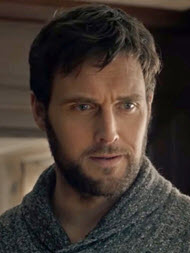 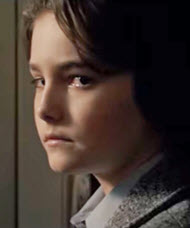 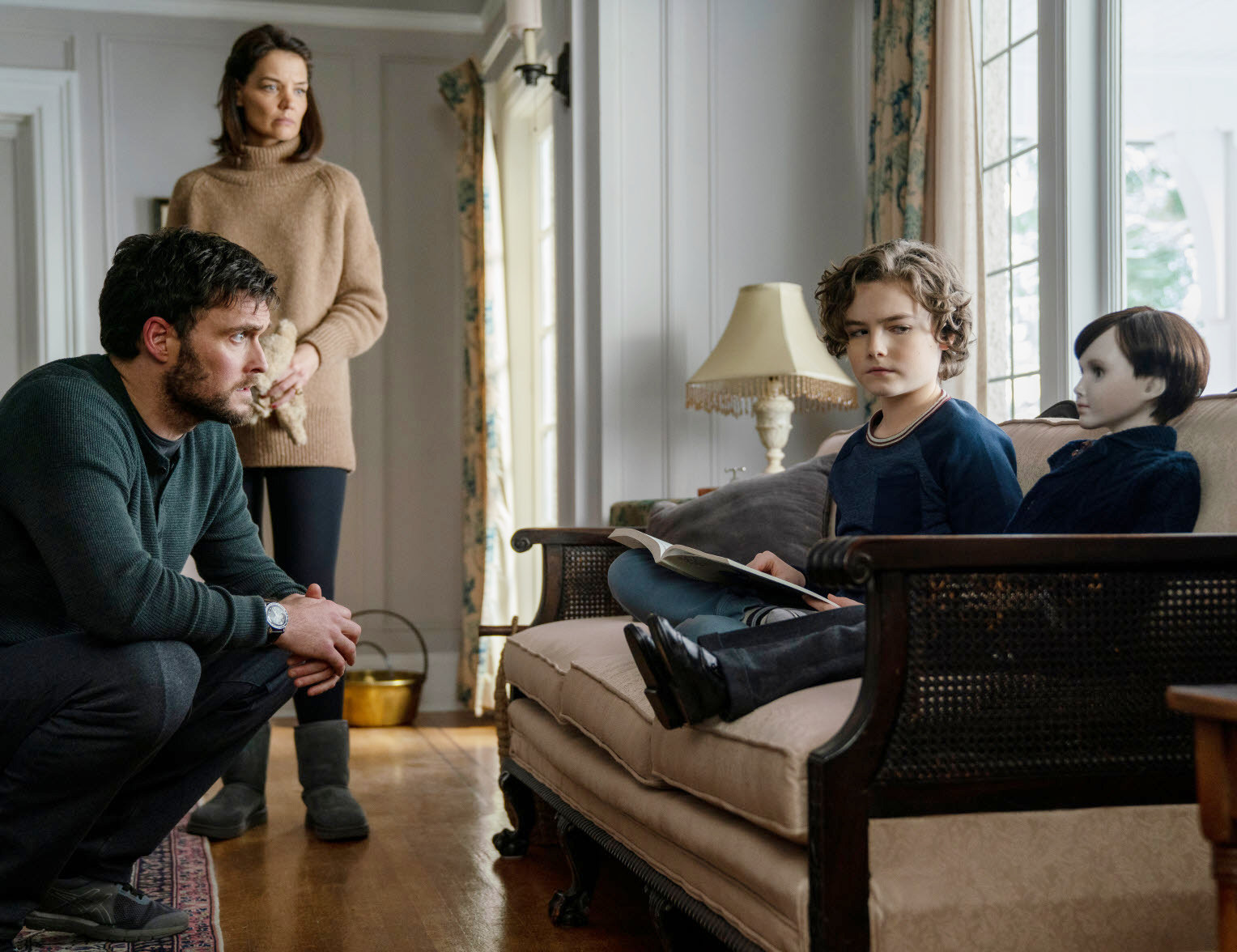 Liza (Katie Holmes), her husband Sean and their son, Jude, live a pretty quiet life at home. However, one night, while Sean is at work, and Liza and Jude are left home to fend for themselves, vicious burglars break into their homes, brutally attacking Liza, leaving her unconscious, with Jude screaming and watching from a distance.

Fast forward about five months to present day. As a result of the burglary, Jude no longer speaks except through a notepad and marker. He has been seeing a child psychiatrist and is now being homeschooled by Liza who, herself, is still suffering recurring nightmares from the whole ordeal. Sean suggests that perhaps it is time to leave and start anew. “Perhaps you’re right,” agrees Liza.

And so the family moves to the guesthouse located next to the mysterious Heelshire Mansion. Upon arrival, Jude discovers a doll buried in the ground. He excitedly tells Liza and Sean that he wants to keep it, and, eventually, Jude begins to speak again, but only to the doll. But then some strange things start happening to Jude that seem to be connected to that doll: He keeps treating the it like it’s alive, and says the doll has rules that must be followed, a large table is flipped over on its own, etc.

Perhaps the past needs to stay in the past.

2020 has not been a great year for horror films so far. With films like “Fantasy Island” and now “The Boy II,” the promise of any really scary or thought-provoking horror films (if such a thing exists) seems, like the premise of “The Boy II” itself, a fantasy itself.

To be fair, “The Boy II” didn’t have much of a fighting chance for success since the announcement was made by STX. Without spoiling it for anyone who has not seen the first film, those of us did see the original “The Boy” asked, “Why did you have to make a sequel? The first film ended perfectly! Please leave it at that.” Not every film NEEDS a sequel (I mean really, did the first Terminator movie need 8 more sequels and reboots?). Sometimes one movie is all it takes, even if that one movie ends in mystery. Perhaps leaving a story in mystery is what makes the movie-going experience that more special.

But, of course, money talks and what we have now is the “Boy II.” As a sequel, the “Boy II” fails to add anything relevant to the first “Boy.” If anything, it added more questions and more disappointment to someone, like myself, who appreciated the mystery and expert craft that was found in the first “Boy” film.

If this film was a standalone film, it would still fail in many respects. The performances, even by Katie Holmes (who I happen to think is a truly talented actress) were stale, as if the actors were doing the best they could with what they were given. The CGI and special effects are so low-grade that I found myself quietly chuckling throughout the film. The plot is also thin and so silly, particularly when it comes to situations involving Liza and Brahms or when she carries on impractical conversations regarding Jude with Sean and Jude’s psychiatrist that lack so much sense that I kept asking, “Is this for real?”.

Look, I’m not trying to bash this film into oblivion. I’m trying to find one good thing, filmmaking wise, that “The Boy II” accomplishes, but really there isn’t a lot, apart from perhaps that the amount of offensive content, overall, isn’t nearly as much as the first film. Still, though, I was hoping for more than what I received.

VIOLENCE: As previously mentioned, during a home invasion two burglars beat Liza and she is knocked unconscious. A character is strangled in a dream sequence (this sequence occurs throughout the film in a few other instances). A character draws some disturbing drawings of a dead dog, a child holding a gun over their dead parents. We see a few threatening violent messages written from Brahms. We see the rotting corpse of a dog (briefly). Jude is seen being pushed around by a kid. A kid falls and is impaled in the shoulder with a wooden spike (we briefly see him on the spike and then being carried off but don’t know what happens to the kid after). We hear and read some articles about how other families were murdered. A character has hot candle wax thrown in his face and hit in the face with the butt of a shotgun. Lastly, a character is blown back against the wall and killed.

LANGUAGE: H*ll (1), Sh*t (2), Christ’s name is misused a few times. Other profanity includes someone mentioning that a conversation that Liza had with the groundskeeper as a conversation in which she was seen “bringing home the strays already.” Someone is described as “mental” multiple times (meaning mentally unstable), the word “sucks” is used, the word “nutter” is also used.

OCCULT: The movie presents the doll, Brahms, as a doll that can control objects (like throw tables) and move from place to place, as the doll is possessed. A character also becomes possessed by Brahms.

OTHER: *MINOR SPOILER* When Brahms’ head is smashed, we see some grotesque flesh like substances inside the doll’s head, including insects *END SPOILER. Moths are seen flying out of Brahms’ mouth. There are also two other mild jump scares (not many others). A centipede crawls out of Brahm’s ears.

ALCOHOL/DRUGS: Some adults are seen drinking wine in one scene.

One of the themes the film touches upon is possession and the dangers of demonic entities. Brahms is a doll that, unfortunately, has the ability to possess humans and also control the environment around him. He is an object controlled by a demonic entity and demonic entities are servants of the Great Deceiver, Satan.

As Christians, we must remember that while we will always have God, we also have an enemy, Satan, and that Satan will stop at absolutely nothing to ensure that we are forever separated from God for eternity. He does this by telling us that God has abandoned us, or that we don’t need Him, or that God doesn’t know or can provide for our needs like we thought he could.

Don’t listen! The Bible cannot be more clear when it states the following about how to stand against Satan and his demons…

“Put on the whole armor of God, that you Walt Disney Studios Motion Pictures be able to stand against the schemes of the devil. For we do not wrestle against flesh and blood, but against the rulers, against the authorities, against the cosmic powers over this present darkness, against the spiritual forces of evil in the heavenly places.” —Ephesians 6:11-12

At one point in the film, I turned to the person next to me and asked, “Are you sure we’re watching a horror film?”, to which she replied, “Yes.” Truthfully, the film is more violent than scary, as I mentioned in the Content for Concern section, and the plot is so incredibly poorly written that it literally took what made the first “The Boy” so memorable and so unique and turned it into some cheap and formulaic, which is sad.

So in short, while “Brahms: The Boy II” isn’t overly offensive, it is still offensive enough to discourage anyone from seeing, especially Christians. Apart from that, as I said, the film is just a total miss. Like the doll Brahms himself, this sequel should have stayed buried.