for violence and terror, and for some thematic material. 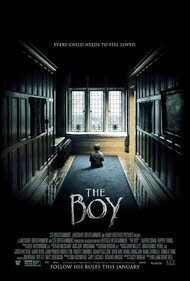 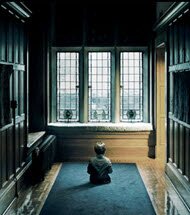 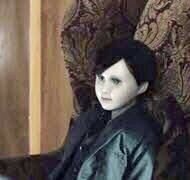 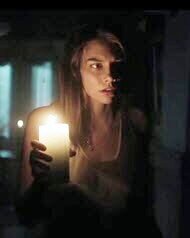 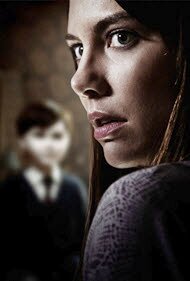 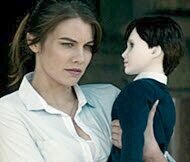 coping with the death of a child

Greta Evans, a girl from the United States, takes a position somewhere in the United Kingdom at the home of Mr. And Mrs. Heelshire. What is Greta’s role you might ask? To serve as nanny and caretaker to their young son Brahms.

At first, Greta thinks nothing of this, until she actually meets the young, uh, Brahms. In reality, Brahms is a doll. She laughs. This is a joke right? But, as it turns out, Mr. and Mrs. Heelshire are so stricken in grief by the loss of their real son, Brahms, that they believe his existence still remains in “toy” Brahms.

Mr.and Mrs. Heelshire tell Greta they are going on vacation for a couple months and to look after Brahms. Greta is to follow and adhere to strict instructions left for her. When they leave, Greta at first ignores the instructions, believing, “The doll’s creepy and who really cares if I actually take care of it?”

Wrong answer. Strange things start to occur in the house, and it leads Greta to beg the question. Is the real Brahms alive through Toy Brahms, or is it all her imagination?

Over the past several years that I have volunteered for Christian Spotlight, I have had the opportunity to review multiple horror films (“The Uninvited,” “Dark Skies,” “Insidious Chapter 2” and 3, etc.). Looking back at these reviews, I have analyzed and come to understand what I am looking for as a horror movie critic in order for it to be considered worthy of a recommendation—elements such as a strong plot, a good “moments-of-scare to moments-of-calm” ratio, strong performances and a strong ending. For “The Boy,” I can say without a doubt that this film perfectly qualifies under all the mentioned criteria.

Let me be very straightforward about what “The Boy” is NOT. It’s NOT a “slasher” or a “gore” film, like “The Hills Have Eyes” or “Nightmare on Elm Street.” If this is what you are hoping for, you will not find it in “The Boy.” And to be quite honest, “The Boy” was not written for that purpose.

What “The Boy” IS though is a film built on a never ending cycle of suspense, terror (and occasionally psychological unease—more on that later). Allow me to explain…

“The Boy” reminds me of a lot of the films by Guillermo del Toro (“Devil’s Backbone,” “Pan’s Labyrinth”). When del Toro writes, directs or produces a film (take for example the film, “Mama”), he does so with the intention of producing a story where the film has to gradually and slowly develop in terms of scare. As I’ve heard it said, he does not “scare for the sake of scaring.” He develops a strong plot and implements each scare at the appropriate time and in the appropriate scene, a sort of roller coaster effect, if you will—a tap on the shoulder hear, a creak from the floor board, an unexpected telephone ring. He builds the tension so that once the real scares come later on, the viewer is frantically thinking, “What’s going to happen? What’s going to to happen?!”

Without revealing too much, “The Boy” provides not only suspense, but also a sense of psychological uneasiness. This balance is provided by strong performances by not only Lauren Cohan in her role as Greta, but also from Jim Norton and Diana Hardcastle as Mr. and Mrs. Heelshire (who in essence establish the psychological unease from the very beginning). The setting is also quite disturbing. From the shot of the house on the outside to the creepy paintings on the walls, this house is just down right eerie.

While “The Boy,” in my opinion, certainly contains a much lighter presence of objectionable content than most horror films, there is still some content that I must mention.

Sex/Nudity: Moderate. In one scene, Greta is seen showering (we see her silhouette in the shower, but when she comes out she is covered in a towel from the chest down). In another scene, Greta is seen in nothing but a button-down shirt and panties. Greta and a grocery boy, Michael, kiss passionately a few times and attempt to have sex, but are interrupted before anything occurs.

Other: There is a brief moment where a young man jokingly tries to read palms. Greta is seen drinking wine on a few occasions.

Ever since the fall of man in the Garden of Eden, death has always been a part of our lives. We deal with it every day of our existence, whether we hear it in the news or whether it comes to us personally; it is inescapable.

I once heard someone say, “When someone dies, it is far more painful for the one who is left alive on Earth and who has to pick up the pieces.” This is true. When we grieve, some of us may place barriers or try to compensate for the loss (such as in the Heelshire’s case), in an effort to deal with the pain. But we, as Christians, hold to the fact that we will be comforted. It won’t always be immediate, but it will come. It is a promise. For the Bible clearly tells us that when we are grieving, or in pain, that God will be there and that we can assured that He will carry us through each and every painful moment.

“The Lord Almighty is with us. The God of Jacob is our fortress.” —Psalm 46:7

We are also reassured that those who believe in Christ will be reunited with him when he calls us home. As Jesus said:

“And I heard a voice from heaven saying, “Write this: Blessed are the dead who die in the Lord from now on.” “Blessed indeed,” says the Spirit, “that they may rest from their labors, for their deeds follow them!” –Revelation 14:13

I don’t remember the last time I reviewed a horror film and gave it as high a commendation as I have with “The Boy.” Two hours after leaving the theater, I am still amazed at how brilliantly written the film is, and, consequently, how many critics have virtually disapproved of it. The film provides a nice balance of suspense, horror, and psychological unease with a strong sense of pacing. As for a recommendation, even with the praise I have given it, as a Christian, there is certainly content to be aware of that may not be suitable for some (violence, profanity, and partial nudity). As a reviewer and suspense/thriller fan though, I recommend the films for adults and teens only. Ultimately, the choice is yours.

Neutral
Neutral—“The Boy” was a really good thriller, in fact I have recommended it to a couple friends. Most of them pointed out things I did not quite understand, ***SPOILER*** Greta should have left when she found out that Brahms was not a real boy, also with the nightmares and the voices she later on hears. Any person with a brain would agree. Also, when the Hillshires left and “Mummy” whispered in Greta’s ear “I’m so sorry.” that should have made her flip out more than what she did. She stood there clueless!!! That made me so mad! Anyone, and I mean ANYONE would have been out of that place in a jiff. “Daddy” also was acting so weird before they left.

Another thing that made me super mad, was that “Mummy and Daddy” killed themselves… Like they were old anyways, so why didn’t they just wait it out? I don’t know that just didn’t make any sense… ***END SPOILER*** Anyways, sorry if I just kept rambling on, there is so much more to say about the movie I’m just way to lazy to type it all out.
My Ratings: Moral rating: Better than Average / Moviemaking quality: no opinion