for disturbing violent content and grisly images, and for language including some sexual references. 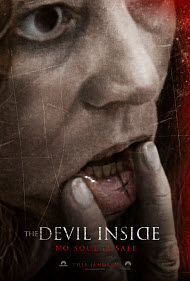 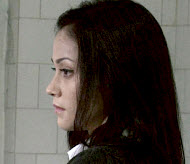 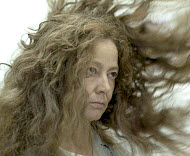 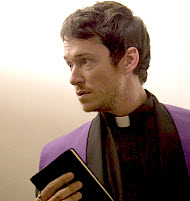 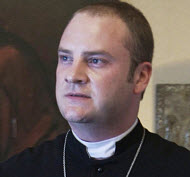 self mutilation (cutting) due to demonic possession

I seem to be the reviewer of choice when it comes to “found footage” themed movies that deal with exorcism. I’ve already reviewed “The Last Exorcism,” and now “The Devil Inside,” which is about a young Mexican woman who is trying to deal with her mother’s demonic possession. When the film opens, we learn that the mother killed three priests in a failed exorcism. She is now confined to a mental institution, and the Vatican isn’t willing to perform another exorcism on her. So our heroine goes to an exorcism school, where she meets two young priests who disagree with the pontiff’s stance.

We learn that demons can jump from one person to another. We also learn that all of the people involved in this exorcism have less than rosy pasts. The old Catholic church might have called this “unconfessed mortal sin.” And make no mistake, Catholicism plays a big role in this movie.

And you know… despite all the profanity and violence, what offended me the most was that Catholic ritual is portrayed as the only way to deal with demonic possession. I don’t think this stands up Biblically. We sola scriptura Protestants would say that all you need is to confess your sins before the Lord and then exorcise those demons in the name of Jesus.

Now, I’m not big on devil stuff. I hope I never witness a live exorcism, and I take offense to Christian ministers (or charlatans) who make money off of telling their devil horror stories to gullible audiences.

Having said that, I can’t recommend “The Devil Inside” to Christian audiences. It has a depressing and unsatisfying ending, and we learn nothing worthwhile from this movie. There’s no reason to see it.

Positive
Positive—“The Devil Inside” was an excellent movie. …Exorcism is an essential part of the ordained priest‘s ministry and always has been. …Do you think the devil is sweet and cordial? Naaaaaa he’s a violent, cruel deceitful, lustful maniac who in the movie was portrayed more subtly than he really is guaranteed. Don’t you get the spiritual war above you?
My Ratings: Moral rating: none / Moviemaking quality: 5