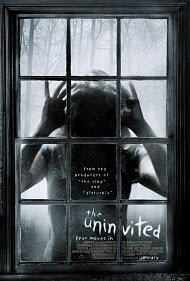 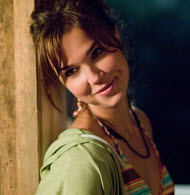 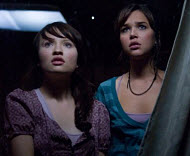 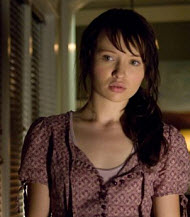 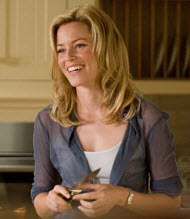 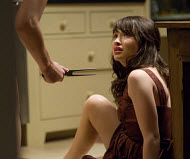 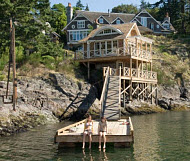 This film is based on Kim Jee-Woon’s 2003 Korean horror film ‘Tale of Two Sisters.’

The story begins with our protagonist, Anna Robertson. After a tragic boathouse fire claims the life of her ill mother, Anna is sent to a mental institution, for various reasons. Ten months go by, and Anna is released back into the custody of her father (David Strathairn), her sister Alex (Arielle Kebbel) and the family nurse, Rachael (Elizabeth Banks). However, as time goes by, Anna starts to believe that Rachael is not who she says she is…

This is a dark film, from start to finish. “The Uninvited” pursues a creepy, thriller genre throughout. The Guard Brothers have produced a somewhat enjoyable film, however it is marred by various problems. The performances by David Strathairn and Emily Browning are astounding. Elizabeth Banks, also, puts in a fairly decent job in her role as Rachael Summers.

In terms of cinematography, this film is spot on. The music is just right, providing the eeriness this film needs to keep it going for 80 minutes. The scenery, though dark for most of this film, is nonetheless pleasurable. The film however, does tend to drag in some areas, and I found myself having to check the display menu on my television to see how far I was into the film. Other than that, like I said, this film is pretty good.

Unfortunately, there is a huge amount of violence, language, sex/nudity and other questionable items.

Profanity: The profanity in this film is heavy. I counted two instances of G**d**n, one instance of bull-s***, two instances of sh**, two instances of b***h, and one f**k. The term “crack whore” is mentioned, as well as “stripper pool.” One character suggests having sex with Anna by saying “I love you, and I have a condom.” Alex mentions Rachael helping their father “three times a night.” The word “ecstasy” is used in a sexual context. Alex mentions to Anna that Rachael was “riding their dad.” Alex also mentions to Anna that she is going to be “hung over.”. Lastly, Anna suggests a character should “slit his wrists, too.”

The sex/nudity in this film is very heavy for a film that is rated PG-13. Anna and a boy named Adam are seen having sex at the very beginning of the film. Alex and Rachael wear cleavage-exposing outfits. There is one scene where sexual noises can be heard coming from the father’s bedroom. Alex finds a sex toy and tells Anna that its name is “Mr Chubby.” In a later scene, Anna is seen half naked. Towards the very end of the film, Rachael and Anna’s father are seen having sex.

There is a scene of teen drinking at the beginning of the film. In another scene, Alex comes home drunk and admits to it. A patient talks to Anna about all the bleeding that occurs from cutting yourself. There are a couple scenes where blood comes through a door and can later be seen all over the floors of the house. The film has multiple brief instances of terror.

As with any horror/terror film, the story revolves around fear. When we have God, however, we have nothing to fear. God is always there, no matter when we need him, especially in times of uncertainty and doubt.

“Even though I walk through the valley of the shadow of death, I will fear no evil, for you are with me; your rod and your staff, they comfort me.” -Psalm 23:4 (New International Version)

“Turn your ear to me, come quickly to my rescue; be my rock of refuge, a strong fortress to save me.” —Psalm 31:2 (New International Version)

In short, while this film has relatively high movie making qualities, I cannot recommend it to anyone due to heavy amounts of violence, sex/nudity, and profanity.

Positive
Positive—Great movie! Loved it because it was creepy and had me on the edge of my seat. I was a bit frustrated about the scene where the girl’s find their stepmom’s sex toy. It was not necessary to the plot whatsoever, and the movie would have been better without it. Some cursing and other content, but nothing unique to this movie that isn’t already prevalent in most movies.
My Ratings: Moral rating: Average / Moviemaking quality: 5

K.R., age 27 (USA)
Positive—I went in, uncertain of what to expect, and was pleasantly surprised to find a movie that was actually worth seeing. It was refreshing to view a scary movie, or movie in general for that matter, which did not contain a bunch of sex and nudity. This movie focused more on the story rather than the actions of the characters.

Although, it did touch on the subject, there was little that offended me. Offensive content that comes to mind is: Anna’s (Emily Browning) two make out scenes, Alex’s (Arielle Kebbel) constant need to drink and party, Anna has a scene where she is shown in her bra and underwear, Alex wears skimpy swimsuits or revealing clothes throughout most of the film, a few curse words are scattered throughout (of which I do not recall exactly which or how many, I don’t remember any Fs, but there were a few SHs), Rachel (Elizabeth Banks) wears a few revealing outfits, there is a lot of blood, violence, and killing, and the undead often visit or haunt Anna. I do not recommend this movie to anyone who cannot handle frightening moments and gore. Again, rather than relying on blood and gore to make the movie, “The Uninvited” focused on the suspense of the story and the twisted ending. Emily Browning (Anna) was excellent in the lead role, giving the character believability and depth. I thought she could have done a little better in portraying the character’s complexity and emotions but, overall, I was satisfied.

It was fun to see Elizabeth Banks (Rachel), who usually makes us laugh, in a scary role. She pulled it off as the creepy-Stepford-wife-esque stepmother. One of the only problems I had with this movie is the way that they portrayed the father. The dad is completely oblivious to his daughters' needs and selfishly looks for love of his own. Sadly, I think this is all to true in today’s world. Death and divorce tear apart God’s vision of the family unit. From that reaps pain, sorrow, depression…the list goes on. I do not think it is right for single parents with children to run around and date whomever they please.

They need to grow up and parent their children rather than acting like hormonal teenagers themselves. Overall, “The Uninvited” was excellent, I don’t know if it was worth the $7.25 I paid for it (maybe I’m just cheap). I recommend to other moviegoers who are seeking a good, clean thrill.
My Ratings: Moral rating: Average / Moviemaking quality: 4

Comments from young people
Positive—This is one superb film. It has a TERRIFIC plot, and the movie is emotional and almost sweet in a way. It does not contain graphic violence, nor language, nor sexuality. There’s minimal offensive content, and the music, filmography, and characters are amazing. The only thing in this movie that bummed me out—it’s not scary. It intertwines horror with reality and even some family love, which diminishes the scary factor. It’s a great movie and the ending will leave you breathless, while the rest of the movie leaves you talking. Four out of four stars, three thumbs up.
My Ratings: Moral rating: Good / Moviemaking quality: 5

Paul, age 13 (USA)
Positive—“The Uninvited” was a great movie, worth seeing, definitely. …there is no sexual scenes and barely any language. …The whole movie is just pretty much off hallucinations.
My Ratings: Moral rating: Excellent! / Moviemaking quality: 5

Laura, age 15 (USA)
Movie Critics
…“I love you… and I have a condom.” These are the first words audiences hear in “The Uninvited,” which sets the bar so low that it means one of two things: Either this film will make fun of itself and every ridiculous horror trope out there and therefore wind up being unexpectedly smart and entertaining; or, it will be unintentionally vapid and the stuff that’s meant to be scary will no doubt prove disappointing. … the film suffers from multiple flaws on multiple levels. …

Joe Morgenstern, The Wall Street Journal
…A stylish horror thriller in the vein of “The Ring,” it’s well-acted, frightening and handsomely produced. …

Claudia Puig, USA Today
…Much blood, but too much torpor… “The Uninvited” doesn’t startle and shock so much as it lulls you into a series of unsettling, hallucinogenic set pieces. …