for intense sequences of terror and violence, and thematic elements. 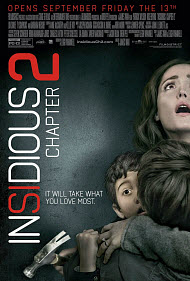 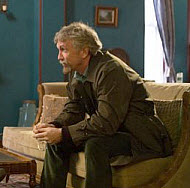 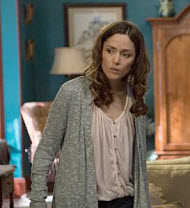 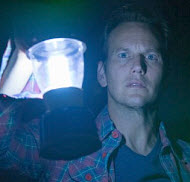 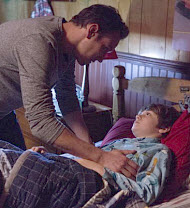 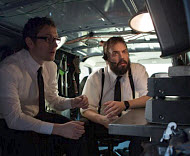 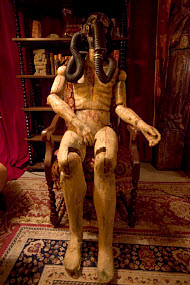 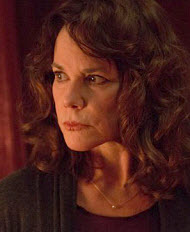 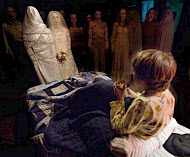 demons / evil spirits in the Bible

What are possible after-effects of abuse of children by parents?

“It will take what you love most.”

New house, new story… well… sort of. “Insidious Chapter 2” picks up right where the first “Insidious” movie left off. When we last left the Lambert family, one of the main characters, Elise, was found to have been strangled to death by someone. Fast forward a short period to a scene where Renai Lambert is being interviewed by a local detective about Elise’s murder, informing her that her husband, Josh, is the number one suspect in the investigation.

While the investigation is going on, and the Lambert home is being searched for evidence, the Lambert Family (Josh, Renai, Dalton, Foster, and Josh and Renai’s newborn) have moved into Josh’s mother’s (Lorraine) home. Everyone believes that their troubles are over and that it’s time to move on with their lives again. That is, until, strange occurrences and spirits begin appearing again and everyone in the family wonders, “Did Josh really return from the Further? Or did something or someone else come back instead?”

Lately I have seemed to have a “knack,” you might say, for diving into horror movies. A few months ago I came across the first “Insidious” through Netflix. Even before finding it there, I had heard about “Insidious” and its fame for bringing true horror back into the horror genre. So I watched it, in good sport, for what I thought may be some cheap theatrics and a somewhat obvious story. What I got was something more than I was expecting—a new-found appreciation for the horror genre, which, in my opinion, was almost dead.

So when I heard about “Insidious: Chapter 2,” I couldn’t stop myself from requesting this assignment. I don’t normally say this, but I actually believe that this sequel was almost as good as the first. Wan, to me, is the master of terror. Having coming off his recent success with “The Conjuring,” he understands to apply the elements of the horror genre by encasing the film with the right music, right actors, and right jumps, without the need of a full-on blood bath. And in this “Insidious” sequel, he was able to accomplish all of these elements, just like he had in the first, and then some, adding a whole new level to what seemed a pretty simplistic plot in the first “Insidious” film (I won’t give away any spoilers, I promise). Be warned though, this film pushes the scare level beyond the first, so if (or when) you go, fasten your seat belt, because you are in for some scares.

Violence: As with any horror/terror film, violence is mainly in the form of disturbing and intense sequences of terror, and that’s pretty much the “meat” of the violence for this sequel. In addition to these terror-driven scenes, there are fight scenes between main characters, a scene where a child is physically abused by his mother, Renai is slapped and thrown violently to the floor, a scene where we hear the spirit (behind closed doors) screaming and slapping a baby. In addition, there is a scene where The Woman in Black (the main evil spirit in this film) is about to slice someone’s throat, scenes involving dead corpses, and lastly a scene where Elise is attacked by The Woman in Black.

There was no sex/nudity that I was aware of while viewing this film.

Other: Someone is seen throwing up, we see Lorraine taking some medications, a bloody tooth falls out. Please be aware that there are SERIOUS occult practices in this film that will be offensive to some viewers (such as calling out to spirits using dice, the idea of astro-projection), and there is an ever-apparent darker nature to this sequel than the first film.

As I said, the real issue with this film has to do with the occult practices mentioned. In the first movie, we learned that Josh (or Renai?) came from a Christian background but walked away from their faith and, instead, when their son was in trouble, reached out to unholy practices. It reminds us that our faith and our trust must be solely relied on the Lord God. He is the Deliverer. He is the one who sustains us in our darkest hour that no human being can ever completely do. Staying strong in the faith is our greatest ally to not fall for these practices, and God blesses those who are faithful to Him.

SATAN—Is Satan a real person that influences our world today? Is he affecting you? Answer

Director Wan has really shown Hollywood (or at least me) what good horror films are made of. Yes, “Insidious Chapter 2” came out two years after the first, which seemed very sudden. But I have to believe Wan took his time with the plot and surprised me, and many others in the dark, late night theater I was in, with new scares and new appreciation for the dying genre. Without the dark occult practices lurking in this movie and its shady worldview on the afterlife, I would say go see it, as it’s cinematically well made. From a Christian perspective though, I do not recommend this film, as it is darker than the first, and the themes are very offensive.

Comments from non-viewers
Neutral—I must say that I agree to James Wan being a very talented filmmaker, but I cannot support the horror genre simply because of it's talent and lack of gore. It still aims to do what demons themselves crave: to terrorize. I originally enjoyed the first “Insidious,” even purchased the DVD. But God has dealt with me since in realizing how spiritually dangerous it is to write and delve into such topics from the imagination as James Wan does.

“The Conjuring” on the other hand, I very much so enjoyed. That did not spring from his imagination, it is based on true events. Not to mention it brings much glory to Christ and the power He has over the darkness. But “Insidious” is different, it does no such thing and is from his own, ill-inspired imagination. I think the fact that it scares so well without gore makes it even more dangerous, because rather than the grotesque cringing at blood and guts, we are experiencing a fear wholly of demonic representation. Demons feed off this fear, and I wish to give them zero satisfaction.