for violence, frightening images, some language and thematic elements. 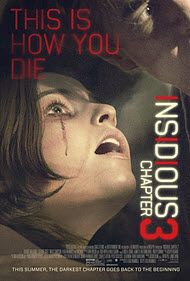 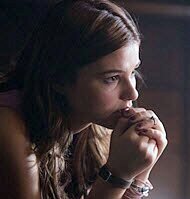 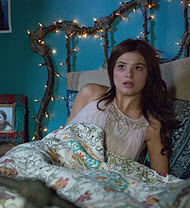 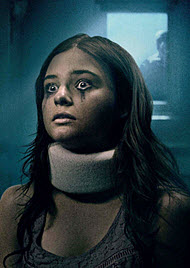 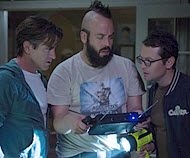 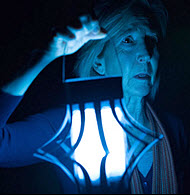 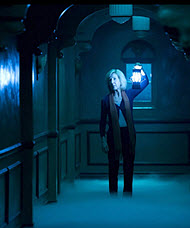 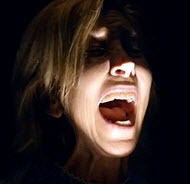 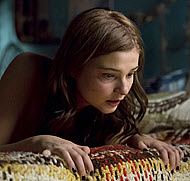 death in a family 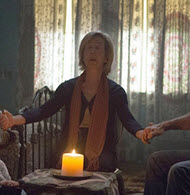 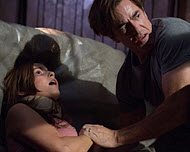 “Insidious: Chapter 3” takes place shortly before the events occurring with the Lambert Family. Chapter 3 focuses on a young girl named Quinn Brenner (Stefanie Scott), who lives with her father and her brother, Alex. Quinn, fairly recently, lost her mother to cancer and has been desperately trying to contact her mother herself. When her efforts fail, she seeks the assistance of psychic and medium, Elise. Elise tells her, however, that she has put that part of her life, as psychic and medium, behind her and cannot help Quinn.

Later, however, Quinn becomes haunted by a malevolent spiritual entity, named “The Man Who Cannot Breathe.” Somewhat reluctantly, Elise decides she must face her own demons and fears and helps Quinn before it’s too late.

Years ago, I had become enamored and in love with horror films. I fed off the thrill of sitting in my seat, feeling my heart beat out of its chest, and the overall sense of terror. As such, one of my most memorable horror film experiences was viewing another horror feature of James Wan, “The Conjuring.” His fine directing and haunting story telling was nothing short of breath-taking and true craftsmanship.

And so I found myself in a desire to seek out more of Wans films, and thus was introduced to the ““Insidious” series. While occultic and offensive as the Insidious series most certainly is, as a stand alone series, it is a well developed and well respected horror franchise, praised on its merits of creating true, unexpected (and some expected) tension and scare.

Which leads me to the latest installment, Chapter 3. Here are my thoughts.

The acting. Stefanie Scott truly took a leap of faith coming into this genre, since her departure from the Disney corporation, and she does well. The best performance, however, comes from Lin Shaye (as Elise). She brings a true sense of mystery and complexity in this installment that were not found in the first or second film.

The story. In many horror films, the plot falls into two categories: either the story is underdeveloped (too simple or too many missing pieces) and suffers, or the story is overdeveloped (too hard to follow) and the audience member simply surrenders. For myself, I did not feel that Chapter 3 fell in either category. Yes, the story was somewhat simple (with some genuine twists), but the pacing of the film was appropriate, instilling scares when appropriate and just the right amount of relief when needed. Additionally, and without giving too much away, Chapter 3 is successful in its attempt to “circle back” to the previous films.

The Occult. For those who are unfamiliar with the series, “Insidious” focuses greatly on matters involving the occult, such as psychic readings, the use of mediums, as well as the concept of astro-physiology, or the ability to leave one’s body on their own and travel to the afterlife. Make no mistake, the Bible is clear that anyone who even attempts to call upon the dead or consult the afterlife are an abomination to the Lord (Deuteronomy 18:9-12a). Those who are uncomfortable with even seeing these things in film are encouraged to STAY AWAY from Chapter 3 and the “Insidious” franchise, as a whole.

Content—There are multiple instances of violence and terror, as well as the use of frightening images and frightening entities. These entities attack Quinn in the most violent manners (e.g., Quinn being thrown off her bed). There is a scene where Quinn is seen being violently hit by a car and one scene where a character is shown slamming people against walls. In one scene, Elise slices one of the demon’s necks with a razor blade. Language includes f**k (1), a** (3), hell (1), b**ch (2), the Lord’s name taken in vain 4 times (God, G-d*mn, Lord), the term “Jesus camp” (1), b***ards (1) and a lesbian reference. In regards to sexuality, Quinn is show in short pajamas from time to time.

In Chapter 3, Quinn has struggled with letting go of her mother following her death. So much so, she has tried to contact her in the afterlife. As Christians, God asks us to not look back at the past and our sinful desires, to instead fix our eyes on Heavenly matters and to the present and even the future. It says in the Book of Isaiah,

“Remember not the former things, nor consider the things of old. Behold, I am doing a new thing; now it springs forth, do you not perceive it? I will make a way in the wilderness and rivers in the desert.” -Isaiah 43:18-19

And again in the second book of Corinthians,

“Therefore, if anyone is in Christ, he is a new creation. The old has passed away; behold, the new has come.” -2 Corinthians 5:17

“Insidious: Chapter 3” serves as an worthy installment to the “Insidious” franchise. Those who are unfamiliar with the franchise will want to see the first two films in order to “catch” everything in Chapter 3. Even with the cinematic praise I have given it, as a Christian, I don’t recommend the film, as it focuses on the occult and to some extent promotes the occult practices. However, I cannot deny that it is a terrifying chapter that will likely please those who are already fans. Parents should certainly not take young children to see this film.