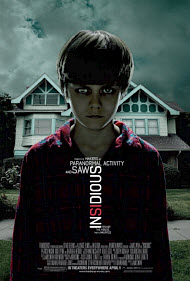 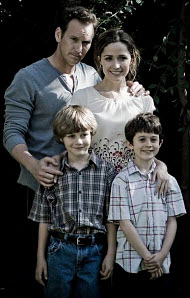 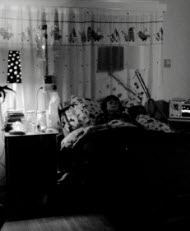 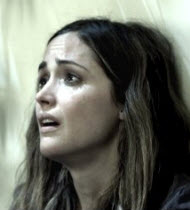 ABOUT MALEVOLENT SPIRITS—An open letter from a former Spiritist

astral projection, occult practice having an “out of body experience”

“It’s not the house that’s haunted.”

“Insidious” centers around a family of five. Father Josh (Patrick Wilson) and mother Renai (Rose Byrne) are the parents of Dalton (Ty Simpkins), Foster, and an infant named Calli. The film begins with an eerie opening credits sequence, which set the tone for the rest of the film, which was, in terms of its aura, relentless.

It begins introducing the family, and does an adequate job of making us care about them throughout the picture. Instead of taking time to build the characters and establish relationships, before the creepy events begin, Director James Wan is careful not to bore audiences with too much exposition. We really learn to like the family, all of whom are well acted—especially Renai—in the midst of the unfortunate events that begin to befall them. Which for me, personally, evoked more sympathy than 20 minutes of getting to know them before anything exciting occurs.

The “excitement” starts with simple happenings that Renai is first to notice, but shrugs off as coincidences—footsteps in rooms that were definitely not occupied by anyone, books moved from their original place without explanation. The children, particularly Dalton, are, of course, the first to realize that something is amiss in their home.

Eventually, while looking for the source of some strange noises (you’d think people would know better than to go looking by now), Dalton ends up taking a spill, and, although he seems okay afterward, to the horror of his parents, he ends up slipping into a coma.

A few months later, a distraught Renai and Josh are able to bring Dalton home. The boy still hasn’t regained consciousness, but there’s nothing more the doctors can do for him, so it’s a “wait-and-see” for his family. It’s at this point when things really begin to take a turn for the worse, and Renai and Josh are no longer able to discount the creepy events that follow.

Considering that surprise is one of the most important elements of horror, I don’t want to ruin the film by giving away too much. Needless to say, it becomes a desperate struggle between the family and the evil forces that are revealed to have entrapped little Dalton in the “coma.” The movie is well written, acted, directed, and scored. As is the case with most solid horror movies, the music (by Joseph Bishara) really drives much of the suspense, and definitely warrants mentioning.

There is some some offensive language. The names of God and Jesus are taken in vain several times, and there are maybe 3 or 4 foul words uttered—usually in distress (not that that is an excuse for it—but it is in context). And, without spoilers, there is some very frightening and disturbing imagery. I wouldn’t recommend this movie for anyone under 14, or anyone who is easily frightened. Some people can enjoy a good movie, even one that is scary—others have a much more difficult time getting the images out of their minds.

Another thing I have to point out, with a film like this, is the danger it may present in the form of New Age, unbiblical beliefs. Like most secular films dealing with the supernatural, the movie comes close to the truth, but certainly strays from a biblical point of view on the events occurring—utilizing paranormal researchers, and at one point even a séance to combat the evil. I understand why they don’t simply call on the name of Jesus and end it there and then—that wouldn’t really be as entertaining—although more spiritually uplifting. But I’ve seen movies where turning to God, even Christ—in the end, delivers the protagonists from whatever evil they’re being haunted by.— “The Rite” was a great example of that, and I wish more films were open to the true Good that is out there, which is the only thing that can truly overcome evil.

ABOUT MALEVOLENT SPIRITS—An open letter from a former Spiritist

For Christians, I think this movie is important because these sorts of things DO happen. I’ve personally experienced hauntings and demonic attacks in ways that a lot of people never do. However, I knew who to turn to and realized that it was sin inviting those things into my life. And that’s how I overcame them.

Biblically, there are no ghosts of the dead, but the evil one and his spirits are certainly at work. And we, as Christians, should be aware of them and should be equipped to give answers to unbelievers who have experienced the work of the enemy. There are a lot of discussion points that can emanate from a movie like “Insidious,” and I would strongly advise having that talk with any younger people you go to see it with. There is real horror out there, and “Insidious” displays that as well as any movie I can remember—but there is, also, real Love, Grace, and Power.

Is SATAN a real person that influences our world today? Is he affecting you? Answer

Horror movie fans may find “Insidious” interesting, but beware of the blasphemies, foul language, and unbiblical beliefs and worldview displayed.

Neutral
Neutral—I liked “Insidious” strictly for some of the edge-of-your-seat intensity. Other than that, it just lacked good acting and a good script. Spiritually speaking, it is a mess, implying that we have spirits that can leave our physical bodies and go places (if that’s true, then I’d love to go to Europe right now). I’d advise Christians to be wary going into this movie.
My Ratings: Moral rating: Offensive / Moviemaking quality: 4

Shannon H., age 29 (USA)
Neutral—If you enjoy horror movies, you’ll probably enjoy this one. My mother and I watch horror movies together all the time, but this is one of the few that had her jumping, and, in her opinion, is one of the scariest to come out in a while. The best part about this movie is that it manages to be frightening, without relying on a ton of violence and gore. This has to be the least violent horror movie I’ve seen in a while, but it is spooky.

I would recommend caution, if you take anyone to see this movie, because a major part of the plot is about astral projection (the occult practice of causing yourself to have an “out of body experience”). Many people will watch this movie and think that it is something silly or made-up, but I will tell you that it is a very real and dangerous practice. Like ouija boards, this practice opens you and your home to dangerous spiritual forces that should not be messed with. Even so, this movie does show that it is dangerous.

Amanda, age 20 (USA)
Negative
Negative—What started out with some promise, quickly turned into a film that grew more awful with each passing minute. After the two-thirds mark, it just got excruciatingly silly. It left me wondering if the “Mystery Science Theater 3000” robot silhouettes would appear at the bottom of the screen and start their wisecracks. It would have been great fodder for them, if that show was still on! It pains me to see such potential wasted by a director (and screenwriter) who just doesn’t seem to understand the importance and effectiveness of being subtle in a scary movie. Instead, there is an overdose of cheap gimmicks and clichés, topped off with a ridiculous trip to the “Further” place.

Save your time and skip this one, unless you feel like a good laugh. My wife and I certainly had many during this movie.
My Ratings: Moral rating: Offensive / Moviemaking quality: 1