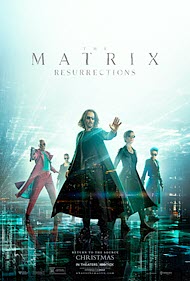 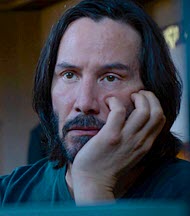 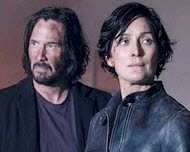 Movies that present the Leftist politics of their creators

“It’s easier to control emotions than the facts.” 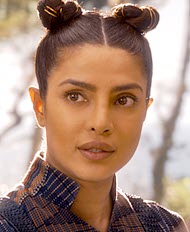 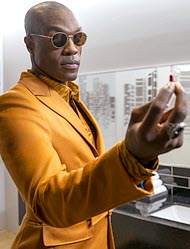 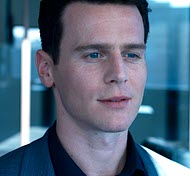 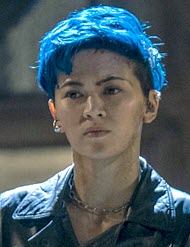 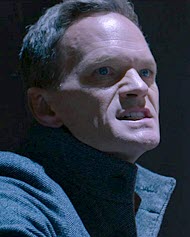 Meet Mr. Thomas Andersen, a videogame designer in San Diego, who is credited with creating The Matrix video games. Everyday he speaks to his psychiatrist, on account of his recurring nightmares that feel, to him, like a sense of deja vu (perhaps a trip of some sort in a video-game-like reality of his own? Who can say?).

On top of that Mr. Andersen keeps seeing this woman, Tiffany (or wait is it Trinity?) at a local coffee shop with her two children and her controlling husband, that he swears he knows from somewhere. Seriously, deja vu again? Then he meets ANOTHER woman at a bookstore wearing a tattoo that states, “Follow the white rabbit.” She hands him the book Alice in Wonderland. Again, way too familiar.

Then all of a sudden someone appears to Mr. Andersen and saves him from leaping to his doom, telling him that he has a greater purpose that lays ahead of him. “What are you talking about?” Mr. Andersen wonders, and then he sees it… the tattoo.

It’s not often I require help for a synopsis, but in this case I did and I shouldn’t have needed it, especially with a franchise as familiar and as loved as The Matrix. I’ve been a fan of The Matrix series. I don’t remember what it was that initially drew me to the series. There was enough of the sci-fi element in the original trilogy that the action wasn’t always the main focus, but at the same time the plot wasn’t necessarily overshadowed or overly complex.

The problem with “The Matrix Resurrections” is right within the title itself: the act of trying to resurrect things that should remain buried. Structurally, Matrix Resurrections in the beginning tries to hop on the nostalgia train for the first 30 minutes. From there, the plot diverges into various paths, adding secondary characters that have no real purpose other than to add the occasional cameo appearance.

My main concern is that there isn’t a real issue for the film to address strong enough to drive the film. In short, Neo trying to save Trinity isn’t sufficient, and this is why the film, in turn, suffers. The direcotr is requiring all the other cinematic elements: the performances, the action, the cinematography, etc. to encompass a situation that isn’t large enough for a Matrix movie.

The actors and actresses make a valid effort, but the script is very weak. Keanu Reeves and Neil Patrick Harris are probably the strongest actors in the film. Carrie-Ann Moss gets FAR too little screen time (sorry to inform you all, but in the 150 minute runtime, I recall seeing her, at most, 20-30 minutes total, if that). As I said, all that goes to waste if the central issue isn’t strong enough, and the plot moves in too many directions.

If you wonder if I’m being too harsh with this film, read what my colleagues in secular media outlets have written about this film:

“I was delighted at the beginning, and steadily more appalled at most everything that followed. There’s no sugarcoating the fact that I look forward to never seeing this “Resurrection” again.” —Roger Moore, Movie Nation

“Wachowski seems to be at war with her audience, rewarding them with deep-cut callbacks one moment only to roll her eyes at the entire enterprise the next.” —Ann Hornaday, Washington Post

“Cringey self-awareness… the worst sequel so far” (1 star)… No “Matrix” movie has ever matched the forceful simplicity of the first one (we are prisoners to machines and need to be free), and “Resurrections” is a full-on lecture at MIT. As we flip through Lana Wachowski’s syllabus, there’s more talking than a 24-hour marathon of “The View.” —Johnny Oleksinski, New York Post

VIOLENCE: There are a lot of scenes involving violent fist fights, machine guns, gun battles, laser shots, swords, missles, explosions, vehicle crashes, etc. Many of these involve people being thrown into objects. Some of the violence is bloody. In one scene, characters are used as torpedoes of sort—being launched from tall windows—to land on other characters. There are sequences with large conflicts, explosions and such. In another scene, a powerful character kicks a person hard enough to graphically dismember his lower jaw and then proceeds to slashes his throat open.

SEX: There are sexual comments. Some scenes include kissing. A woman wears tight leather pants.

NUDITY: A man wears just a towel. There is a man in shower, and a an fully nude in a pod (bare butt). A nude woman is seen being removed from a pod (not explicit). Some women wear cleavage baring outfits.

ALCOHOL: Characters are seen drinking at a bar

DRUGS: Some characters are shown smoking

OTHER: Neo is presented as a savior of sorts, leaning dangerously more towards Messiah than hero, being called The One (even though he never calls himself that and says he is NOT a hero or The One).

We, as Christians, know 100 percent that there is only one Messiah, one true Savior of the world, and His name is Jesus Christ.

He is the Son of God. He preached The Good News to all who would receive it and for that He was crucified on the cross. He died, but, unlike the fictitious Neo of The Matrix films, Jesus really DID rise from the dead to save us from eternal damnation. Jesus is the True Messiah!

“And the Word became flesh and dwelt among us, and we beheld His glory, the glory as of the only begotten of the Father, full of grace and truth.” —John 1:14

“We have seen and testify that the Father has sent the Son to be the Savior of the world.” —1 John 4:14

“For God so loved the world, that he gave his only begotten Son, that whosoever believeth in him should not perish, but have everlasting life.” —John 3:16

“But now has been revealed by the appearing of our Savior Christ Jesus, who abolished death and brought life and immortality to light through the gospel” ——2 Timothy 1:10

“The Matrix Resurrections” reminds me that just because a proposed film sounds like a good idea doesn’t mean that it is. I can only think of one instance in which a fourth film was a nice addition to a franchise that had long since ended and that was “Toy Story 4.”

The plot of “The Matrix Resurrections” is quite confusing and weaker than the first three films combined, while the violence is more grotesque this time around, and the language and nudity count is a bit higher, so this film is NOT recommended for Christian adults, teens or children for those reasons alone. Do yourself a favor and skip this film.

Positive
Positive—I thought this movie was well done for its genre. Of course it has no Christian qualities to it, and the rated R (which I never watch), is mostly due to the violence and like 4 F-bombs and some g*d swear words, but that was it. I was really disappointed in the last Matrix before this, so I didn’t know what to expect. But I thought they did a good job on this one. However, it was a little weird seeing Neo so beat down and broken most of the movie and half the time I had no idea what was going on, but it was entertaining.

And of course remembering that they are in a game so what Trinity does in the end of the movie, I just looked at as she was in a game and that wasn’t really what she was doing to her real family. That part stunk if she did. Overall, it was entertaining and good action, but a lot more talking in this one then expected.
My Ratings: Moral rating: Better than Average / Moviemaking quality: 4
Stephanie, age 47 (USA)