I Wanna Dance with Somebody 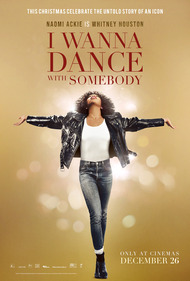 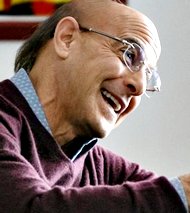 Dangers of fame and fortune

Here’s what the distributor says about their film: “WHITNEY HOUSTON: I WANNA DANCE WITH SOMEBODY is a powerful and triumphant celebration of the incomparable Whitney Houston. Directed by Kasi Lemmons, written by Academy Award® nominee Anthony McCarten, produced by legendary music executive Clive Davis and starring BAFTA Award® winner Naomi Ackie, the film is a no-holds-barred portrait of the complex and multifaceted woman behind The Voice. From New Jersey choir girl to one of the best-selling and most awarded recording artists of all time, audiences are taken on an inspirational, poignant—and so emotional—journey through Houston’s trailblazing life and career, with show-stopping performances and a soundtrack of the icon’s most beloved hits as you’ve never heard them before. Don’t you wanna dance?”

In New Jersey 1983, Whitney Houston sang as part of a church choir. Her mother Cissy, a professional singer, pushed her to be better, even if she is being hard on her daughter. Houston befriended Robyn Crawford, and the two developed a romantic relationship.

Houston’s mother was set to perform one evening when she noticed record producer Clive Davis arrived, leading her to encourage Houston to go up and sing in her place. Houston sang “The Greatest Love of All,” which impressed Davis, who signed Houston to a record deal. Houston made her first major live performance on The Merv Griffin Show, which is met with acclaim.

As Houston’s career takes off, her overbearing father John became her self-appointed manager. When Houston attempted to make Crawford her assistant, her father objected because of their personal relationship and told them to go on dates with men, which Crawford refused to do. Houston later recorded a song with Jermaine Jackson and released hits like “How Will I Know” and “I Wanna Dance with Somebody”. Whitney becomes an international crossover superstar, appealing to all demographics. However, She faces criticism for selling out and not sounding “black enough”. This made Whitney feel insecure in herself. In 1989, at the third Soul Train Awards, Houston met R&B singer Bobby Brown, who told her not to mind those bad-mouthing her image. Houston and Brown began dating, , and he eventually proposed to her. In 1991, Houston performed the National Anthem at 25th Super Bowl, which earned an incredible reception.

Houston developed an interest in acting, postponing her own wedding with Bobby. She starred in the movie The Bodyguard. For the film, Houston recorded her own version of Dolly Parton’s “I Will Always Love You”. On July 18, 1992 she married Bobby Brown and in March 1993 gave birth to Bobbi Kristina Brown. In 1994, Houston performed at a concert for Nelson Mandela’s release from prison. After going on tour, Houston demanded to return home as soon as it’s over so that she can return to her family, but she finds out that Brown has been cheating on her. Due to personal and profession stress, Whitney’s use of drugs accelerates.

In 1998, Davis met with Houston over her not putting out an album over the last eight years, even though she has released seven major songs and made three movies. Being mad at Bobby, and during constant fights with Mr Brown, she releases “It’s Not Right but It’s Okay” and a song which she declined seven years earlier, “Why Does It Hurt So Bad.”

Around the year 2000, Robyn finally accepts she cannot help Whitney due to her escalating drug use and her toxic marriage and leaves Nippy Inc. Later, Whitney confronts her father, for the second time—when he is in the hospital—over his handling of her finances, ultimately cutting ties with him. She let her sister-in-law Pat manage her career. John Houston sues his daughter for $100 000 000 but died in the year 2003. Houston does not appear at his funeral. She descends into deep drug addiction, which gets bad enough that it affected her vocal range and led to disastrous concert performances. Davis urges Houston to enter rehab, and she eventually does it in 2005, after her mother intervenes.

In 2006, Houston filed for divorce against Brown, finalized the following year. She continued to work on music and maintained her relationship with her teenage daughter Bobbi Kristina.

She came back on a stage, performing in the 2009 year in “The Oprah Winfrey Show,” performing “I Didn’t Know My Own Strength”. After the show, she thought about another world tour, but Clive told her just that she needs to rest.

In February 2012, Houston arrived at the Beverly Hilton hotel, in Los Angeles. She was supposed to sing “Home” for the Grammy Awards. But she buys drugs from a drug dealer, well-known to her. She hesitantly uses as she cries in the bathroom, while quietly singing “Home” and remembering the brightest moments of her career.

Houston was shown in her greatest performance, during the 1994 American Music Awards, where she sang her iconic medley of “I Loves You, Porgy,” then “And I Am Telling You I’m Not Going” and finally “I Have Nothing.”

Neutral
Neutral—On the positive side, this is a fairly complete and accurate story of the life and accomplishments of Whitney Houston, one of pop music’s greatest artists. The acting is excellent and just hearing many of her hits again was very enjoyable. Like Billie Holiday and Diana Ross, Whitney struggled with drugs, alcohol, and relationships, and these realities are presented with both clarity and sympathy.

There are a lot of wonderful scenes between Whitney and Clive Davis, the iconic industry exec who discovered her and essentially guided her to become a superstar. Yet we hear very little about the composers who wrote her greatest hits—David Foster, Michael Masser, and others. Becoming a great vocalist takes talent, drive, and equally talented songwriters, but the movie somehow downplays the latter.

Also, Whitney abruptly stops her experimentation with homosexuality while still a teenager, even mentioning the book of Leviticus as the reason. She later marries a famous male vocalist, but the person in her experiment (who scoffs at the Biblical chapter) is nonetheless central in many subsequent scenes.
My Ratings: Moral rating: Average / Moviemaking quality: 5
Richard, age 69 (USA)
Neutral—I was thrilled to see “I Wanna Dance with Somebody,” as Whitney Houston is one of the greatest vocalists of our time. No one can match her range and her style. Her music is phenomenal and timeless. Naomi Ackie did a great job imitating Whitney Houston’s mannerisms, body language, dancing, etc. In many ways, it felt like we had Whitney Houston back. What a legend she was.

I found the storyline of her relationship between her female best friend to be confusing. It left me wondering if it was true that Whitney had homosexual feelings for her friend. Though I like that the movie acknowledges homosexuality as a sin, it made me wonder how accurate the portrayal of the relationship was. I felt like much of it was fabricated, and really could’ve been left without. After all, Whitney’s not here to tell her side of the story. We only have her friend and ex-husband’s word to go by. Is it true? Is it an assumption? To my knowledge, Whitney herself never admitted to this relationship. It made me uncomfortable because it left me feeling we were hearing only one side to the story rather than the full truth.

There’s some swearing in the movie for anyone who’s sensitive to foul language. The f word was said once, and I believe “s**t” was said a few times as well.