for language and descriptions of sexual assault. 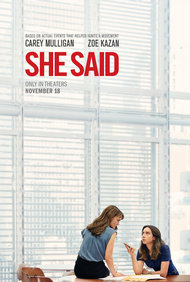 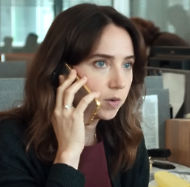 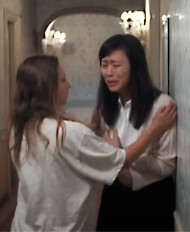 Criminal acts against women in the workplace

Covering up the sins of others, especially the rich and powerful

Sexual lust outside of marriage

Me Too Movement—pros and cons 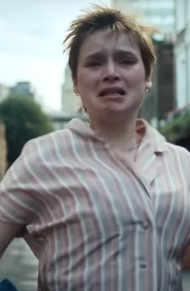 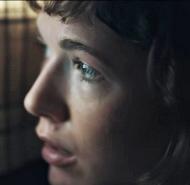 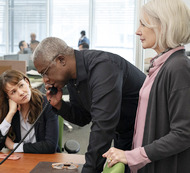 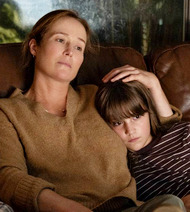 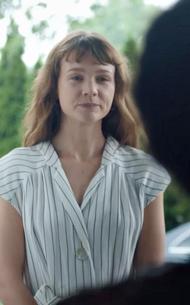 “Will you go on the record?”

“They will seize and persecute you…it will lead to your giving testimony. Remember, you are not to prepare your defense beforehand, for I myself shall give you a wisdom that all your adversaries will be powerless to resist or refute.” —Luke 21

“Talent wasn’t of the same import as knowing the right guardians of the portal. The philosopher’s stone was contacts.” —Dorothy B. Hughes, “In A Lonely Place”

“She Said,” directed by Maria Shrader and written by Rebecca Lenkiewicz, is based on the book of the same name by Pulitzer Prize winning New York Times reporters Jodie Kantor and Megan Twohey.

The story follows the two reporters, played by Carey Mulligan (Twohey) and Zoe Kazan (Kantor) as they uncover the crimes committed by movie mogul Harvey Weinstein over the course of several years. Most of us are familiar with the bizarre nature of Weinstein’s acts of harassment, battery and incomprehensible weirdness (asking would-be actresses to watch him take a shower), but Shrader’s drama brings the sordid saga into more acute focus. She grabs our attention when she depicts reporters who are as vulnerable as they are tenacious, and especially when she allows the crime victims to speak for themselves. When those brave women give their testimony, the effect is harrowing.

Megan is pregnant with her first child when she is working on an investigation of candidate Donald Trump, before the 2016 presidential election. Her confrontations with the former President and his allies (Bill O’Reilly and his staffers) set the fearsome tone that will surround her as she pursues powerful men who abuse powerless women. I find the Trump-Weinstein connection flimsy and gratuitous, more distracting than topical, taking up unnecessary time in an already over-long movie. That sideshow dilutes the film’s otherwise strong argument that the Hollywood milieu in which Weinstein slithered his way to the top was a singular phenomenon.

Like many of the victims in the story, Shrader’s camera never directly confronts Weinstein. She films him from behind, and plays his voice, a growl whose force could bend the stiffest of backbones, on telephone speakers and on tapes. He is indeed scary, but having him look apish and grungy does little to make her point that he was such an effective lure. How did so many victims get so close to him so many times? Yes, he could make a dream a reality for a yet to be discovered actress, but still…

“May the word of the Lord speed forward and be glorified…may we be delivered from perverse and wicked people, for not all have faith.” —Thessalonians 2

“A dame that knows the ropes ain’t likely to get tied up.” —Mae West

“She Said” uses all the idioms of the “investigative journalism” genre: brightly lit news rooms, ominous background music, and shadowy characters speaking in shadowed voices that lurk in shadow-coated alleys, restaurants and hallways. I haven’t seen that many gray and black contours since the days of the Val Lewton RKO pictures. The only refuge from the dark seems to be the hallowed halls of the New York Times newsrooms. The halo-bright lights in those spaces imply an almost celestial benevolence and not just another power palace whose girders are starting to corrode. The filmmakers, without the slightest bit of irony, portray the Manhattan edifice as a glass and steel Shangri-La as they resurrect the hagiographic aura of “All the President’s Men” (1976), and “Spotlight” (2015). “She Said” indeed proves itself a worthy successor to both films.

And that is its downfall.

Those movies, as well as Steven Spielberg’s “The Post” portrayed journalism as a noble profession, one that only the best and bravest pursue. Does Shrader believe that such intrepid sorts still fill today’s newsrooms? She missed an opportunity to make a great movie by juxtaposing Hollywood’s misdeeds with those of the press itself. In the 1970s, when Alan Pakula adapted the seminal book by Woodward and Bernstein, there was a gulf that existed between the powerful and the people who reported on them. That chasm is now closed. The press are every bit as powerful as the people they tell us about, and they no longer attempt to hide where their loyalties lie. Christoph Waltz’ 2021 film “Georgetown” explored the symbiotic relationship between the venerated political class and its genuflecting press corps. In doing so it exposed the manipulative and soulless core of both professions. The film had its flaws and performed badly at the box office, but it turned an eye on the powerful in a way that eludes the films I just mentioned. “She Said” puts the pedestal back under the feet of the journalistic profession, but it turns a blind eye to its crumbling plaster.

Few people saw the recent French import, “Lost Illusions.” It takes place in Paris in the early 1800s after the fall of Napoleon, and explores the the conflict between the quest for power and the search for meaning. It is the year’s best film, a searing drama about how the enticement of wealth and prestige can lead innocence and talent to moral destruction. The serpent-like writers and publishers in the film make Charles Foster Kane look like Jimmy Olsen. I also relish the 1940s pressroom comedy “His Girl Friday,” directed by Howard Hawks. In that classic, Rosalind Russell’s Hildy proves herself the equal of any man. She defines the concept of “ace reporter,” one who thrives in the face of danger, shutting a man inside a desk after he points a gun at her, and maintaining just the right balance between marriage and work: she agrees to elope to Niagara Falls only when she hears that there is a train strike she can report on during the honeymoon. She commands respect not just because she is good at her job but because she does not take herself too seriously. Twohey and Kantor, on the other hand, take themselves very seriously.

Fewer people will see “She Said” than have seen or will see the real-life YouTube montages of Weinstein acolytes triumphantly holding statues at awards shows and heaping voluminous praise on their kingmaker. One of those performers, a three time Academy Award winner, referred to him as “God.” In the midst of that environment, how can Shrader and company fail to address the contradictions that now overshadow their story? They put forth a coin that has only one side, and in doing so, let the luster it might have had, fade quickly away.

Carey Mulligan is at her best when she plays vulnerable women who, despite great odds, have conviction and an inner strength that helps them overcome obstacles or transcend tragedy. In “An Education,” “Wildlife,” and especially in last year’s “The Dig” she proved herself an inspired and compelling actress. However, sometimes those attributes place her in roles that make her appear over-earnest to the point of being grave and humorless as she was in “Suffragette” or “Promising Young Woman.” She falls into the same trap here. Her portrayal of Megan Twohey is consumed with regard for her subject which is fine, but she seems to forget, and lets us forget, that Twohey is an actual person with flaws as well as attributes. Mulligan does come to life in her scenes with Zoe Kazan, who gives an understated but determined performance; their back and forth conversations, their respectful attention to each other and to the victims, and especially their confused reactions when they listen to Weinstein’s vocal supporters, notably Lisa Bloom and Lanny Davis, come across searingly well. But the film’s most memorable performances are those given by the actresses who play the witnesses: Jennifer Ehle, Samantha Morton and Angela Yeoh. Those cameos elevate, and almost save, the movie.

“She Said” is suspenseful at times, and if you believe journalism is still a profession worthy of distinction and honor, you might find it to be an intriguing and a fulfilling story. For me, this kind of homage is derivative and vain, and almost pharisaical in its self-regard. I liked some of what I saw; perhaps I would have liked it more had more of the film’s pretensions and virtue signals been relegated to the cutting room floor.

The “Me Too” movement that Twohey and Kantor are credited with launching (along with Ronan Farrow of The New Yorker magazine) has exposed what had been a veiled and closely guarded evil that has lurked in the corridors of power for a long time. However, that same movement tends to shy away from the fact that the press itself is not entirely blameless in these matters. The further away the news gets from the Good News the more it blinds itself, and the more it suffers.