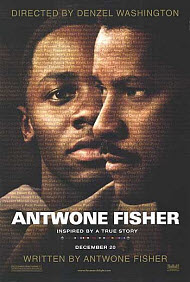 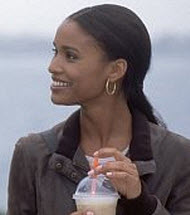 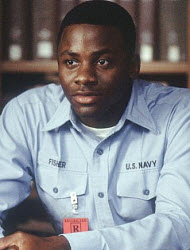 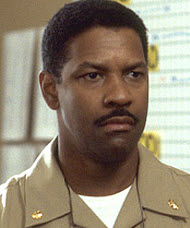 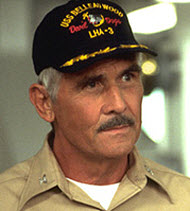 Are you thankful to God? GO

What is the origin of America’s annual Thanksgiving Day? Answer

I think I was sexually abused, but I’m not sure. What is sexual abuse, and what can I do to stop the trauma I am facing now? Answer

Here’s what the distributor says about their film: “ANTWONE FISHER is the story of a man who digs inside himself to discover therein lies a king…

A sailor with an explosive attitude, Fisher (Derek Luke) is ordered to see a naval psychiatrist (Denzel Washington) about his volatile temper. Little did he know that his first step into the doctor’s office would lead him on a journey home.

With the support of the doctor, who becomes more like a father than anyone Fisher has ever known, and the woman (Joy Bryant) from whom he learns how to love, Fisher finds the courage to stop fighting and start healing. Only then can he call on the family he never knew and come to terms with the one he knew all too well.

Rounding out the cast is Salli Richardson portraying Davenport’s wife, and James Brolin in a cameo appearance as Fisher’s commanding officer.

Antwone Fisher’s story first caught the attention of Producer Todd Black (A KNIGHT’S TALE) while Fisher was working as a security guard at Sony Pictures Studios more than 10 years ago.

Despite Fisher’s lack of professional writing experience at the time, Black was so moved by the story that he hired him to write the screenplay. Washington committed to directing the project in 1997, but his busy acting schedule prevented him from taking the helm until 2001. In the interim, Fisher delved even deeper into his life by writing his memoir, Finding Fish, which hit bookstores in 2001 and is a “New York Times” bestseller.

Fisher’s journey is nothing short of inspirational Washington says. “It’s a triumph of spirit. I’m inspired by Antwone. When you look at all that he’s gone through and survived and can still be a gentle soul… hopefully it will touch all who see it… hopefully we’ll reach out to those who are dealing with difficult times and thinking that they can’t make it.

Positive—Great story! It re-enforces what the Bible teaches in that “what Man meant for evil, God uses it for good.” The story of Joseph comes to mind. Antwone is a better and stronger person as a result of his determination to rise above the awful things that were done to him in his past. The Lord healed Antwone through the help of a caring doctor and a girlfriend who saw something good in him. However, the Name of Jesus is taken in vain once or twice.
My Ratings: [Better than Average / 3]

Jerry, age 50
Neutral—This movie is a powerful portrayal of brokenness and healing. The story of Antwone Fisher’s painful childhood broke my heart. Denzel Washington gives an incredibly inspiring performance as a psychologist who helps Antwone deal with his past. However, I was troubled by the “inspirational” conclusion of the movie, which celebrated Antwone’s triumph over the past—a triumph based more on confrontation of those who hurt him so profoundly rather than on forgiveness (although he does forgive his mother).

In the final scene Denzel’s character congratulates Antwone for beating those who tried to bring him down—hardly the Christian image of healing and forgiveness. The implication that virginity is unnatural for a healthy adult was also disappointing. Finally, while the movie was not excessively graphic, the blood splattered across Antwone’s face in the murder scene was unnecessary and the child-rape scene (heard but not shown on camera) was quite disturbing—with those two scenes, the movie deserved an R-rating and should not be viewed by young children.
My Ratings: [Better than Average / 4½]

Fred, age 28
Positive—This movie is the most refreshing depiction of strong and caring men I have seen in a long time. Denzel Washington’s role as Antwone’s father figure/pschoanalyst was heartwarming and tender. Mr. Luke’s portrayal of an angry young man was realistic and three-dimentional.

While the film’s plot was simple, I believe that Mr. Washington’s direction helped create warm and believable characters. Antwone’s foster mother portrayal was horrifying and demonic; however the story was compelling enough to make this viewer have genuine compassion for both the victim and the beast of a mother.

The most encouraging part of this movie was its omission of violent and sexual scenes. The story itself contains extreme violence and inappropriate sexual situations, but they are only suggested cinematically and do not leave the viewer with horrible images they’ll have to forget.

This is not a “Christian” movie, but has overwhelmingly hopeful overtones and teaches a strong pro-family message. Family, as in the Body of Christ is made of the people that dare to extend love to one another in spite of their circumstances and shortcomings. And finally, we applaud a sweet romance between two young people that was NOT centered around sexual attraction and superficial sentiment. Antwone’s search inspires us all to challenge the anger and bitterness within our spirits versus allowing sociological circumstances to excuse our sin.

This movie contains gentle strokes of realism and is flavored with profound moments of grace that help us understand the balance of suffering and triumph through our Christian journeys.
My Ratings: [Good / 4]

Dawn, age 26
Neutral—How can a Christian positively comment on the many good things about this movie without mentioning the mocking of the Church and the jokes and discouraged virginity themes? While I enjoyed most of the film, those two aspects bothered me far after the credits rolled. For that fact, Washington, who says he is a Christian, shocks me once more after Training Day—and it does not make me glad. And the fact I have never heard four f-words in a PG-13 (3 stated, one muttered)—the film is a R—an R worth seeing for the most part, but an R none the less.
My Ratings: [Very Offensive / 3½]

Briley, age 23
Positive—I can’t say enough about this movie. It is hard to watch all the abuse that Antwonne goes through, but the redemptive story is so awesome as he learns to overcome his past. It was quite an accident that we went to see this, but I am so glad I did. I left the film feeling grateful for my own family, even with all the mistakes made there, nothing was as bad as this man went through and he has accomplished so much with his life.
My Ratings: [Better than Average / 4½]

Joyce, age 55
Positive—The Atwone Fisher Story is Denzel Washington’s directorial debut. It’s based on the true story of Atwone Fisher. The movie is very compelling! First it shows how Satan can attack a person from an extremely young age and that racism comes in unusual forms. It even points out the evil that can grow and explode in our hearts if we never truly cast our cares upon our Lord and Savior Jesus Christ! It shows that a person can go to church and still be evil. With this movie parents can show their children that like Antwone Fisher, we too are SOLDIERS, in the Army Of The Lord Jesus Christ! We are armed and with our spiritual weapon, the Word Of God, we can chop down Satan’s traps and come out victoriously in any situation! I recommend it especially if you are a Denzel Washington fan.

Importance of family, control of anger, and perseverance are also encouraged. There is little profanity, and although rape and premarital sex are evident they are not shown like most Hollywood films and do not seriously hinder the message and effect of the film.
My Ratings: [Better than Average / 4½]