for sexuality, language and a scene of violence. 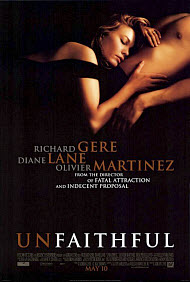 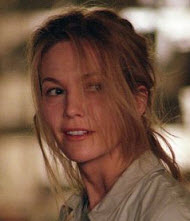 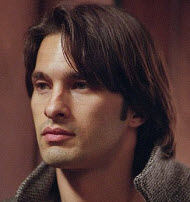 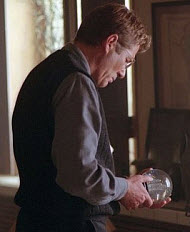 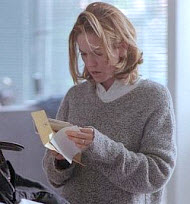 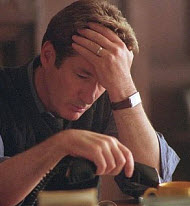 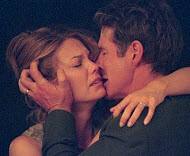 adultery in the Bible

What does God expect of me? Answer

“If you had the opportunity, would you?”

“Unfaithful” tells the story about a happily-married upper-middle class woman with a meaningful life who has a passionate/kinky affair with a shallow French cad with a good body and a hedonistic “live for today” philosophy. Ah the stuff that readers of romance novels dream of! But this is an Adrian Lyne film. Remember him? He of the “Fatal Attraction” film and catch-word. You know this affair won’t end right, especially since one character tells us that these things never end well.

Of course, we know that such advice always goes in one ear and comes out the other. And we know Constance—ah what a name!—as her lover (Paul Martel) calls her or “Con” as her husband Ed (Richard Gere) calls her will not be tossing away those passionate afternoons anytime soon. This is the stuff of puritanical tragedy. And somebody’s gonna be reaping what someone else sows. The question, of course, is who?

We know we’re in for trouble when the lovers meet. A great wind—none of which I’ve ever seen in my days as a New Yorker—whips through the narrow streets of New York and into the narrow straight-laced life of “Con” Sumner. The wind has all the power behind it that the Prince of the Power of the Air can muster. You know there’s trouble in this wind. (I wish Adrian Lyne were spiritual enough to take the metaphor and really fly with it. Instead, he takes all the bluster out of it.) The wind blows the protagonists together. And soon, Connie doesn’t need the wind at all. Sure events and coincidences conspire to give her a little hint. But before you know it, she is with Paul quite frequently and is performing a great adulterous con on her doting faithful husband.

I must say that while Paul Martel is cute and handsome and appealing, and all that an American housewife might want, I honestly couldn’t understand what a good housewife could see in a cad like that. The guy doesn’t even flinch when he hears her call her son, or when he sees her wedding ring. Quite the opposite, he seems to want her more. How can any woman in her right mind be even vaguely tempted by a guy who hasn’t got enough morality to feel even vaguely guilty? Well, maybe it’s a French thing. But I doubt it.

The only time I actually felt caught up in the inner workings of this character was when he met Ed, the husband of his mistress. Paul’s reaction—the guilty acknowledgment that there is someone on the other side of this sin, who is in pain because of the situation—shows so much about the character. He can play around with women. But a man’s pain really upsets him!

“Unfaithful” is a study in morality and regret. The sex scenes are a bit much. After all, we know that this is all these two have in common. But must we see this over and over again? After the fifth passion-filled scene, we kinda got the point. Obviously, this film is not for most and is not recommended to most, especially those whose weakness is sexual purity, lust, etc. Yet, at least, “Unfaithful” doesn’t show a passionate extramarital affair where no one gets hurt and everything is fine. Someone always gets hurt in such situations, which is one reason why the God who created us tells us not to partake in sexual immorality.

As we see Connie being blown about by the power of the air, we know that she will be thrown into the torrent of Temptation. This, of course, is not such a bad thing. In the Bible, James tells us that we should count it all joy when we are tempted. And Peter tells us that it’s through temptation that we conquer. We are, also, told that God prepares a way to save us out of our temptations. So, the thing about temptation is to not succumb to it, not to be carried away by our own lusts.

While Connie is shown as a good woman, with a good meaningful life, she is not shown as a woman who actually reads the Good Book. She knows she must be moral, for instance. Just as most people know they must be moral, by living in Christendom. Perhaps she even goes to church. But her spiritual muscles are weak in a time of test. And when an older woman warns her about the dangers of unfaithfulness, she becomes a fool by learning by experience. Of course, experience hurts. And, in this case, causes destruction and a fearful waiting for justice to descend.

God’s standard is often much different then man’s. The Bible teaches that sex is for married partners, and only for married partners. God created it to be enjoyed (not to mention the procreation part). (Learn more about Godly sexuality at our “Sex, Love and Relationships” answer index).

Positive
Positive—This film was a great character study, hands down. The sex scenes were a bit much, and I had to divert my eyes from the screen on more than one occasion, but besides all that, this film was very good, and kept you interested. Makes you think.
My Ratings: [Extremely Offensive / 5]

AR, age 19
Negative
Negative—I see the movie “Unfaithful” as another sexual tool that Satan uses. I think the movie should have been rated “X” rather than “R,” as it has so much, too much, nudity, sexual scenes etc. I understand that there was a story here, but for those tempted by lust, the story was easily overshadowed by all of the sex. I would not recommend the movie to anyone!
My Ratings: Moral rating: Extremely Offensive / Moviemaking quality: 3

Deanne, age 42 (USA)
Negative—Okay, this movie was borderline porn—so if this is your weak area, then stay FAR away. However, the moral of this story is so incredibly rich that I am still thinking about it 2 weeks later. I like that though the sex scenes were WAY more than a BIT much—the fact that there are not only tangible consequences to the housewife’s actions, but the emotional consequences are there as well—she is MISERABLE. You get to see the effects of her sin around every corner. You see what it does to her, her husband, and the implied effect on her child are so strong, it weighs heavily throughout. If the nastiness could be deleted, it would be so cool to let all the women in America really watch how this woman’s life falls apart… maybe the draw to the “excitement” of an affair would lose its sparkle.

Though a very offensive movie, it is not completely without merit—the tale is told flawlessly, and the suspense is amazing. Too bad Hollywood just doesn’t get it.
My Ratings: [Extremely Offensive / 3½]

Amber, age 30
Negative—This film had funny spots and almost seemed to be a comedy at first, but the subject matter was very dark and depressing and got progressively worse. If you’re expecting a “Fatal Attraction,” forget it. That movie had the affair and the sex as a small part of the story. This movie wallows in it, in detail. It would have been easy for the housewife to leave before the affair started, and you cringe when you see how she doesn’t. After that she’s trapped in her own sin and addiction.

What the bible tells us is true—flee sexual temptation. The reviewer asks how any woman could want a man who doesn’t flinch when he looks at her wedding ring. Sadly, there are MANY men like this and women too who are actually drawn specifically to unhappy spouses. There is going to be temptation in life; it’s how you handle it that’s important. Anyone can be a hero during the good times, but times when life is boring or you are going through a midlife crisis how will you respond? This movie reminded me just how much I am looking for serenity and admiration in marriage, not daily fireworks.

There were some places the movie missed. There’s no way the murder “weapon” could have caused those injuries unless it had a hard jagged edge. There was none. Also when a woman or a man leaves an affair like that, they can’t just go back to a normal life. The pain is very strong because not only do they still have the original issues that caused them to stumble, but they also have the guilt of what they’ve done and the grieving for the loss of the affair. The movie was too easy on this.

I don’t recommend it unless you’re the type of person who likes wallowing in pain to learn some moral lesson. The one bright spot is you will certainly leave the theatre with the thought “don’t cheat” imbedded in your brain.
My Ratings: [Very Offensive / 1½]

Bill Bagot, age 36
Comments from young people
Positive—I’d like to start off by saying that Adrian Lyne is absolutely brilliant. This man can take what seems to be simple in real life and play it out in a film that will keep you captivated. I mean, people cheat on their spouse/lover every day (sad as it is), but Adrian presents a film that shows what could happen to ANY person who cheats/gets cheated on. Without giving too much away, I could really feel Ed’s pain when he discovers his wife’s cheated on him. Then his anger gets out of hand, which could happen to anyone.

The incredible realism of this movie captivated me. And the end of the movie left us with a moral delemma. The ending wasn’t clear, but if you chose to see this movie, you can decide what you yourself would chose in a situation like this. Believe me, this movie’s a trip through your psyche. Another brilliant Lyne film.
My Ratings: [Very Offensive / 1½]

Preview Family Movie and TV Review
…various sexual encounters are seen and include graphic movement, nudity, sounds and a great deal of sensuality. Some of those scenes occur in public places and some have some vaguely violent qualities to them…