for some thematic elements and mild language. 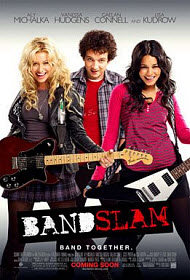 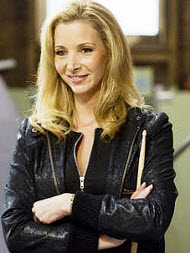 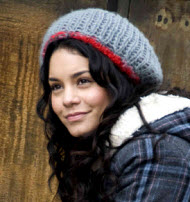 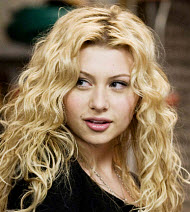 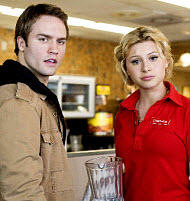 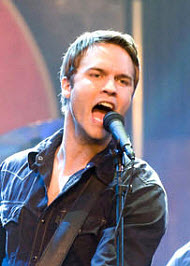 “Music has the power to rock your world”

Will Burton (Gaelan Connell) is a social outcast whose passion is music. Not only does he have excellent musical taste, he also holds a vast knowledge of the different genres and blending melodies. When his mom gets offered a job in New Jersey, Will sees this as an opportunity to start a new life. Once there, he meets “Sa5m” (Vanessa Hudgens) who’s very pretty, but oddly stoical.

Also eyeing him from the distance is Charlotte (Aly Michalka) who befriends Will. Unsure of why she so quickly offers him friendship, Will seemingly goes along, happy to finally have a friend. Once she finds out his musical knowledge, she asks Will to become the band manager of her incomplete group. Their aim is to compete in Bandslam, where the winning band scores a record contract and $10,000.

This film is refreshingly different than most movies for young people. While the plot is a bit slow at times, it deals with real-life themes with a tastefulness that is rare in films. I have always felt that kids are much more capable of dealing with serious topics than they are given credit for. While the movie dealt with these important issues, there are still plenty of appropriate laughs to be had.

“Bandslam” is very enjoyable, with the characters being well-rounded and having their own flaws. While Will becomes somewhat selfish in his pursuit of creating the band, he sincerely apologizes and is even shown to be very forgiving to those who do him wrong. There were moments where he could have retaliated, but never did. Lisa Kudrow is pleasant in her role as Will’s mother. In the end, she has a moving scene with the person who deeply betrayed Will. Through her hurt, she’s able to show how compassionate her son is, along with displaying some forgiveness herself. The mom and Will’s actions are a perfect representation of Romans 12:21 which states “do not be overcome by evil, but overcome evil with good.”

There isn’t any cursing, and I believe I heard the Lord’s name about two times. I hesitate to classify them as profanities, because Will’s mom might have actually been speaking to God. The English slang “bloody” is used twice. Some lying takes place, but only negative repercussions occur from the deception.

The most questionable content happened between the drummer Basher Martin and Will’s mother. When convincing Basher to join the band, he saw a picture of Will’s mom and said that she was cute. Will lied and said that she was actually his older sister. Believing this, Basher would sometimes wink at her. Although she did go along with the lying, the mom never returned the flirting and would often leave.

There are three kissing scenes in the film which are all close-lipped and brief. In the end of the film, Basher unexpectedly kisses Will’s mom. Charlotte teaches Will how to kiss and tells him where to put his hands (only on the face), and briefly kisses him. He also sweetly kisses Sa5m.

One character prayed to God to help one of their loved ones. In return, they promised to be nice to everyone. After the death of their relative, they returned to their former self. In short, they were trying to buy God’s compassion. We can never buy God’s love or compassion. In Ephesians 2:8-9, Paul reminds us:

“For it is by grace you have been saved, through faith-and this not from yourselves, it is the gift of God—not by works, so that no one can boast.”

With the above reservations, I recommend “Bandslam.” I did not think I’d enjoy it as much as I did. More than likely, only older kids will benefit from the strong themes. The film could serve as an awesome platform for strong discussions on how to act when others wrong you and the gift of God’s grace.

Comments below:
Positive
Positive—Took the whole family of 6—ages 15, 13, 12 and 7. We all loved it! I was very pleasantly surprised.
My Ratings: Moral rating: Good / Moviemaking quality: 5

Hayley, age 39 (USA)
Positive—This is a little gem of a film, deserving of much more exposure and “press” than it is receiving. It’s funny, moving, entertaining, quirky, and not as predictable as most similar films. It’s not a Christian film, and the “PG” is appropriate, with the predictable objectionable word or 2, and some mild innuendo; a few of the themes are above the heads of the elementary school crowd as well. The “worldview” is not Christian, of course. If one is looking for no objectionable language and a totally Christian movie, this isn’t it. That said, there are some admirable themes, as noted by the reviewer above. All in all, I recommend it for young teens and up.
My Ratings: Moral rating: Better than Average / Moviemaking quality: 4

Doc, age 55 (USA)
Positive—Find a way to see this movie someday. In our area, it is only available on a limited basis. I do not understand why. To begin with, it is not a “pie in the sky” everyone is just sweet and has innocence. These kids have some issues and injustices to work through, not always of their own making, but they have to decide how to deal with them. I find the relevance in how they try. At the same time, the script and for the most part, the characters are well written and developed, respectively. The mother of the main male lead, is a good blend of a mother first, friend second-and it’s hard for her to see him in pain. She isn’t perfect, but I liked her!

It is not a “Christian” film and the music isn’t either, but you won’t feel insulted by bad language or suggestiveness. All through the movie, I saw “springboards” to conversations I could start if I were still working with youth. Skip some of the junk that is out there and look this one up. Feel good for a change when you leave the theater.
My Ratings: Moral rating: Better than Average / Moviemaking quality: 4½

D. Proshek, age 49 (USA)
Positive—I took my 17 year. old daughter to see this movie for a father/daughter date. I wasn’t expecting much, but I was pleasantly surprised! There were no curse words, no sexuality other than a kiss on the lips, and it had a great message. I wish more movies were made like this, but unfortunately, these are few and far between. By the way, my 17 year. old daughter loved it!
My Ratings: Moral rating: Excellent! / Moviemaking quality: 4½

Robert Brown, age 38 (USA)
Positive—“Bandslam” is a great movie! The storyline is great, the music is superb, and the acting well done, but the way the story is told is a little weird and difficult to describe, but I doubt you will be disappointed. It is your typical teen musical drama. Boy moves to a different school, meets a girl that he likes, gets involved with a high school band that’s competing against the main high school band, so on and so forth. However, it is more like “That Thing You Do” in the sense that it’s about music instead of “High School Musical” which tells its story through music. Despite its like of originality, I thoroughly enjoyed it.

It was refreshing to see Aly Michalka (of "Aly & AJ" fame) return to acting. Her singing voice has not missed a beat, as was as, Vanessa Hudgens’ role as an emo-girl, departing from her “girl next door” role of “High School Musical.”

Morality-wise, the film had three obscenities and one “OMG.” The main character tells the drummer of his band that his mom is his sister, so the drummer will join the band. (The drummer likes "older women.") I would definitely recommend this film and encourage you to see it.
My Ratings: Moral rating: Average / Moviemaking quality: 3½

Comments from young people
Positive—I really liked this movie. I have nothing that I really was against, except a scene where Sam is talking about being “an experiment” of a supernatural being. It was obviously a jibe toward Christians, because they are basically saying, “If God is all-powerful, how is there free will?”. Thankfully, the scene was short and nothing questionable came up (that I noticed) for the rest of the film. I would recommend this movie to 13+ year olds.
My Ratings: Moral rating: Better than Average / Moviemaking quality: 3

Alyssa, age 16 (Australia)
Positive—I liked “Bandslam.” It wasn’t an amazing movie, but it’s worth seeing. The offensive content: The mother says the Lord’s name in vain, and the drummer kisses the mom. Other than that, it was pretty clean.
My Ratings: Moral rating: Better than Average / Moviemaking quality: 4½

Lili, age 11 (Canada)
Comments from non-viewers and partial viewers
Negative—We rented this movie based on the review, but had to turn it off after 15 minutes. Our kids are 8 and 5, unfortunately the movie’s focal point is the sexual tension between characters. Not a great choice for elementary children. I hope this helps someone else.
My Ratings: Moral rating: Average / Moviemaking quality: 3