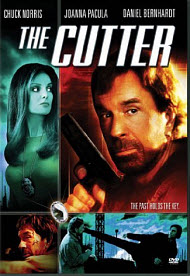 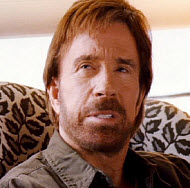 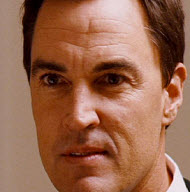 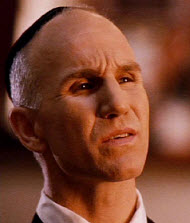 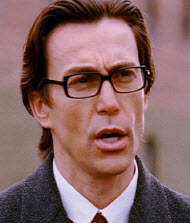 diamonds in the Bible

“The past holds the key!”

“The Cutter” is Chuck Norris’ final film before retiring from acting. He has since become an advocate for Creation Science, Bible History in public schools, and became the creator of the World Combat League, a better alternative to the UFC.

Chuck Norris plays John Shepherd, a former Spokane cop turned private investigator. After rescuing Liz Teller (Joanna Pacula), she begs her to help him find her diamond cutter uncle, Isaac Teller (Bernie Kopell), who has mysteriously vanished thanks to the efforts of the man known only as Dirk (Daniel Bernhardt).

Little do they both know that he has been captured by Colonel Speerman (Curt Lowens), a surviving Nazi officer who has stolen the breastplate of Aaron, discovered in the Middle East. Colonel Speerman wants Isaac to cut the diamonds from Aaron’s breastplate in a specific cut that was developed in Auschwitz. He wants them for himself and will not give them up. What follows is a tale of action, suspense, espionage, assassins, and a whole lot of Norris.

I grew up watching Chuck Norris, and I have seen every single one of his movies, and while I am not ready to admit this is his best movie, it certainly is one of his best.

The movie contains a lot of violence. There are shootouts, a lot of Martial Arts action, explosions, and flashbacks to Auschwitz prisons. At the beginning of the movie, Shepherd tries to rescue a girl who has been kidnapped. It shows a montage of her being roughed up by her kidnappings, but it does not show anything sexual. There is one kissing scene and a scene where we see Liz Teller from the neck up in the shower. Nothing graphic is shown. There is a moderate amount of language in the movie. Chuck Norris is a notable Christian, but I should caution you, this is not a Christian movie. It is an action movie directed by known action director William Tannen (who also directed Chuck Norris movie “Hero and the Terror”).

John Shepherd’s character is plagued by his failures in the past. He failed to rescue a girl from a serial murderer (discussed in the film) and fails to rescue a girl from kidnappers at the beginning of the movie. This pattern seems to follow Shepherd, but in this movie, he has a chance to make it even and save the day. The Bible tells us that no matter what our failures or shortcomings, Jesus loves us, no matter what. Our redemption is in Him and Him alone. We may be a Martial Arts master, but that does not even cover the distance, only Jesus can get us back on the right path.

Bottom line, many Christians who do not enjoy violent action movies (like “Taken,” “Edge of Darkness,” etc.) will not be entertained by this film. However, if you are an action movie fan and, in particular, a Chuck Norris fan, you will not be disappointed. This movie will keep you on the edge of your seat. If you are looking for a heartwarming message in the movie, you will not find one, but you will be begging for Norris to throw one more spinning round kick!

Positive—It is very pleasant to say that no where in this full action film the Lord’s Name was used in vain, in no way at all. Not even the “Oh my G…” that is so popular these days! Hallelujah for this! That, in itself would make me reccomend it to any action movie lover. Yes, a lot of action including several people being killed and shot, but it is an action/police movie, after all.
My Ratings: Moral rating: Better than Average / Moviemaking quality: 3½