for some drug and sex-related material. 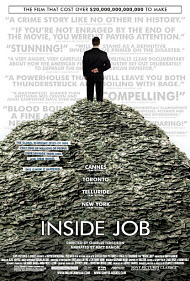 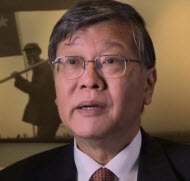 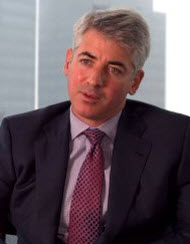 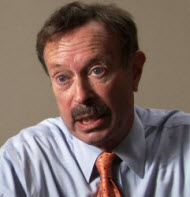 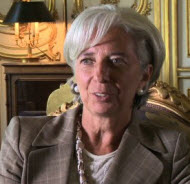 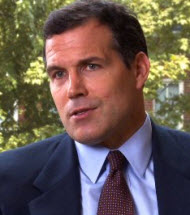 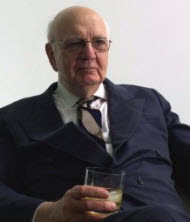 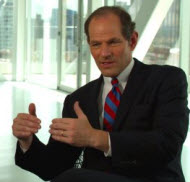 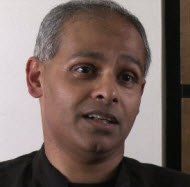 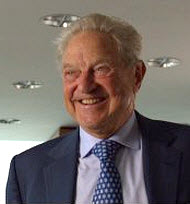 debt in the Bible

“The global economic crisis of 2008 cost tens of millions of people their savings, their jobs, and their homes. This is how it happened.”

“Inside Job” is an incredible film that deserved its Academy Award. It builds tension like a thriller, only to finish without a dénouement, leaving the audience with sole responsibility for a fulfilling conclusion. This is made all the more unsettling by the fact that this is not an action movie; this is real life. I left the cinema burning with righteous indignation against government, academia, and especially the financial industry.

The documentary traces the history leading up to the financial crisis of 2008, and how policymakers and businesses have reacted to it since. The film is not partisan, and both Republicans and Democrats stand accused of allowing unwise deregulation to occur under their watch, which freed the feral beasts of financial liberalization.

There are flaws, of course. Congressman Barney Frank is portrayed positively, even though he denied time and again that Fannie Mae and Freddie Mac were in awful fiscal shape. I wish Frank were given more of a grilling, like the ones Frederic S. Mishkin, Glenn Hubbard and John Campbell received; it was intriguing to watch such esteemed economists being reduced to stuttering buffoons. These men are indubitably brilliant—as an economics student I have read their papers—but used their faculties for evil by giving misleading and/or ingratiating advice to governments and financiers.

Indeed, I wondered why a lot of the movie’s key players—executives, academics, regulators—weren’t imprisoned or at least sanctioned. I suppose the answer lies in former Greenlining Institute director Robert Gnaizda’s statement, that this is a “Wall Street government.” And that’s perhaps the saddest aspect of the movie: it leaves you with an overwhelming sense of defeat, the feeling that drastic and radical measures would have to be implemented to cleanse Wall Street avarice and the harm it has inflicted—and that nobody is willing to implement them.

In this sense, ‘Inside Job’ is a solid reminder that we Christians should guard ourselves against greed, and—if we are blessed to live in a democracy—should use our voices and activism to influence the system for the good of humanity.

There is nothing overly objectionable about the movie. The lives of the financial elite are briefly presented as base and immoral: drug use and prostitution stand out. For this reason, the movie is not suitable for young children.

I recommend this film especially to Americans. These are hard times we’re living in… I just pray that the United States will recover, and become a better country because of it.

Charles Ferguson, the founder of Representational Pictures and the director of Inside Job, is a filmmaker, writer, and political scientist. A native of San Francisco, California, Ferguson obtained a B.A. in mathematics from the University of California, Berkeley in 1978 and a Ph.D. in political science from M.I.T. in 1989. Following his Ph.D., Ferguson was a postdoctoral researcher at M.I.T. for three years, focusing on interactions between high technology, globalization, and government policy, and frequently consulting to U.S. government agencies including the White House staff, the Defense Department, and the U.S. Trade Representative. Then from 1992 to 1994 Ferguson was an independent consultant to high technology companies including Apple, Xerox, Motorola, Intel, and Texas Instruments. In 1994 Ferguson founded Vermeer Technologies, a software company which developed FrontPage, the first end-user Web site development tool, which he sold to Microsoft in 1996. Subsequently he spent several years as a Senior Fellow at the Brookings Institution and a visiting scholar at M.I.T. and U.C., Berkeley.

In mid-2005, Ferguson formed Representational Pictures and began production of his first film, “No End In Sight: The American Occupation of Iraq,” which premiered at the Sundance Festival in 2007. “No End In Sight” won the Special Jury Prize at Sundance, the Best Documentary prizes of the New York and Los Angeles Film Critics circles, and was nominated for an Academy Award for Best Documentary. Ferguson has authored several books including High Stakes, No Prisoners: A Winner’s Tale of Greed and Glory in the Internet Wars, and Computer Wars: The Post-IBM World (co-authored with Charles Morris).

Director’s statement—“This film attempts to provide a comprehensive portrayal of an extremely important and timely subject: the worst financial crisis since the Depression, which continues to haunt us via Europe’s debt problems and global financial instability. It was a completely avoidable crisis; indeed for 40 years after the reforms following the Great Depression, the United States did not have a single financial crisis. However, the progressive deregulation of the financial sector since the 1980s gave rise to an increasingly criminal industry, whose “innovations” have produced a succession of financial crises. Each crisis has been worse than the last; and yet, due to the industry’s increasing wealth and power, each crisis has seen few people go to prison. In the case of this crisis, nobody has gone to prison, despite fraud that caused trillions of dollars in losses. I hope that the film, in less than two hours, will enable everyone to understand the fundamental nature and causes of this problem. It is also my hope that, whatever political opinions individual viewers may have, that after seeing this film we can all agree on the importance of restoring honesty and stability to our financial system, and of holding accountable those to destroyed it.”

43 people who appear in this film

Positive
Positive—A powerful eye-opening recounting of what led up to and caused our economic crash. As someone who worked in the treasury field, I had a front row seat to this banking crisis in the fall of 2008. It was as wild a ride as this movie recounts. I think this movie should be required viewing for all incoming college business majors. As Chuck Colson wisely concluded, “our economic collapse in 2008 was the result of moral and ethical failures…”

The Wall Street culture that this movie details is enough to make any Christian pause and wonder why God allows this country to prosper. This is not a perfect nonpartisan account, as I noticed a liberal undertone, but it’s certainly more politically neutral than I would have expected. One of the glaring omissions was Barney Franks involvement. He should have been grilled as hard as the other government officials for his egregious involvement in this “Inside Job”.

Unfortunately, this movie won’t likely be on the top of people’s “must see” lists. There are no great battles, car chases, or drama. It instead requires an amount of attention that I fear most movie audiences just aren’t ready to give—Which is a travesty, because I think everyone needs to see just how deeply corrupt our “Wall Street Washington” has become.
My Ratings: Moral rating: Better than Average / Moviemaking quality: 5