As Above, So Below

for bloody violence/terror, and language throughout. 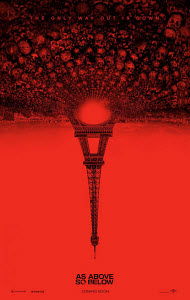 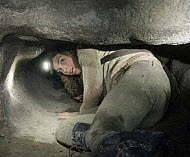 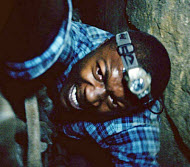 overcoming traumas of the past

death and the final judgment in the Bible

“As Above, So Below” is probably the best found footage movie (in this case, a “self-filmed” approach), I’ve seen yet. But if you’re familiar with frequent offensive content that is the norm for found footage movies, you probably know that doesn’t say too much. I honestly don’t know why, but most found footage movies have a crazy amount of profanity and some amount of inappropriate sexual content. This film has no sexual content, but does have copious profanity, as well as some uncalled-for violence. However, it also has more depth than most films of this fairly new genre. Some reviewers thought it was a success, others didn’t, but one thing is obvious: the creators put effort into being meaningful, not just disturbing. I’ll address this more later.

I never saw “The Blair Witch Project,” which started the genre, but it was “Paranormal Activity” that made found footage popular. Most people (not including myself) found it effectively terrifying, but it was basically a home video version of the clichéd old haunting plot. The sequels seem to be consistently pointless, always crowing evil king. When I reviewed “Devil’s Due,” I didn’t find that one much different. But one of the main things that piqued my interest about “As Above, So Below” was the fact that it wasn’t about a haunted home. It’s an archeology fantasy.

There is no occultism, and the plot is not driven by mystics or New Age ideology, though there are a few references. It’s an underworld fantasy. A young lady named Scarlet leads a team into the ancient catacombs of Paris to search for Flamel’s Philosopher’s Stone, which is rumored to grant immortality. But they unexpectedly stumble upon a long series of passages full of dark mysteries, and they can’t turn back. The further the explorers go, the more uncannily familiar the mysteries become.

This movie shows many things that every real-life archaeologist sees, like catacombs and dead bodies. The dead bodies are pale, but not gruesome, and they’re clothed. One of them is hanged. There are also some cave disasters that wound the characters. The amount of blood is usually kept in moderation and are rarely fatal. Plus, those scenes are usually very hectic, which means the handheld camera is more shaky, making it harder to see detail.

The real scary stuff kicks in at the furthest part of the underworld, where skeletons pop out of the rocks and chase the explorers, inflicting wounds on some. One character has a vision of his past, in which a car burns. We see a person inside, but we don’t see the person burning. The scene I found most scary is when Scarlet is sucked into a pool of blood. It’s more bizarre than gruesome, similar to the elevator scene in “The Shining.”

Some other moral concerns include unnecessary illegal activity, including graffiti. One man picks a fight with another to get him to go on the trip.

I was impressed with the special effects in this movie. I’m no filmmaker, but combining special effects with found footage sounds like a hard thing to do. I was even more impressed with the thought-provoking value of the plot. The characters do not fight ghosts or demons, but their own inner demons. The underworld they enter takes them back to several traumatic events of their lives, and they’re haunted by guilt.

In order to survive, they have to cope with their fears and overcome the trauma of the past. Of course redemption, true peace, and eternal life must be asked for from the mercy and power of Christ. We have to trust in Him to protect us. But throughout life, there are many battles we must fight. This film, though dark, did inspire me at the end. It’s one of those films that doesn’t tell you exactly how it wants to make you feel, but rather leaves you thinking about it after you finish it.

I rated this film mostly due to the language, but I think there’s enough uncalled-for violence to earn it that rating, too. I’m hesitant to recommend this film to general viewers. It’s not a good choice for mere entertainment, but mature viewers who are prepared for a very dark take on complicated subjects, and who want to be left with something to think about, may want to give it a watch.

In the end, this film didn’t disappointment my hopes for its potential, and I was refreshed to find that it’s not nearly as offensive as most films like it, but it still contains a fair amount of content issues.

Movie Critics
…rather hopeless mash-up of “The Descent” and [“Rec],” not to mention a dozen other found-footage movies that have clogged the screens over the last five years. … this film is loaded with purposely shaky camerawork, making it hard to see what's what and who's who amid all the Mo-sick cinematography.

Jordan Mintzer, The Hollywood Reporter
…It all makes for clumsy-fun escapism, not bad as end-of-summer chillers go, but small-time compared with other Legendary releases. …the final reveal is unspeakably corny…

Mike McCahill, The Guardian
… As an agoraphobic's worst nightmare, it's unpretentious and tensely executed, though it grows increasingly wearisome the clearer it becomes that the filmmakers only care for the traumas of their characters insofar as it allows them to imagine unexpected sights materializing inside the limestone-walled bowels of a cosmopolitan city. … [2/4]

Ed Gonzalez, Slant Magazine
…ends up feeling like an almost random collection of genre riffs. Though hardcore fright fans in need of a late summer fix might turn out for the low budget Legendary Pictures offering, mainstream ticket buyers may be more inclined to let this particular unlikely tale rest in peace. …

John Hazelton, Screen Daily
…“As Above/So Below” is unnecessarily profane, populated by albino-skinned dead reaching from pools of blood … and destined for a second slow death on Netflix. …