for sexuality including references, drug content, violence and some strong language. 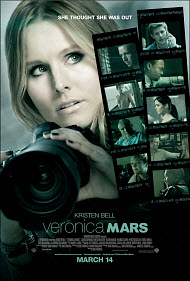 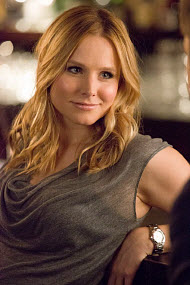 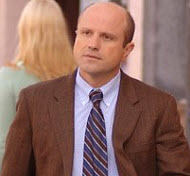 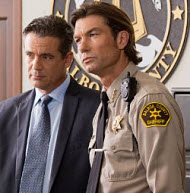 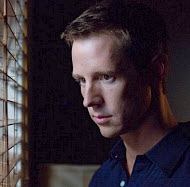 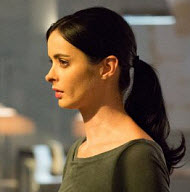 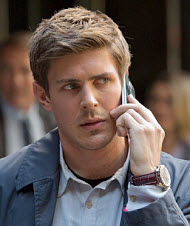 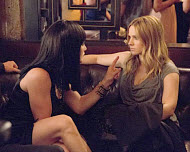 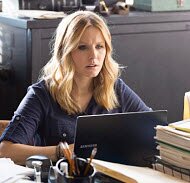 “She thought she was out.”

I have never seen the series, so when I heard about this film, I decided to read a little about it before watching this. The briefest of premises one can come up with is the series is about a high-school student (Kristen Bell) who moonlights as a private detective with the assistance of her PI father (Enrico Colantoni—best known for his work on the original TV series and on the Canadian crime series “Flashpoint”).

The film takes place nine years after she and her friends graduated, and she is looking towards a prestigious law job in New York. Her plans to move forward are halted, however, after finding out that an old classmate Carrie Bishop/Bonnie DeVille (Andrea Estella) was found dead in her bathtub, and Veronica’s friend and Carrie’s ex-boyfriend Logan Echolls (Jason Dohring) is accused of her murder. Veronica sets out to prove that Logan is innocent, and will go to any length to prove it, even if it means putting her potential job and her relationship with her boyfriend (Chris Lowell) on the line.

I feel rather fortunate that I have not watched the series, because I do not have judge a comparison. That being said, I thought the film was alright, and it lives up to its hype. The mystery is engaging, the character development is well-done, and it also packs in a few punches and twists in regard to action and plot. It is not my favorite mystery film, but, at the same time, it is not the worst in regard to quality.

However, despite the decent movie-making quality, the moral quality of the film is very poor.

Swearing is not the only form of dialog considered offensive; there is much sexual talk throughout, which brings me to the next topic.

Sex/Nudity: Be prepared to see much sex and/or sexual innuendo. The film begins with Veronica in a New York law firm with someone sitting next to her displaying a drawn picture of a smiling penis; she then shows him the middle finger. There are also other scenes of men (mostly drunk) making many sexual comments or gestures toward her; all that she ignores or declines to. Other forms of sexual dialog take place between different characters.

There is also plenty of sex in the film, as well. No nudity is fully shown, but it is easily implied. It is revealed that two sex tapes of different people are leaked on-line; one of them is played during a high school reunion, with much kissing and moaning presented. Two characters later have sex after a long and stressful night, with the man’s shirtless body being displayed. Another character partakes in extramarital affairs while someone watches from the roof of an apartment (and hears via radio), though it is not shown.

Violence: There is a fair amount, especially considering this is a mystery film. An intense bar fight is seen, and later referenced via photos. Two people are involved in a hit and run, which kills one and severely injures the other. Someone is later shot in the gut and succumbs to their injuries moments later. The details behind the main mystery may also be considered disturbing to some viewers. There are also other instances where people punch or assault each other.

What makes this film positive in regard to morality is the fact that the film’s title character triumphs over adversity, even though giving up may seem like the easiest thing to do.

“We are afflicted in every way, but not crushed; perplexed, but not driven to despair; persecuted, but not forsaken; struck down, but not destroyed” (2 Corinthians 4:8-9).

Throughout the film, Veronica is also constantly reminded of who she once was, despite trying to move away from that. In the end, she is faced with the decision of either staying the way she once was or moving on.

However, despite the lesson offered about fighting adversity, meeting one’s goal to the end, and remaining true to yourself, for those heavily rooted in their faith, this is not a film for you, mainly due to the film’s sexual material.

I guarantee fans of the TV series will find much favor and closure with this film, but many Christians may not.

Movie Critics
…A solid cinematic turn for the Nancy Drew of the new millennium, sure to delight crowdfunding backers and other fans of the source series. …

Sheri Linden, The Hollywood Reporter
…a likable, unmemorable, feature-length footnote to the admired television series… But it’s hard to believe that Veronica, having matured into the totally together woman you always knew she would become, would honestly want to return to this pitiful small town other than for a visit with Dad.

Chris Knight, National Post
…a fun, breezy film adaptation… a script that ties up a lot of loose ends and opens up a new can of worms. …

Duane Dudek, Milwaukee Journal Sentinel
…not a reinvention of the wheel, but another spirited spin of it. … this friend still fits like a cozy sweater. … [3/5]

Kimberley Jones, The Austin Chronicle
…For fans of the show, it’s a trip down Memory Lane, and for newcomers, it’s probably a compelling-enough case for future binge-watching.

Christa Banister, Crosswalk
…“Veronica Mars,” as satisfying as it might be for longtime fans, feels more like a tragedy to me. The entire town is awash in drink, drugs and bad behavior. … [2/5]