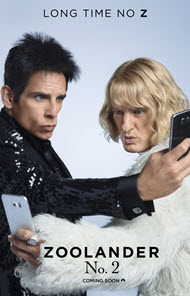 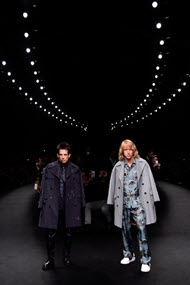 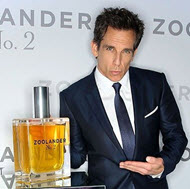 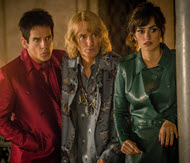 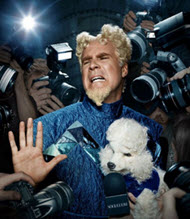 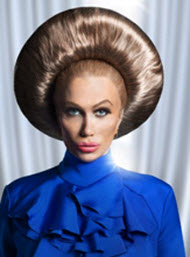 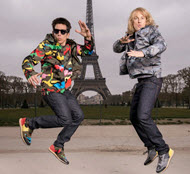 Here’s what the distributor says about their film: “Blue Steel. Le Tigre. Magnum… looks powerful enough to halt a Chinese throwing star mid-air and thwart the plans of an evil mastermind’s global takeover. There is only one male model and one male model alone who is capable of conjuring such beauty and power with a pout… Derek Zoolander.

When we last saw male models Derek (Ben Stiller) and Hansel (Owen Wilson), they were enjoying the wonders of the “Derek Zoolander Center for Kids Who Can’t Read Good And Wanna Learn To Do Other Stuff Good Too,” and Mugatu (Will Ferrell) was behind bars. An unforeseen catastrophe strikes the Center and forces the duo into seclusion, living off the grid. Fifteen age-defying years later we find a still shamed Derek and Hansel leading isolated, separate lives, shut-out from the rest of the world.

When each receives a special invitation to star in a major world fashion event in the ancient and mysterious city of Rome, they are unable to deny the allure of returning to their former glory and make their way back to civilization. Upon arrival, Derek and Hansel meet the bizarre and eccentric designers that are behind the new fashion empire. The two rapidly realize the fashion world they once knew has drastically changed, thrusting them awkwardly and literally back into the spotlight.

While they struggle to find relevance in this strange new world of blogging, vlogging, and anti-fashion fashion, they are recruited to help stop a calculated and deadly plot that if not stopped, would destroy forever the hopes for fashion to return to its revered and glorious status. Only Derek and Hansel have the power to SAVE FASHION.”

Barry Hertz, The Globe and Mail
…the imbecilic charms of a character that began as TV sketch material are too often misplaced in this wildly over-plotted, under-energized action comedy… paradoxically, the sequel gets far less mileage than its predecessor out of the real-world absurdities of a target industry that takes itself so very seriously. …

David Rooney, The Hollywood Reporter
…mostly the flick is silly, salacious fluff—a bit of unseemly drivel determined to use its gags to make us gag. …a great illustration of how the culture has changed—and degraded—in terms of its sexual attitudes. …

Paul Asay, Plugged In
…slightly disappointing but still reasonably funny comeback… Like a famous band playing live, Derek et al are required to do their greatest hits, not their new stuff—and they don’t really have much in the way of new stuff. …

Peter Bradshaw, The Guardian (UK)
…flabby pacing that leaves scene after mirthless scene stranded. …this needless sequel amps the silliness to DEFCON-4 levels of frantic surrealism and overstuffs the running time with famous faces. It’s a pop quiz instead of a movie, and it’ll be dated by tomorrow morning. …[1½]

Ty Burr, The Boston Globe
…almost every gag feels forced and desperate… Even Kohl’s discount rack isn’t as much of a fashion disaster as ‘Zoolander 2’… One lethargic half-formed almost-funny idea after another… [1/4]

Kyle Smith, New York Post
…“Zoolander 2” runs a stale joke into the ground… The paper-thin plot feels rushed and harried, because it stops every two minutes to make room for random notable names to mug for the camera. … [1½/4]

Peter Howell, Toronto Star Newspapers
…a dud glitter-bomb of a sequel, eventually leaves you in a state of suspended animation, with eyes glazed over and brain in sleep mode. …

Joe Morgenstern, The Wall Street Journal
…In the world of sequels no one was crying out for, it’s easily in 55th place… [2½/4]

Stephen Holden, The New York Times
…feels sad and desperate, like a comic who doesn’t know when to get off stage. …

Chris Nashawaty, Entertainment Weekly
Comments from non-viewers
Negative—This movie, and the movie it is a sequel to, has a lot of sexual immorality that the world considers to be permissible. That should be reason enough to not go see it.