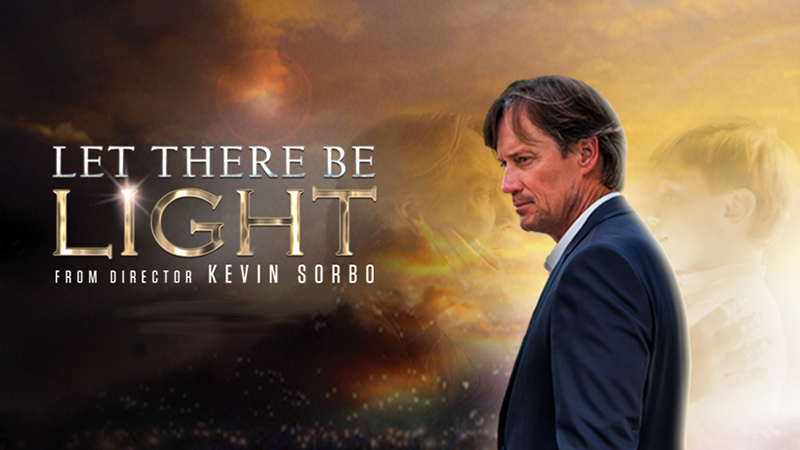 Let There Be Light

for some thematic material including alcohol and drug issues. 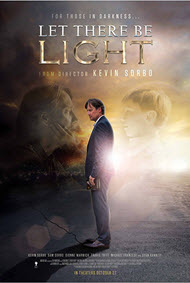 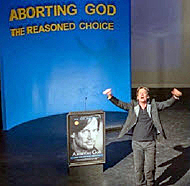 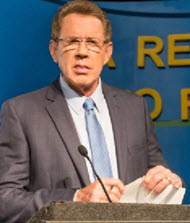 About THE FALL OF MAN, DARKNESS, LIGHT and TRUTH 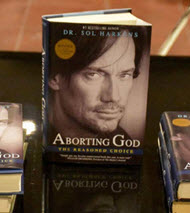 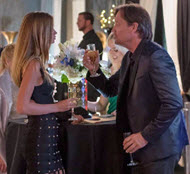 Being continually derisive and hyper-skeptical—where does that lead?

The terrible dead-end of living a life of hedonisism 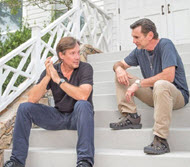 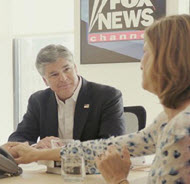 “Darkness cannot drive out darkness. Only light can do that.”
—Martin Luther King, Jr.

Darkness has existed ever since Adam and Eve sinned in the Garden of Eden. As a result, sin entered the world, and will continue to exist until God in all of His glory creates the New Heavens and New Earth at the conclusion of the Millennium. Until then, there will be a lot of darkness that we will have to endure in this present world. We see it displayed on the nightly news—in such evil murders as the recent shootings in Las Vegas, or at the Baptist church in Texas. Darkness is not only widespread, but also very personal, as well. The antidote to darkness that God gives us is light. The purpose of this film is to provide light to darkened minds.

In the opening scene, we are shown clips from the 9/11 tragedy and the darkness that came with that tragedy. Later, we witness a debate between angry atheist Dr. Sol Harkens (played by Kevin Sorbo) and a Christian speaker. In the movie, Sol is the “world’s most famous atheist.” He is very outspoken about his utter disdain for God, and he has just published his newest book titled Aborting God.

Where does his anger come from? We discover that it began when he lost his first-born son to childhood cancer. He divorced his wife, who is a Believer, and now lives alone—focused on his self-indulgent, hedonistic lifestyle and profiting from his articulate rage against all religions.

After the debate ends, most people in the audience think that Sol won the debate. He ends up having a party with his book publishers. Hours later, he is once again drunk, drives recklessly and crashes his expensive vehicle. This impact leaves him apparently “dead” for 4 minutes. During this time, he has a dream (or vision) where he sees his son, who tells Sol that he must go back to live, and says, “Let there be light.”

The near-death experience depicted in this film is, of course, a plot device and a fantasy. However, it is still of some biblical concern. Readers should be aware of the facts about… NEAR-DEATH EXPERIENCES—Who is the being of light generally encountered in actual near-death experiences? Answer

In the days that follow, Sol begins to realize that his drunkenness and anti-God tirades have placed a very serious wedge between him and his ex-wife Katy (Sam Sorbo) and sons. Some humility begin to surface. He also begins to strongly feel that there was a reason he had his dream. So he eventually consults his wife’s pastor in search of answers to his many skeptical questions about God and the Bible.

***SPOILERS*** Very enlightening discussions follow, and eventually his dark heart softens, and Sol is able to see the reality of God and His Word. His wife and sons are suspicious of his new claims and attitude. Eventually, as his knowledge about the Bible grows and his pridefulness diminishes, he becomes a new man in Christ, is baptized and is able to make amends with his family, and he and his ex-wife marry each other again.

His wife comes up with an idea called “Let There Be Light (LTBL)” which she hopes will provide some antidote against our world’s spiritual darkness, reminding people of the good that God provides all around, even in this fallen world. On Christmas Eve, she wants Believers to use an light-producing app on their cellphones in a vast way that satellites will photograph, allowing the many points of light on Earth to be seen in pictures transmitted from space. ***END SPOILER***

As they’re trying to make this plan a reality, their life circumstances take a very unexpected turn, and a test of faith that leads to an emotionally powerful conclusion.

In my opinion, the content of this movie is okay for families. There is no sex, nudity, just abuse of alcohol by Kevin Sorbo’s character (and that is shown as a bad thing).

I found the plot lacking in some scenes, but the film isn’t bad, it just wasn’t as great as I had hoped. From a Christian perspective, I certainly recommend “Let There Be Light” as a film that offers spiritual light, biblical knowledge, redemption and love.

Then Jesus again spoke to them, saying, “I am the Light of the world; he who follows Me will not walk in the darkness, but will have the Light of life.” —John 8:12 NASB

Positive
Positive—Kevin Sorbo directs and stars with his real-life wife Sam Sorbo (who also co-wrote the script) and their two young sons in this touching story of how God’s Light shineth in the darkness, and the darkness comprehendeth it not.

The acting, writing, and directing are all first-rate. To mention the plot would be to spoil the life-affirming message within this diamond of a movie.

There is absolutely no profanity or sexual content; just some mild references to the hedonistic lifestyle in the 1970s, some consumption of alcohol (which is not condoned), and a quick accident scene.

The PG-13 rating this movie got is too harsh, in my opinion. “The Artist” also got that restrictive classification when its content was clearly equivalent to that of a PG movie. How “Titanic” (1997) sailed by the Motion Picture Association of America with a PG-13 rating when it clearly should have been rated R is beyond my understanding.

I highly recommend this movie. Disregard the PG-13 rating, and take the kids.
My Ratings: Moral rating: Good / Moviemaking quality: 5

D, age 31 (USA)
Positive—What a powerful movie! An emotion roller coaster ride with one of the most compelling presentations of the Gospel that I have seen on film. Definitely a must-see.
My Ratings: Moral rating: Very Offensive / Moviemaking quality: 4

Dr. Franklin Graham (USA)
Positive—This movie is the most awesome movie I have ever seen. I’m glad that there weren’t any f-words in it or nudity.
My Ratings: Moral rating: / Moviemaking quality: 5

Charlene, age n/a (USA)
Negative
Negative—This wonderful, uplifting movie should never have been made. All of its worth came crashing down in the disclaimer at the end of the credits - it was only a work of fiction. The entire plot of the movie was based upon a miracle, that was fiction. This places Christ in the same realm as Santa Claus and the Easter Bunny; and supports those who claim Christians are clinging to a myth, based on fiction.
My Ratings: Moral rating: Offensive / Moviemaking quality: 4