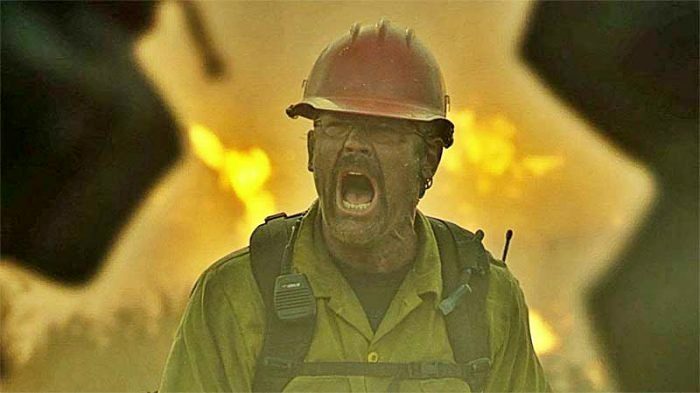 for thematic content, some sexual references, language and drug material. 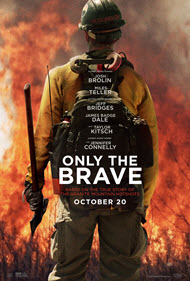 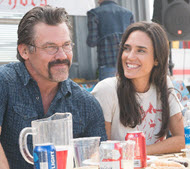 Making a difference for good in the world

For a Christian, what is an LOVE? Answer 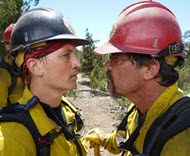 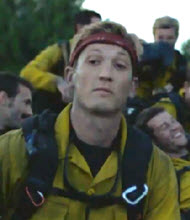 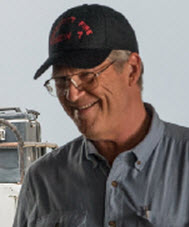 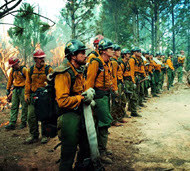 “It’s not what stands in front of you. It’s who stands beside you.”

The firefighters of Prescott, Arizona are a strong, remarkable team, dedicating their lives to protecting the homes and livelihoods of all who live in Prescott. However, Station 7’s more defined role is to monitor and assess any wildfires that come within range near Prescott or any neighboring towns.

The problem that many of the crew have expressed, however, is that they wish not to simply monitor the wildfires and have out-of-town crews (called “Hot Shots”) put them out. No sir! These men want to be on the front lines! They want to be where the action is! In fact, they’ve been preparing to become “Hot Shot” certified for the past 4 years. And so the mayor of Prescott, after much consideration, decides to give these guys the green light to get certified.

And sure enough, the crew achieves “Hot Shot” certification, renaming their organization the Granite Mountain Hotshots. As time progresses, so do the number of wildfires, and the Hot Shots become more and more famous around the area—in Prescott and across Arizona.

“Only the Brave” takes us on a journey through the lives of these remarkable, brave men and their acts of defying the odds, asking the ultimate question: What sacrifices are you willing to make for the ones you love?

I found “Only the Brave” to be one of the most powerful and uplifting dramas (for a secular film) that has come to theaters in years. With some terrific performances led by Josh Brolin, Jeff Bridges, Miles Teller, Jennifer Connelly and Taylor Kitsch, what makes “Only the Brave” effective in it’s story telling is not simply the stories of the Hot Shots’ wildfire adventures, but of their lives at home. Director Joseph Kosinki’s focus on character development (the firefighters and their families) is what makes “Only the Brave” amazing. Additionally, the pacing of the film is fairly strong (with only a couple moments where it dragged). The climactic final act will likely make you shed a tear or a two, as I did, even if you already know how the story ends.

One last thing I would like to commend is the film’s positive portrayal of local servicemen and servicewomen (by this I mean firefighters, police, military, etc.). Today, in a country where some of our local servicemen and servicewomen aren’t always viewed with the proper respect or honor they rightfully deserve, it is nice to see a film which properly and respectfully displays the courage, integrity and sacrifice these men and women make for us on a daily basis.

Sadly, the film does have definite negatives, and much of it is UNNECESARRY.

Sexual Content/Nudity/Dialog: There is quite a bit of sexual dialog throughout the film, some of which would not be appropriate to discuss on a Christian Web site. One of the firefighters brags about some of his sexual conquests (he even shows a picture of a girl he’s dating—in lingerie—to another firefighter). A married couple is seen kissing passionately on a few occasions (but not having sex, but they do bathe together). The couple does have sex in a later scene.

Violence: Firefighters are killed in a huge rushing blaze, and the audience is shown remains of the bodies and equipment after discovery by rescue workers. One person is bitten by a rattlesnake, and the wounds are shown. An abused horse is seen with some severe injuries. A supervisor takes a chair and smashes it against his office desk. A character experiences a car accident.

The main theme of “Only the Brave” is self-sacrifice and heroism, and I think most viewers will be inspired. This film provides a prime example of men laying down their lives for others—willingness to sacrifice everything they love: their homes, their families, their livelihoods in the process. Sacrifice is never easy. For these men, every time they stepped out the door, they knew there was a chance they might not come home. They took the risk, nonetheless.

I am reminded of our Savior, Jesus, who acted in great love, dying on the cross voluntarily for our sins, as a living sacrifice:

“For God so loved the world that He gave his only begotten Son; that whoever believes in Him should not perish, but have everlasting life.” —John 3:16

“For by one sacrifice he has made perfect forever those who are being made holy.” —Hebrews 10:14 NIV

And because these firefighters acted in love, sacrificing themselves willingly, I am also reminded of this Scripture:

My command is this: Love each other as I have loved you. Greater love has no one than this: to lay down one’s life for one’s friends. —John 15:12-13

As I said, “Only the Brave” is a moving tribute, not only to the fallen firemen of the Granite Mountain Hotshots, but to all who have served their local, state and national law enforcement communities. I was very moved and consider it great cinema. Were it not for the abundance of sexual dialog and heavy amount of profanity and vulgar language, I could have recommended it to Christian audiences.

Positive
Positive—Great movie to see. This was a real eye opener for what these men really do to help bring fires under control. The movie showed that while being heroes in their work, they are human beings going through real life struggles and problems, as well. The actor Miles Teller is fantastic and does a great job.
My Ratings: Moral rating: Good / Moviemaking quality: 5

CJ Piarowski, age 58 (USA)
Positive—This was an excellent movie that paid tribute to the firefighters and the sacrifices they made. I can’t disagree more with the reviewer who said he could not recommend this movie to Christian viewers due to language. Yes, there is some, it is moderate, but it portrays these people as they were, and I think we as Christians should be able to accommodate a few bad words to experience their heroism and honor their sacrifice. Let’s not miss the forest for the trees.
My Ratings: Moral rating: Better than Average / Moviemaking quality: 5

Movie Critics
…a working class tribute you rarely see from Hollywood these days…
Eric Kohn, IndieWire
…The blending of practical effects and CGI is impressive, and we come to understand the risks these men are taking, but some of the techniques and approaches they take remain a mystery, up to and through the climactic fire. Not that we need a manual to understand these men were working-class, everyday heroes. …[3½/4]
Richard Roeper, Chicago Sun-Times
…Nuanced “Only the Brave” is powerful, heartbreaking…
Bill Goodykoontz, The Arizona Republic
…Blending real-life heroism with awesome disaster-movie spectacle, this portrait of the Granite Mountain Hotshots deservedly celebrates the courage to fight wildfires. …
Peter Debruge, Variety
…has been made with a combination of sincerity and technical skill that is effective on a fundamental level, even if it never quite becomes the devastating emotional experience that it clearly wants to be. …[3]
Peter Sobczynski, RogerEbert.com
…visually splendid, spellbinding, and surreal movie that also happens to be an emotionally shattering…
Bilge Ebiri, The Village Voice
…The tragic true story of the Granite Mountain Hotshots gets a starry and often powerful treatment but suffers from flashes of overly sentimental cliche …Jeff Bridges firefighter drama only just heats up…
Jordan Hoffman, The Guardian (UK)
…Rarely does a movie reflect front-page news headlines so directly. Which makes it a pity to report that the story as told here isn’t more engaging and accessible. …
Bill Wine, CBS Philly Channel 3