for violence, language throughout, and some sexual references. 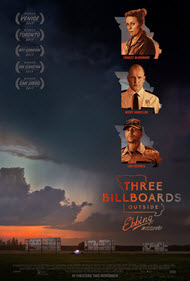 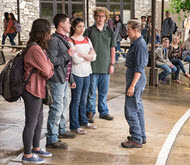 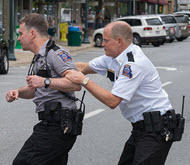 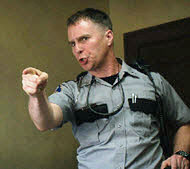 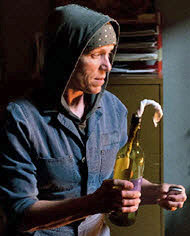 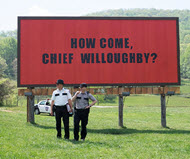 UNDERSTAND that no matter what you may do or not do in seeking justice, God is the one who will provide ultimate true and final justice. Nothing escapes his notice. He knows every dark secret and thought. He hates sin and will punish sinners.

THE FEAR OF THE LORD— What is it? Is it important? Answer

What is the “ANGER OF GOD”? Answer

What is the “FURY” of God? Answer

What is GOD’S PROVIDENCE? Answer

What is the SOVEREIGNTY OF GOD? Answer

What is HUMILITY? and WHY is it important to be humble? Answer 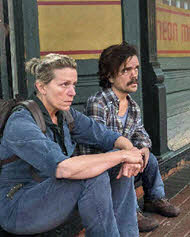 Angry, grieving mother / how to deal rightly with personal grief

Dealing with loss of job

If a CHRISTIAN commits suicide, will they go to Heaven or Hell? Answer

When a crime has been committed against your family, the human heart longs for justice or revenge. Characters in “Three Billboards Outside Ebbing, Missouri” are engaged in a constant struggle to grasp satisfaction as compensation for their terrible loss.

Watching this movie is akin to slowing down for a couple hours to linger over the details of a bloody car wreck. Mildred Harris (Frances McDormand) was the single mother of two teens, until her daughter, Angela, was raped and murdered—her body mutilated by fire. Eight months later, Sheriff Willoughby (Woody Harrelson) still has no evidence to catch the killer(s), so Harris decides to spur some action.

She purchases a month’s worth of billboard rights to display 3 messages designed to embarrass the police, and the whole movie deals with the fallout from her actions. Mildred begins feeling wrath from the people of Ebbing who don’t like the billboards, because the sheriff is well-liked, plus he’s dying from pancreatic cancer. 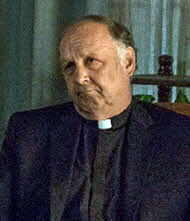 Her ex-husband threatens, and the surviving teenage son scorns her. Even a priest comes by to offer unsought counsel: “If you just attended church more…”

Despite a stream of uncomfortable, profane confrontations, the story holds interest because Mildred refuses to accept people’s actions against her. She may be wrong to humiliate the police, but viewers may also wonder what lengths they would go to find a child killer.

Turning the other cheek is not part of her ethos. She’s like a wolverine who’s lost a kit. Watching several confused, bitter people find creative/strange ways to destroy each other can be morbidly entertaining, and I kept remembering the Coen bothers’ “Fargo”—not only because of McDormand’s central performance in each, but also because the 2 movies’ musical scores were created by Carter Burwell. The plot cycle of violent circumstances also echoes several other Coen movies.

During a rare moment of awe and beauty, Mildred questions whether God exists. Though left unsaid, her angry words and actions throughout embody the oft-heard protest: “If God exists, how and why would He let evil happen?”

Mildred is nothing like Job, who refused to curse God. She wants to curse God, blame others, and get some relief from her grief now—no matter how many people she must hurt.

What makes Mildred’s revenge attempts complicated is that the real killer of her daughter isn’t readily apparent, so her tactics just drag down many others caught up in the wake of her fury. Maybe the police should be doing more, but what? When you don’t know God’s love, how else should you respond when faced with terrible evil, like the murder of your child? Filmmaker and Irish playwright Martin McDonagh doesn’t offer us God-informed answers.

I thought the movie strained credibility several times with its too-tidy series of coincidences, leading the audience to believe one thing—only to pull the rug out later. The movie delights in Mildred’s facial expressions and profane one-liners in response to conflict, because this appeals to our sense of righteousness. We root for her because she’s been hurt so badly.

If you enjoy revenge fantasies like “The Patriot” or “Burn After Reading” (also starring McDormand), you might enjoy “Three Billboards…,” but I would still caution you that this kind of story can make your soul sick.

If you’re reading this review, you may have faith in Jesus, so you understand that death is not the end of life, but it’s the beginning of something new (see eternal life and eternal death). All of the characters in this movie (unrealistically, given its Bible Belt setting) have little or no hope in anything eternal, so they’re ready to kill themselves and others to make their points.

The world may consider this entertaining, at the moment, but my guess is that many Christian viewers will leave theaters feeling like they’ve sat through emotional and literal carnage.

Positive
Positive—One cannot help but feel, really feel, for the plights of Mildred Harris and Deputy Dixon. When drawing straws for life’s bounty, they both got short ones, really short ones. And they made the least of those scrawny straws. Yet, despite their missteps and even their blasphemies, they both heard the question, “Why are you persecuting me?” and, in the film’s final moments, they responded to that query. Their road may not take them to Damascus, but their road is one of redemption nonetheless. Fight His calling as much as you want, but find you, forgive you and save you, He will. He loves both Mildred and Dixon, and is not about to let them go. It’s nice to see a film that says yes, despite all we do, He remains in our corner and gives us what we need to fight the good fight.
My Ratings: Moral rating: Very Offensive / Moviemaking quality: 3½

Jim O'Neill, age 65 (USA)
Positive—I thought this was a very thought provoking film. While it is littered with profanity and offensive lines, which may put off most people reading this, the film explores ideas of justice and morality with surprising tenderness. The tragic moments are indeed tragic and the comedic moments land as well. It is very much a film for today: exploring the idea that, as is quoted in the film, “Anger begets more anger.”

The morality of what Frances McDormand’s bitter character is doing is constantly questioned. The entire cast is incredible, especially McDormand, Sam Rockwell and Woody Harrelson, as is McDonagh’s razer sharp dialogue. It explores the fact that no one is entirely good, or evil, but there is the potential for both. Our supposed protagonist does some pretty horrific things while trying to find justice for her daughter and a previously completely contemptible character finds redemption.

One of the most moving scenes is when he sees one of his victims who still shows love and care towards him and breaks down in tears at the realisation of his wickedness, a parallel with every Christian’s turn to Christ.

Ultimately, I thought this is a powerful and unforgettable film, although its gleeful foul mouth and mature themes may be too much for many to handle.
My Ratings: Moral rating: Average / Moviemaking quality: 5

Simon, age 47 (United Kingdom)
Positive—Wow. This film blew my mind as a seeming comedy. Its drama was perfect. Being that it’s one of the best films of the year, it has its problems, cursing, along with other stuff. It is however a beautiful film, it freezes you, you name it. I think Mildred in the end realizes God is there because it looks like they might catch the suspect, though what happens when the suspect is caught is uncertain, and who it is is uncertain. There is one scene in particular that seemed to be proving God exists, one with a deer and the sun peering through the mountains, which was thought-provoking to me as a Born Again Christian.

The whole film was thought-provoking, as it tells us, to in the end, love everyone, no matter what they do, just as Christ does. So in many senses I can recommend this film, but use caution. The language, etc. Is there. If you curse, or do very violent this far, don’t watch this. Jesus is our only hope, God Bless, John 3:16.

If you have sexual issues don’t watch this, as well, as this film abuses the sacred gift of sexuality through a small talk to talk or more.
My Ratings: Moral rating: Offensive / Moviemaking quality: 4½

Stephen Matthew Jacewicz, age 22 (USA)
Neutral
Neutral—This movie received many awards with very good reason. The acting is superlative, the direction well-paced and clear. However, I found it hard to discern what exactly is the message of the movie. I know the story is inspired by the true story of a family that put up billboards to help catch the killer of a family member. If there is a good message, it is buried somewhere within the constant profanity, the violence, the hatred, the bitterness, the anger. It is discouraging to see such a self-destructive society.

The one positive message that did come through for me is that one cannot jump to conclusions. Mildred assumes violence by someone and then goes on a vengeance spree unjustly against this person, with tragic results. I think the movie also wants to show that people can have a change of heart. But otherwise, this cinematic product is interesting, beautifully filmed, but disappointing.
My Ratings: Moral rating: Extremely Offensive / Moviemaking quality: 5