for some peril and thematic elements. 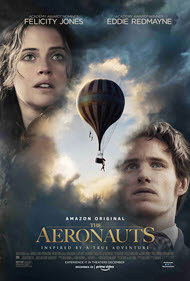 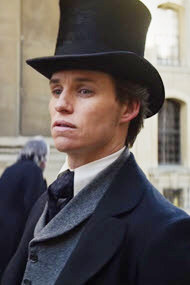 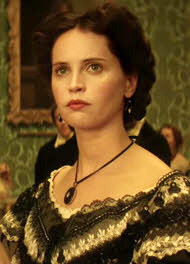 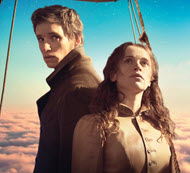 Scientific researcher risking his life for the betterment of mankind

Gas balloons used in the service of science

Fight for survival—physically and emotionally

Learn about the real 2 people involved in the actual historical flight—one a Christian scholar and the other a man (not a woman) as depicted. 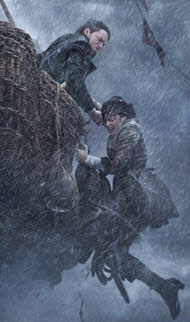 Attempting to accurately predict the weather

Snow in the Bible 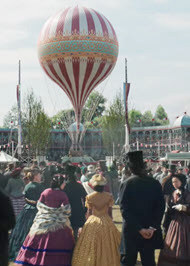 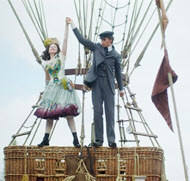 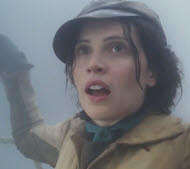 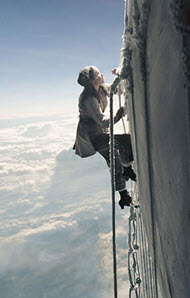 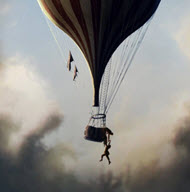 This movie is based on true events, but not totally factual about the real persons involved. The story is set in 1862 England. It opens on a street scene with much excitement as we enter a carnival atmosphere with a crowd of 10,000 people who have come to witness the launch of a hot air balloon advertised to be England’s answer to France’s hot air balloon altitude record of 23, 000 feet.

James Glaisher portrayed by Eddie Redmayne is seen preparing to participate in the launch as part of his scientific study of meteorology when in enters Amelia Wren played by Felicity Jones and her parachuting dog Posey in full carnival regalia and flare, and so begins a great adventure with much risk involved.

As the story progresses, we learn through flashbacks of the personal tragedy and resistance to the flight and the meteorological inquiry from family and the scientific community that these 2 characters must overcome.

As they begin the flight, the danger starts when they fly into a storm and narrowly escape disaster. The flight itself reveals breathtaking scenery and the miracles of Creation in our atmosphere. As they ascend higher, the flight becomes more dangerous, and we see that Glaisher is ill prepared for the conditions. During a series of heart-stopping moments, we see the courage of these 2 individuals and a friendship and trust develop. 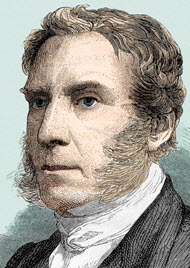 Creation scientist and author Dr. Henry M. Morris noted that James Glaisher was “a CONVINCED BIBLE-BELIEVING CHRISTIAN,” A CREATIONIST who “was one of the signers of the famous Declaration of 1864, affirming this belief in response to the tide of Darwinism then sweeping the country.” Sadly, the film seems to present him as somewhat of a Humanist.

Pioneering English meteorologist Dr. James Glaisher—also an aeronaut and astronomer (born 1809, died 1903)—was elected a Fellow of the Royal Society and President of the Royal Meteorological Society from 1867 to 1868. A lunar crater is named after him.

This venturesome Victorian man of science made 28 balloon ascents for scientific purposes. He wrote well and often, including his book Travels in the Air (1871) which has recently been republished as The Aeronauts: Travels in the Air with an introduction by Professor Liz Bentley, Chief Executive at the Royal Meteorological Society.

In reality Glaisher’s co-pilot was a man, usually HENRY TRACEY COXWELL, grandson of Rev. Charles Coxwell, and one of the world’s foremost balloonists—a man of great bravery and competency. 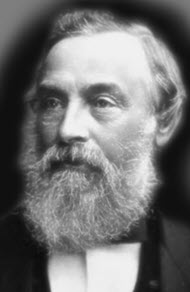 Photo: Expert aeronaut Henry Tracey Coxwell (1899), the true hero of the story, photographed here 37 years after the event of this film

This movie omits Coxwell entirely and replaces him with a fictional female daredevil, supposedly “a composite of real-life female balloonists” including Sophie Blanchard, a French aeronaut who was the first woman to work as a professional balloonist between 1804 and her death in 1819, when she launched fireworks in the basket that ignited the gas in her balloon and crashed it on the roof of a house—where she fell to her death.

Keith Moore, Head of Library at the Royal Society (Royal Society of London for Improving Natural Knowledge), recently said, “It’s a great shame that Henry isn’t portrayed because he performed very well and saved the life of a leading scientist.”

There are many other ways in which the story was changed, as well.

This movie is very refreshing in that there is much less inappropriate language and no romantic component. There is one discreet scene when Amelia changes her clothing. The costumes, street and university scenes appear authentic and help draw viewers into the exciting story.

Positive
Positive—Excellent movie! Cinematography was amazing. Watched it with our whole family—kids from 12-20—and everyone enjoyed it. Good amount of drama to keep everyone interested and no questionable content to worry about. Enjoy!
My Ratings: Moral rating: Better than Average / Moviemaking quality: 5

Kevin, age 52 (USA)
Neutral
Neutral—Tom Harpers movie might have been a near modern historical classic if it had been treated to more truth than fiction. Instead, its Indiana Jones-type foolishness eats away huge chunks of what could have been gut tearing historically factual suspense, and replaces it with old fashioned Saturday matinée nonsense—rendering the whole as simply unbelievable. This is a shame, as it’s based on some important historical facts that have been treated like mere fictional fodder.

What’s left is just another example of Hollywood’s PC gender pushing histrionics. The real-life male hero of this actual ballooning duo has been replaced by a fictional, ultra-modern, female ‘role’ model. Laughably ‘modern’ Hollywood! Given all the real-life, deserving women the scientific world has had throughout history; why not make a movie about one of these—instead of adding a fictional one to our recorded history!

Some nice mock (CGI) aerial photography attempts to camouflage the obvious manipulative agenda pushing, and if seen on a large screen it will supply enough adrenalin rushes for those with a predisposition toward fear of heights or vertigo.

The editing style is another drawback—just when things look like getting exiting in the balloon, we are forced back to ground to be shown how difficult it was, in the lead-up, for this duo to get airborne—these don’t work well because we already know they won their battles—so it just serves to slow the whole thing down.

Performances are uniformly good, and of its type, even with all the clichés, it’s a good movie but could have been so much better (and more honest).
My Ratings: Moral rating: Good / Moviemaking quality: 5

Secular Movie Critics
…Fans of the classic, old-style British adventure epic are certainly in for a treat… With the widest of wide-screens, the most vertiginous of vistas, this hot air balloon takes to the skies and soars, taking the film along with it… craft and chemistry…
Fionnuala Halligan, Screen Daily
…an exhilarating period flight of fancy, occasionally weighed down by backstory, but buoyed by Redmayne and especially Jones… it soars with an old-school spirit of adventure and possibility… [4/5]
Ian Freer, Empire [UK]
…Hollywood mangles history… [Director] Harper manages an epic mood. Nonetheless, you can’t help but feel swindled by Hollywood’s hot air. [1½/4]
Johnny Oleksinski, New York Post
…an abundance of energy and spirit… Although the real-life serious purposes of Glaisher’s expeditions are acknowledged, no one is claiming that what we’re watching is actual history. But the spirit of the intertwined nature of science and spectacle extend from this sort of story clear through to the space program of a century later, and is easily digested as such. …
Todd McCarthy, The Hollywood Reporter
…“The Aeronauts” serves an important purpose as an aspirational film for young girls who either love science, or whose parents hope they see the movie and understand that women can be just as excited about taking a hero’s journey as any man. …
Sasha Stone, The Wrap
…heavily overwhelmed by poetic license, it has a few breathtaking moments… The dialogue is dull as dried glue, but the acting is fine… [3/4]
Rex Reed, The New York Observer
… a novel big-screen adventure… It’s Jones who dominates the film… [2½/4]
Jake Coyle, Associated Press
…The best audiences for this thrilling confabulation may be younger ones: They’ll feel their minds expand with inspiration and be less inclined to deflate back to earth afterward. Somebody did something amazing back in 1862; The Aeronauts commemorates it with artifice, enthusiasm, and a smattering of the truth. …
Ty Burr, The Boston Globe
…a beautifully shot movie about two people… It’s all kind of fun. It’s also kind of dumb. Even though “The Aeronauts” is based on real people, none of this really happened, or at least not like this. …
Stephanie Zacharek, Time