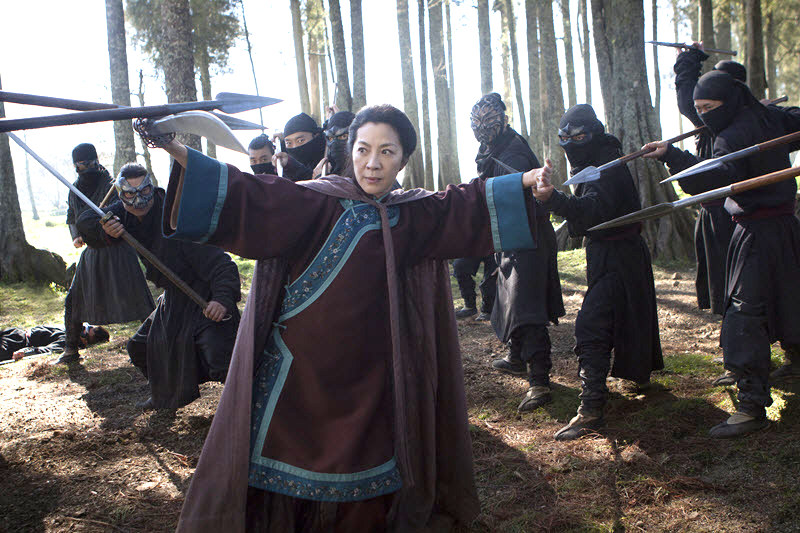 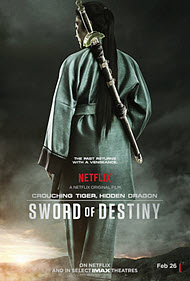 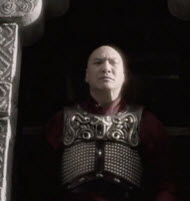 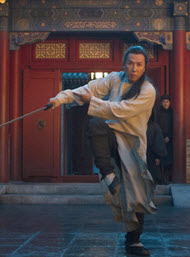 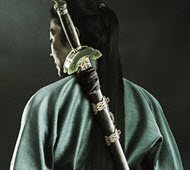 good versus evil / taking a stand against evil

making good choices, rather than bad

“Crouching Tiger, Hidden Dragon: Sword of Destiny” is the long awaited sequel of the original film created back in 2000. Co-star Michelle Yeoh returns in her role as Yu Shu Lien. As with many Chinese kung fu based films, the premise is a simple one. There are specialized expert fighters, there is a coup being threatened by a dangerous warrior king, and there is an item of extreme value that needs to be protected. Yu Shu Lien travels to protect the Sword of Destiny, a weapon that makes the holder nigh invincible. Hades Dai (Jason Scott Lee) is the warrior king threatening to take over the kingdom and steal the sword for his own gain. Hades sends his own soldier Wei Fang (Harry Shum Jr.), to steal the sword, but he gets captured and held prisoner. While there, he falls in love with a young woman, Snow Vase (Natasha Lee Bordizzo), who is there on her own mission.

This Chinese film offers up very few surprises. It is cliché and stereotypical. However, it’s a format that has worked for many, many years. I grew up in China, and had kung fu style films and soap operas dominate the TV day after day when I was a kid. Despite the strong Hollywood presence, and the very westernized Chinese in this film, it does still have that original feel. That’s the first step for a kung fu film. The second step is to watch it in its original language. The only correct way to watch the first “Crouching Tiger, Hidden Dragon,” was in Mandarin Chinese with English subtitles. You do not have this option with the sequel. The actors all speak directly in English, the majority with heavy English or American accents, and this decision left me with my mouth agape. Credibility drops. However, the film, and the story does enough to help it survive.

Finally, viewers seek strong fight scenes with various weapons, and high flying wire work. This is a strength of this film, and the modern day camera angles and CGI do give a strong presence. There’s never a weak fight when Donnie Yen (“Ip Man”) is involved, , and he does a solid enough job in replacing the deceased hero from the first film (Chow Yun Fat).

This is PG-13. There is no profanity or vulgar language. We see a naked woman from the back, briefly. Violence is common, and there are some scenes where people are stabbed, sliced, and penetrated by sharp weaponry. The blood is minimal, and hits exactly where you would expect a film of this nature to. There is no use of pagan gods in this film, either. There is a female blind warrior with creepy eyes, and her character does split into three warriors during a certain scene, due to her magical powers. This is not overly dark, and ends quite quickly.

Since the premise is simple, there is no depth for complicated moral issues. It’s simply honor over temptation. Good over evil. Right choice over bad choice. The sword of destiny was owned by a kung fu master, that makes it worth protecting. The warrior king attempting a coup d’état is a murderer who had previously mistakenly killed Donnie Yen’s character. Kill the bad guys, survive if you’re the good guys. Follow your heart if you fall in love.

I can’t be more brief and direct with this film. There is little to be offended at, as this is a power triumphs over evil story. In terms of moviemaking quality, this is bang on average. It is not the power sequel we hoped for. It fits right in there with the normal kung fu films we see—solid, but unspectacular. Enjoy the fight scenes, get through the story. I still can’t believe they didn’t film it in Chinese.

The screenplay is based on Iron Knight, Silver Vase by Wang Du Lu, book 5 in the Crane-Iron Pentalogy series, on which the original “Crouching Tiger, Hidden Dragon” was based.

Negative
Negative—This Netflix long-awaited follow-up to the year-2000-Academy-Award movie feels like a Disney sequel: it’s lazy, boring, and offers no surprises! This time, an evil Lord with a faceless army is in pursuit of the greatest of all swords, which again must be defended at all cost. In a nutshell, the English speaking and acting, filming and editing as well as the storytelling are all very average.

Michelle Yeoh and Donnie Yen’s are the only characters we care a bit about, particularly their fighting choreographies. The rest deliver a mediocre performance with cliché lines, ordinary fighting and feels they were used only to fill the time. Similarly, the strength and power of the Sword and some people are more mentioned that showed, and there are too many moments of convenience.

Finally, all main protagonists seem to live in the past, struggling with revenge or lost love, coupled with their many unwanted flashbacks. You’ll also find the classic themes of friendship, honour, teacher/student relationship, young attraction, fulfilled prophecies… nothing much to reflect on.
My Ratings: Moral rating: Offensive / Moviemaking quality: 2

Nicolas, age 28 (United Kingdom)
Movie Critics
…Yuen’s film recaptures none of the ravishing, operatic grace that helped its predecessor… Throughout “Sword of Destiny” there is lingering evidence of a much longer version of the story, with numerous incidents going unexplained, while characters and motivations fall by the wayside…

James Marsh, Screen Daily
…Less actively bad than it is plodding, “Sword of Destiny” is nearly 100 percent free of cast chemistry… there’s little in John Fusco’s …screenplay for him, or anyone, to latch onto and run with. …