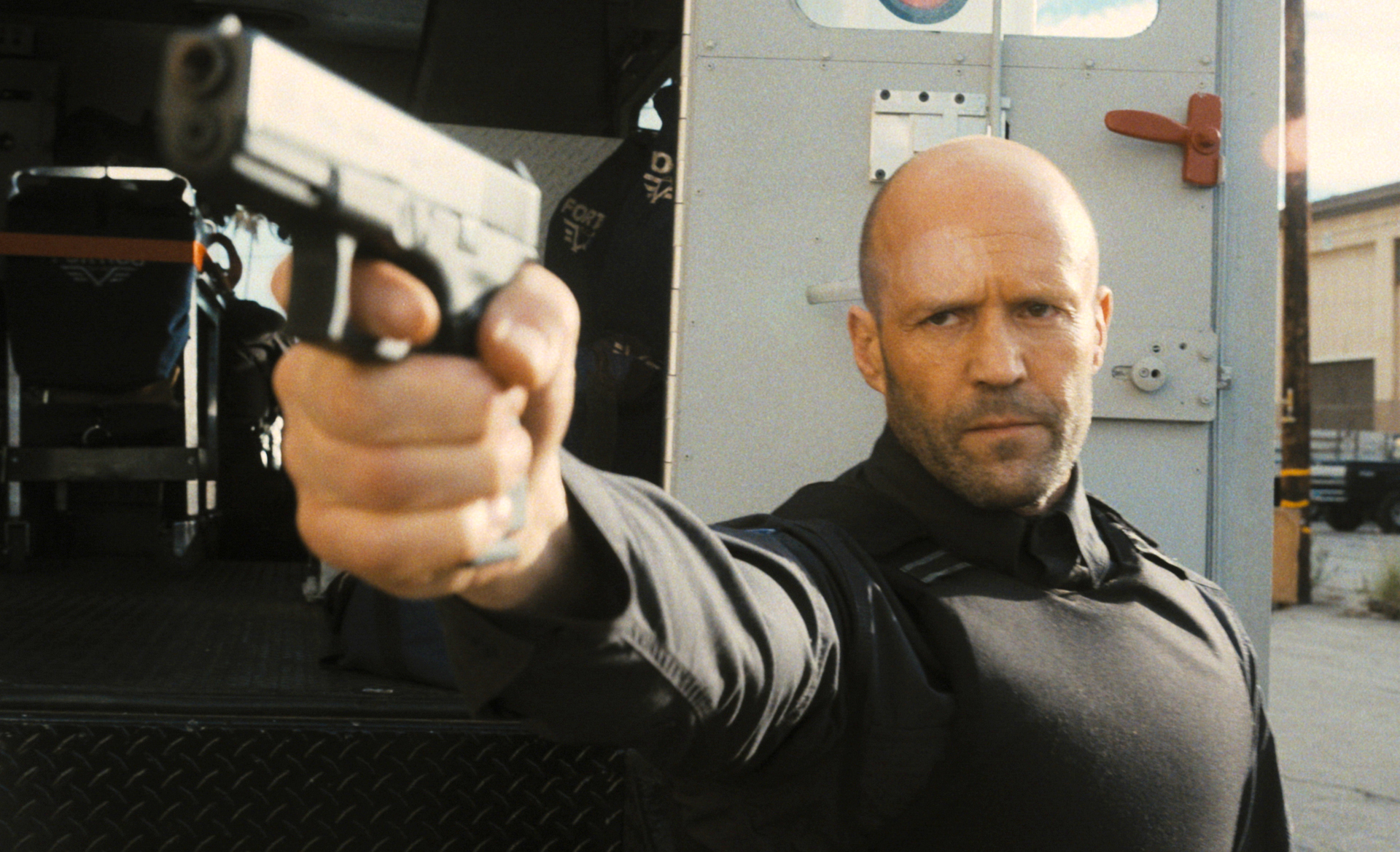 for strong violence throughout, pervasive language, and some sexual references. 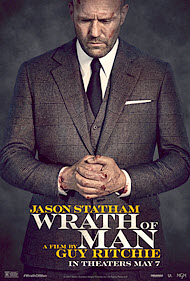 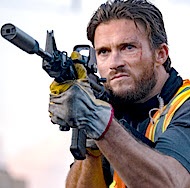 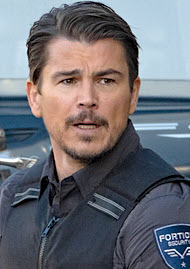 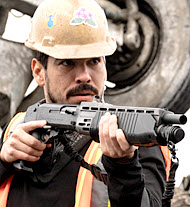 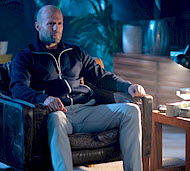 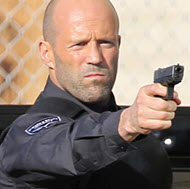 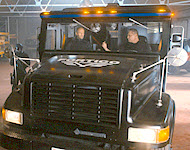 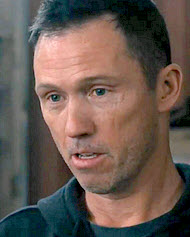 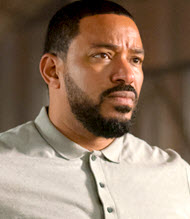 This film was adapted from the French movie “Cash Truck” (aka Le Convoyeur) directed by Nicolas Boukhrief.

When a man named “H” shows up at Fortico Security Company, nobody thinks twice about him. They look at his references, his background in private security and as a field agent and think, “Eh this guy will do alright.” Even during the field test for his job at Fortico, he barely passes his marksmanship score. He’s really just trying to blend in and protect the money that is entrusted to him and his partner.

However, during a robbery, his real skills start to come to light (such as taking out multiple highly trained, armed soldiers by himself) and people start to ask him the tough questions like, “Where did that come from?” and “What else are you hiding from us?” —which he shrugs off and states, “Hey, I did my job didn’t I? I saved our teammate (another security team was there and was kidnapped by the robbers) and I kept the money safe.” Sure, sure, no big deal.

But H’s true purpose as to why he’s there slowly begins to unravel, and if people aren’t careful, they’ll end up in the crossfire of his “wrath.”

As Marcus Lutrell once said, “Revenge is a powerful motivator,” and “Wrath of Man” is a story that examines how far a man will go to exact his revenge.

Guy Ritchie, as a director, is an artist in his field. He never gives away all the best pieces of the story right at the beginning, or in the middle, or frankly even at the end of the end (one might argue that, in very rare cases, it’s okay to have a sense of emptiness at the end of a film). Ritchie is the type of filmmaker/director that forces viewers to take a little bit at a time: a little bit at the beginning, then leave viewers guessing for a little while, then perhaps go back about ¾ into the film and fill in some information, leave you guessing again, and then fill in the rest at the end. Some say it’s maddening; some say it’s pure brilliance. This is the type of pacing for “Wrath of Man,” and at first it made my head hurt. However, once I knew what Ritchie was trying to accomplish I was on board and observed the ingenuity in the writing.

The problem, however, is that brilliance gets lost in all the overbearing violence, nauseating and non-stop vulgarity and profanity and sexual content. One expects a little of this in a film by Guy Ritchie (“The Gentlemen,” “The Man from U.N.C.L.E.”), but I didn’t expect to be hammered by it to the point where, for about two-thirds of the movie, I found myself writing tally marks and notes on my clipboard. It takes away from the beauty of a “Guy Ritchie” film. It would be like walking into a Steven Spielberg film and finding this amount of offensive content in. It’s shocking and, frankly, unacceptable and unnecessary, as the film would be strong on its own without the offensive material. It is only brought down and made cheap by such degenerating and deplorable behavior and language.

Please note that there is some very explicit graphic violence, vulgarity, sexual content and dialog in this film. We are sparing you from the gritty detailed list here.

Vulgarity: Extreme— 124 f-words or more, with many explicity, foul and vulgar comments.

One of the character’s primary urges is to seek revenge against a group because of something that was done against them (if I said anymore it would spoil the film).

A raging desire for revenge is an emotion that, left unchecked, leads to burning anger, hatred, murder and numerous sins that break God’s heart. The Bible is very clear that when we are wronged it is not our responsibility to seek vengeance against another. Here is what the Apostle Paul tells us about how to proceed…

“Repay no one evil for evil, but give thought to do what is honorable in the sight of all. If possible, so far as it depends on you, live peaceably with all. Beloved, never avenge yourselves, but leave it to the wrath of God, for it is written, ‘Vengeance is mine, I will repay, says the Lord.’ To the contrary, ‘if your enemy is hungry, feed him; if he is thirsty, give him something to drink; for by so doing you will heap burning coals on his head.’ Do not be overcome by evil, but overcome evil with good.” —Romans 12:17-21

Out of our own sin nature comes the desire to want to hurt someone back and make them feel the pain we feel. But God tells us to fight that urge, call upon Him to take that temptation away from us and let Him fight that battle. He wants us to be the better person and turn the other cheek, as hard as it may be (and I speak from personal experience). Jesus said it best…

“You have heard that it was said, ‘An eye for an eye and a tooth for a tooth.’ But I say to you, Do not resist the one who is evil. But if anyone slaps you on the right cheek, turn to him the other also. —Matthew 5:38-39.

And remember what it means to be a Christian; we are to be examples to the world, set apart from the world and witnesses for Christ!

“For to this you have been called, because Christ also suffered for you, leaving you an example, so that you might follow in his steps. He committed no sin, neither was deceit found in his mouth. When he was reviled, he did not revile in return; when he suffered, he did not threaten, but continued entrusting himself to him who judges justly.” —1 Peter 2:21-23

As I stated early, as brilliant a filmmaker as Guy Ritchie can be and as interesting as it was to see Jason Statham in a slightly different role (although still the “I have a special set of skills that I’m keeping secret till the right time” kind of guy, but with more character), this movie has WAY too much obscene content (vulgarity, profanity, sex) that should make even the most seasoned movie goer say, “That’s enough.”

In short, while the cinematography is strong, I cannot in good conscience recommend this film to any audience of any age. Please stay far away and choose something more family-friendly and edifying.

Do not be conformed to this world, but be transformed by the renewal of your mind, that by testing you may discern what is the will of God, what is good and acceptable and perfect. —Romans 12:2

Positive
Positive—…Like the shroud Penelope wove for Odysseus whilst he was fighting in the Trojan War, the story told here has multiple layers which requires a strict attention span. The writing, directing, acting, and cinematography are brilliant and well-executed.