for graphic nudity, some disturbing images, and language. 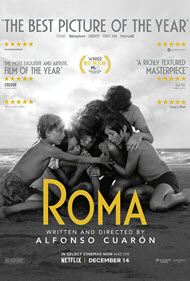 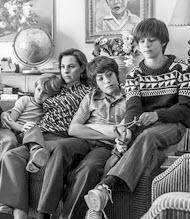 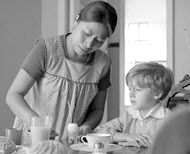 Disintegration of a family

Sin of selfishness—the opposite of true Christian love 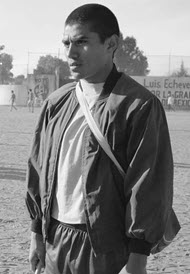 Arrogance and lack of humility 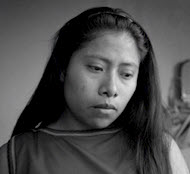 PURITY—Why should I save sex for marriage? Answer 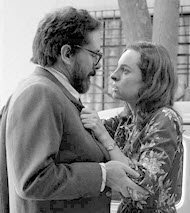 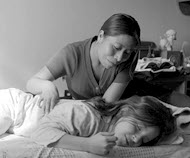 What is the eternal destiny of an infant or young child who dies? Answer 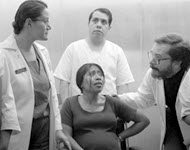 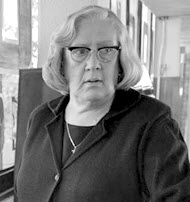 “For I will pour water upon him that is thirsty, and floods upon the dry ground: I will pour my spirit upon thy seed, and my blessing upon thy offspring.” —Isaiah 44:3

“… the water that I shall give him shall be in him a well of water spraying up into everlasting life.” —John 4:14

Alfonso Cuaron’s ROMA, the story of a fractured family and a dissembling culture, begins and ends with water as a cleansing and saving motif. Beneath the credits, a watery solution flows across tiles. Its source and its purpose are not clear, but it soon becomes evident that what seems routine and insignificant is often what is universal and most meaningful. Water continues to bring deliverance despite humanity’s playing with smoke and fire, and the film’s climax, which takes place amidst the torrents and sprays of angry ocean waves, is both cataclysmic and resplendent. It is one great moment among many in a film that, despite its small scope and quiet tone, has a colossal effect.

Shot in black-and-white, the imagery is sometimes too staged and too derivative (Wells, Fellini, Kubrick, Renoir, and so on), but it is always stirring. Cuaron’s choice of cinematographer was unavailable, so he did the photography himself, and he did so surprisingly well. In that vein, I’m tempted to imagine how Steven Spielberg would fare if Janusz Kaminski was busy, or likewise, if Gordon Willis said no to Woody Allen. I shudder. But I digress. Cuaron masters the camera, shooting his story through a probing and telling lens, and embellishing that visual force with marvels of sound engineering. Each clash of a cymbal, scrape of a car door, soar of a plane and bark of a dog has a special meaning and adds to the overall effect and progress of the story, a course that feels slow at first, but is worth sticking with because it does pick up speed and moves forward at full steam until it reaches a gripping, and mostly satisfying, conclusion.

Roma is the name of the neighborhood, a suburb of Mexico City, where most of the action takes place. The focus of the narrative is Cleo, a maid in the employ of an upper middle class family headed by a doctor, Antonio and his wife Sofia. The couple have four children. The time period is 1970, a time of social unrest in Mexico. Has there ever been a time of social rest there? Again I digress. Cleo’s day-to-day routine as house servant and caregiver is revealed in all its grinding and monotonous detail from waking, dressing and calming the children to mopping up the unending piles of excrement left behind by the family dog, but it is by looking at those small details of everyday life that we begin to understand and to fear for a family that is coming apart.

Antonio is away most of the time, supposedly on medical consulting trips to Canada, but this proves to be a lie; his wayward life, like his car that proves less and less steerable and more and more of a bad fit for his garage that “always smells of dog s…,” is wreaking havoc for everyone in his household.

Cleo’s only attempt at a life outside her domestic confines involves a fateful meeting with a young man named Fermin introduced to Cleo by another maid with whom she works. Fermin and Cleo arrange to see a film together, but opt for an afternoon in a hotel room instead. Inside the room, Fermin takes a shower rod and does a martial arts routine for Cleo, a display of virile bravado and stark nakedness (Fermin in his full frontal nude state is a flesh and blood version of the Italian Fascist art that Mussolini championed), which is not only a red flag that good boyfriend material he is not, but that his mix of arrogance and narcissism is a cherry-bomb waiting to go off.

Fermin comes in and out of Cleo’s life: she becomes pregnant by him, she pursues him to ask for help (he declines her entreaties), and ultimately she almost becomes a victim of what his violent and paramilitary leanings produce: a misguided combustibility that, unchecked, can lay waste to a society and take down a country.

The film’s two pivotal scenes, the first in a hospital delivery room and the second, at a seaside resort, are among the most spellbinding ever put on film. One scene in which Cleo is admitted to the hospital and the children’s grandmother, Teresa (an extraordinary Veronica Garcia) is asked routine questions, such as the patient’s date of birth, home town or names of family members, and the matron reveals herself to be almost completely in the dark about a woman who has worked for her and her family for years. I cannot recall another dramatic depiction of how class differences divide, conquer and hurt, as they are shown to do in that one short scene.

Everything that follows is a marvel of solid writing, deft editing, metronomic timing and faultless acting. Rarely do medical emergencies come across as believable emergencies on film. This one does, and that is probably due to Cuaron’s original approach to staging a scene and coaching his actors. I read that he kept his lead actress in the dark about what would happen when her character delivered her baby. She was not given a script, so she had to respond to the outcome as it happened. No wonder the moment has such immediacy, such a heart-stopping, punch in the gut effect. The actress responds to the moment and to her predicament in real time, the same way the audience does.

Yalitza Aparicio plays Cleo. It is Aparicio’s first film, and she has never acted before. Despite her inexperience, she is a revelation. Her performance goes beyond what we are used to watching actresses do. She has that rare quality that even the best of actresses do not have: she merely is, as opposed to one who appears to be. And that is a lot harder than it might seem, because what is simple is never easy.

I saw one other performance this year that fit the mold of actually being a character as opposed to acting it out: Brady Jandreau in Chloe Zhao’s The RIDER. Another small scale but rousing film, The RIDER eschewed what could have been a plum stretch for an A-list actor for a naturalism that only humility and basic hard work can ensure. Jandreau, like Aparicio revealed that “being” is really the best form of acting.

ROMA is as much of a gem on the small screen (it is now available for screening on Netflix) as it is on the large one, although the sound may not have the same acute effect as it does in the theater. It is the story of human failings and their consequences, but by showing us the encompassing, and sometimes violent, grace of water (a baptismal metaphor), it is also a story of salvation. The film’s last scene may seem discordant and inconclusive, as Cleo makes her way up a set of stairs to repeat what has been her routine for a long time, but, despite setbacks, salvation can lead Cleo, and all of us, to pinnacles that “eyes have not seen and ears have not heard…”

Neutral
Neutral—One thing I noticed is all the men in the movie are depicted as “bad,” and the women as “good,” which feeds the propaganda that women are morally superior to men. If a movie were made depicting men as “good” and as being used and abused by women (yes, this is just an accurate reflection of reality), would it be up for awards? We all know the answer. Truly depicting real life is better than continuing to promote the idea that men’s lives are built solely by oppressing women.
My Ratings: Moral rating: Offensive / Moviemaking quality: no opinion