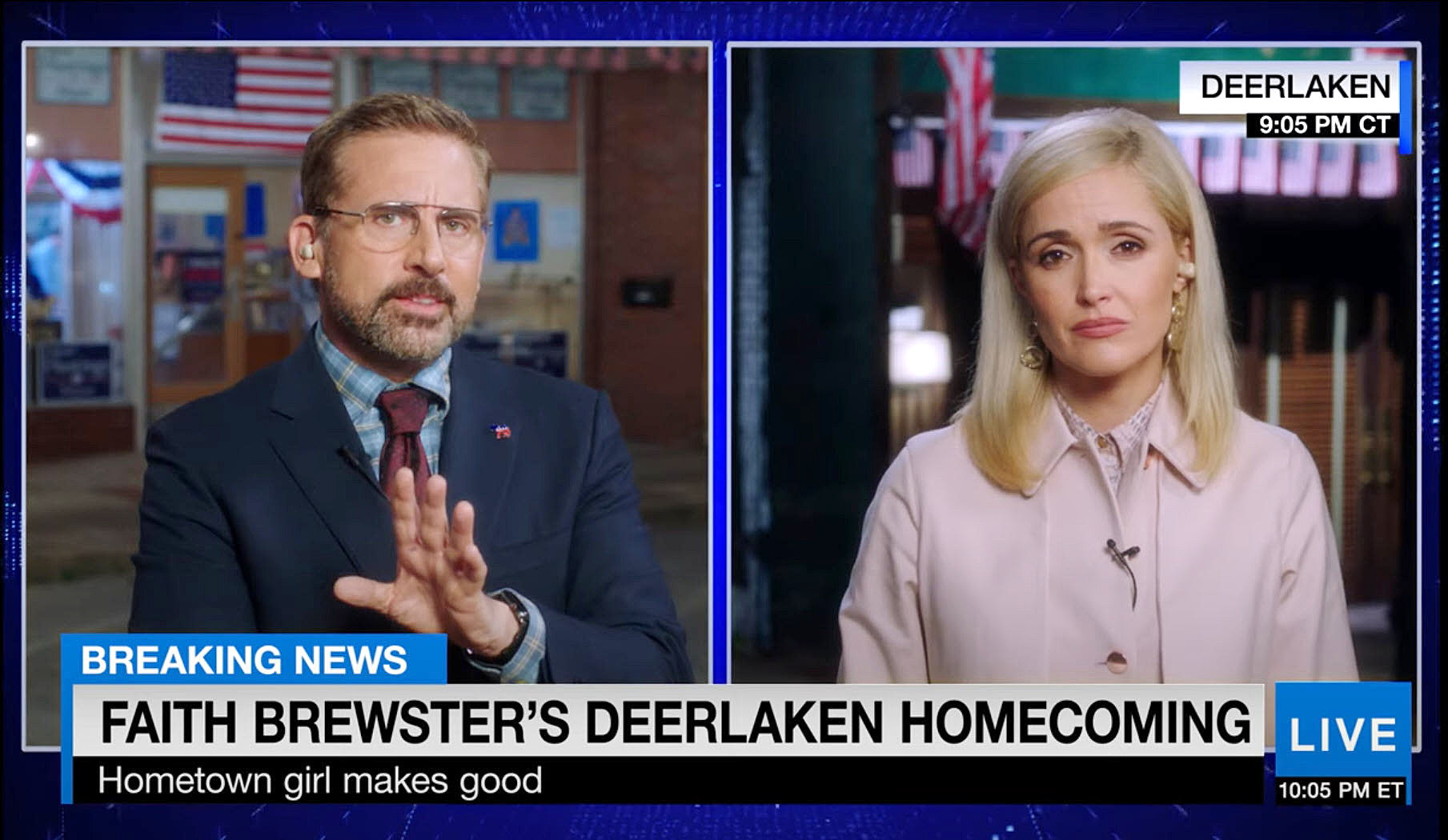 for language including sexual references. 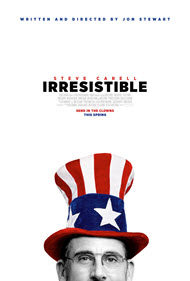 Politicians that lie, deceive and cheat 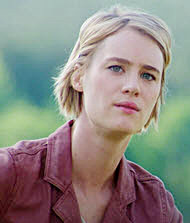 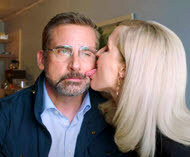 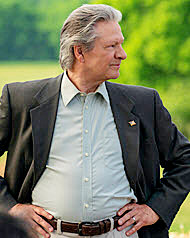 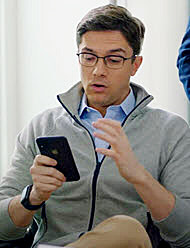 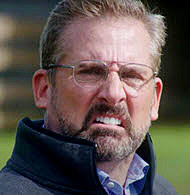 “Some ideas are so stupid that only intellectuals believe them.” —George Orwell

In Jon Stewart’s satirical comedy, “Irresistible,” there is a moment when a campaign consultant crunches poll numbers and builds computer models declaring that his last campaign—a loser—would have been “right on the money” if the election were held two months later than the day the votes were cast. The same case could be made for Stewart’s lackluster, rarely funny and constantly self-conscious film whose focus on immigration, rural economic stagnation, and money-polluted electioneering, feels passé in the political climate of the moment.

What smoldered under the surface yesterday erupts today, and the lava from the day before is now nothing more than ash, waiting to be swept away.

Even the best movies that poke fun at our political system (“Duck Soup,” “Dr. Strangelove,” “Born Yesterday,” “Wag the Dog”) age over time, but unfortunately for Stewart, his product’s sell-by date arrived before its release. Worse than a toppled statue, his film is a heap of unmolded plaster in search of a shape, and a purpose.

Steve Carell plays Gary Zimmer, a top strategist for the Democratic National Committee, down after having helped helm Hillary Clinton’s failed presidential campaign of 2016, but not out. Gary finds a new spark, that rare political phenomenon that “lights up a room,” in retired Marine Colonel Jack Hastings (Chris Cooper) who lives on a farm in the conservative rural town of Deerlaken, Wisconsin. When Hastings makes a viral video in which he speaks out in favor of undocumented immigrant workers, Gary takes note, and he soon re-energizes and re-arms. He convinces Colonel Hastings to run for mayor of Deerlaken against a popular Republican incumbent. Props at the ready and cameras in tow, Zimmer arms himself for battle again.

Immigration may have been last year’s cause celebre—this year, in the midst of contagions and urban unrest, it hardly registers a bleep on the airwaves or in the Twittersphere (where did all the Dreamers go?)—but it still remains a calling card for one of the country’s leading parties, an invitation for which regrets are not an option. Hastings RSVP’d yes, so he checks off an essential box. But alas, he checks off other boxes as well, appealing ones that liberals vie for yet so often find elusive: veteran, check… farmer, check… man of faith, check…

Gary has found his man: “He looks conservative, but he sounds progressive.”

“Looking and sounding” may wrap a package but do not reveal what is inside. Unfortunately for Stewart, and especially for Carell, an able comic actor who is miscast and adrift here, their poly-sci lessons may jingle, but they have the staying power of yesterday’s fortune cookies or last season’s campaign buttons. The film is short on humor and even shorter on satire, the kind that is sorely needed now, the type that cuts through and exposes the garbled things that politicians say, then deny, and then say again.

Satirical comedy needs to be as fast as it is sharp, prodding us to ask ourselves: “Did I really just hear that?” Who can forget that great line in the 2009 political parody “In the Loop,” spoken by a handler on behalf of his political charge: “You may have heard him say that, but he did not say that.” Carell has no such droll lines to chew on. Instead, he is fitted with clichés and antics that are as vulgar as they are desperate (Grabbing your crotch, really? It may work for Sam Rockwell but not for you, Steve).

The sexual humor is of the type one would expect from an elite source: the smart set are comfortable with saying, and even doing, things to each other that seep and curdle effortlessly, their sophistication guarding them from shame, while the commoners appear shocked and completely oblivious to the fact that the sexual and emotional realm of humanity can oftentimes be a war zone. Again we get the scene of an older married woman being shocked—shocked!—by a younger man and woman having an impolite, and immodest, argument in her midst. Would it ever occur to Stewart that said woman’s reaction might not be horror as much as a roll of the eyes and a suggestion to the young duo to “grow up and get over yourselves.”

Stewart enjoys exposing the absurd, something he did well on his long running Comedy Central television show, but he did that in short form; on the big screen for two hours a writer-director who aims for the nonsensical better know how to make sense of it. Remarks such as “Don’t YOU PEOPLE believe in locks?” or “We're here to take on small town’s small minds” are too callous to evoke an insightful chuckle. Those imperious tsk-tsks give no glimpse of who the colonel and the people of Deerlaken really are. And perhaps most surprisingly, for a story whose starting point is the plight of illegal immigrants, we never see, except for a few nondescript scenes, a single one.

Hillary Clinton was famous for her “listening tours.” Gary evidently missed those sessions. He choreographs, directs and controls everything, from arranging a group of cows in a way that reflects diversity to affixing a flag pin on a lapel, referring to it as a corsage instead of as an American flag, but he closes his ears to the voices around him. This will ultimately prove his downfall, or perhaps his saving grace, when the film takes an unexpected twist, one that might just open his eyes and raise him up, but not before first bringing him to his knees.

In the meantime, he keeps missing the clues, especially the ones right in front of him. In frustration, he unloads on the colonel: “Democrats are getting their a** kicked because guys like me don’t understand guys like you.” Ya think.

Colonel Hastings is also a piece of work. He is described as a “Church going man” although we never see him attending a church service. In his viral video, he says “I am my brother’s keeper” and “What we do for the least of us we do for the Lord.” No argument there, but what does the candidate have to say about the source of those words? He also says that he “would go to battle for God’s grace.” Yes, there are battles, moral and spiritual, to fight every day, but, fortunately, the grace the colonel speaks of comes freely. We fight for salvation, but mercifully, not for grace. That is given to us.

The film has an especially shaky relationship with Christianity. That subject is kept at a very safe social distance, well beyond the six feet marker. Could the camera lens be placed any further from the nuns being depicted in the scene addressing contraception? What is the point of having a priest say the F-word?

Stewart’s disdain for a worldview different from his own makes for a bitter brew, turning low humor to cynicism, and questionable taste to tackiness. The film’s moral compass may not be broken, but its dial flutters and bounces too much.

The director tries to make fun of both sides of the political spectrum, but fair and balanced is a road newly traveled for Stewart. He seemingly believes he is as hard on the art collecting, farm-to-table consuming, Upper West Side insulating progressive as he is to the non-Tesla driving, plaid shirt wearing, Fox News watching conservative. He protests too much. Stewart may not outright condemn either political party, and certainly not the voter caught in the middle, but he does go full Carrie Nation on the money changers that make the political machine run, the machine that, nonetheless, allows Gary and company to fly on Gulf Stream jets and feast on haricot verts instead of plain old green beans.

He reminds us constantly, with a hammer if necessary, that it is powerful interest groups with pocketfuls of cash that wield the real power and influence in our government. Gosh, who knew?

There are some good supporting roles in the film, most of them too short and underdeveloped. Too many—including several news media cameos (Candy Crowley is resurrected in a particularly cringe worthy segment)—are underwritten, badly staged and, ultimately, ridiculous.

Rose Byrne brings some much needed vivacity and ironic zest to the part of Faith Brewster, a Republican strategist, and Gary’s nemesis, who is good when she finds a way to relate to every person whether or not she knows them from Adam, better when she tells bald faced lies with a straight face, and best when she throws a sandwich at a wall knowing that someone else will clean up “the accident.” Byrne makes the most of her spoiler role; she is as much a pro at stealing scenes as her character is at stealing votes. Her every move leaves Carell in the dust, and he does seem to like it: referring to one of her many deceptions, he moans: “She says it, and now it’s the truth.”

Last year there were two satirical movies that I thought resonated: “Jojo Rabbit” (2019) was a brilliant satire, reminding us that under the veneer of the comic there is a tragic foundation—a reminder that the sorrowful and the sublime walk hand in hand. I enjoyed, but could not swoon over “Parasite” (2019) the way many others did. I admire director Bong Joon Ho, especially his earlier films such as his harrowing suspense yarn “Mother” (2009) or his family-centric monster movie “The Host” (2006), but last year’s Oscar® winner has its characters ultimately accept the allure of sloth, greed and envy that were the seeds of their original misfortune, and the grist for the tragedies that ensued. How could more greed be the answer to one’s hopes?

As for political satire, it reached grand heights in Martin Scorcese’s “The Irishman,” which, despite the director’s plea to only watch a film from the very start to the very end, is best viewed in segments. I will never forget the scene with those Chicago voting booths that worked like revolving doors; the same party machine voters going behind their curtains, again and again, casting vote after vote for the man who won that Chicago district, and the Presidency. That piercing scene tells us a lot more about what political gamesmanship breeds than anything Jon Stewart came up with in his limp, and sadly, already outdated election satire. And it’s a lot funnier too.