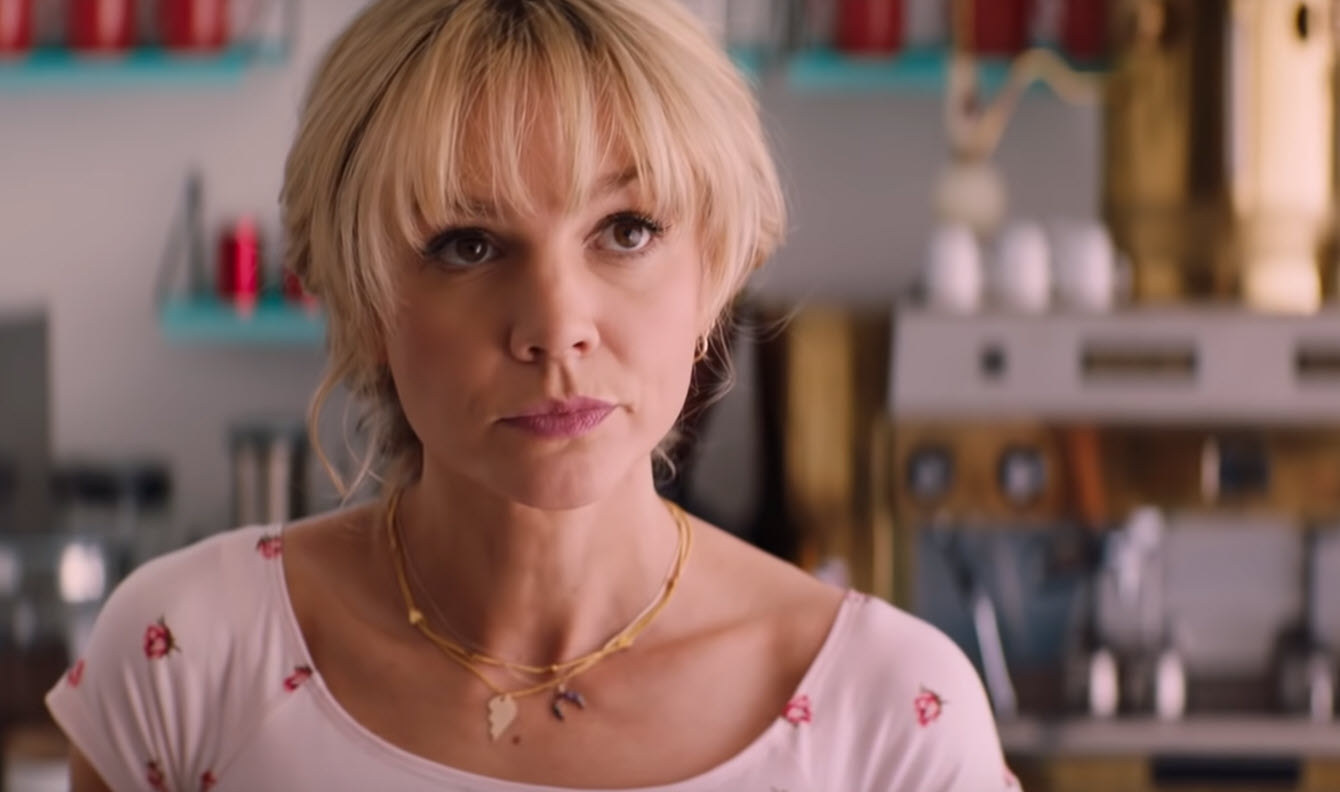 for strong violence including sexual assault, language throughout, some sexual material and drug use. 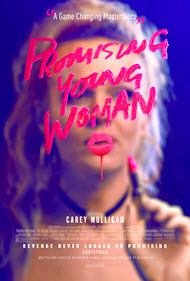 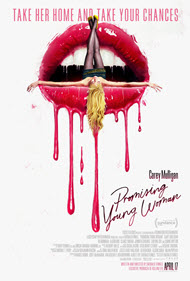 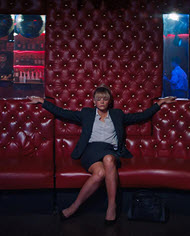 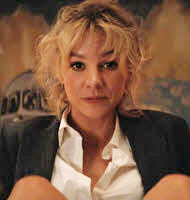 A woman who experiences a traumatic, terribly public sexual assault 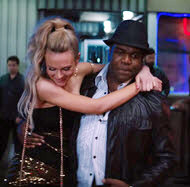 The sinfulness of people who fail to have basic empathy, humanity and respect for other human beings

Seeking vengeance/revenge on one man after another

Vendetta on sexual predators through being a predator 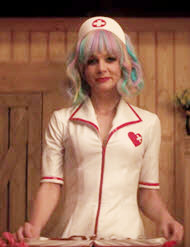 “Take her home and take your chances”

“When He was insulted, He returned no insult; when He suffered, He did not threaten; instead, He handed Himself over to the one who judges justly.” —1 Peter P2:22-23

“While seeking revenge, dig two graves, one for yourself.” —Douglas Horton

Emerald Fennell’s “Promising Young Woman” is a revenge fantasy, a harsh and callous one, whose meanness is coated in lurid sweetness. Lollipop colors infuse everything from smeared cinnamon drop lipstick to cotton candy hair dye to bar drinks whose liquid shades are more lacquer than liquor.

Fennel’s film has a luscious shimmer, but it is a syrupy honeycomb with a hornet’s stinger at its core.

Cassie Thomas (a flat accented and glowering, but strangely detached, Carey Mulligan is 30 years old. She has dropped out of medical school, lives at home with her parents, and works as a barista at a coffee shop. She has little time or respect for her customers, her concerned co-workers or her own future. Perhaps she was right to step away from a career as a doctor. If her bedside manner is anything like her coffee without a smile service, treating patients in a sick ward may not be a good career move.

In the midst of her despair, Cassie remains devoted to one goal. Her steadfastness in attaining that end becomes an obsession to which she applies the ferocity, if not the single-mindedness, of a Medea or a Circe or especially a Cassandra, her namesake. She will stop at nothing to avenge an injustice done in the past, not to her, but to a close friend. The details of that crime are fed to us in parts throughout the film which makes discerning the real source of Cassie’s pent up rage more a puzzle than a clue. By the time things get cleared up, and the perpetrators are revealed, too many paths have led to too many dead ends for the story’s revenge arc to make any sense or for its twist to make a mark.

In the meantime, Cassie spends her nights dressing coquettishly, going alone to bars, posing as drunk, and allowing men to pick her up and take her home. Risk minimization is never part of her plan. Once in the man’s apartment, Cassie turns the tables, reveals that she has been sober all along, and exacts her revenge. The men involved in these encounters are almost all one-dimensional villains and wastrels, who behave in predictable ways. Each is played by a two dimensional actor, one indistinguishable from the next, who goes from vulpine to sheepish as if those traits are controlled solely by a switch. Cassie, a feminist version of Don Giovanni, keeps the names of her conquered in a notebook. She takes out her pain not on one man or on some men, but on all men.

The film is so absorbed in appearances that it misses what lies in Cassie’s heart, or in the hearts of the men she takes on. The men’s motives seem to waver between a call to protect and an impulse not to let an opportunity slip by. Is there anything in the character or the background of these men that would let us understand them? We never get a sense of what makes them tick, or if anything at all moves inside their skulls. One can be appalled by the child killer played by Peter Lorre in Fritz Lange’s “M” or at the sad clown played by Joaquin Phoenix in last year’s “Joker,” but those films, and their main characters, grip us because they reveal the bad guys for who they are inside, not just for what appears on the surface.

“Not as a man sees does God see because man sees the appearance and the Lord looks into the heart.” 1 Samuel 16:7-8

Cassie understands the force and the potency of her sexuality but she is confused about how to use it. She distorts her gift, using it as a weapon to assuage her grief and loneliness. Instead of finding her anger the way someone once did when he chased moneychangers out of a temple, she loses hers, and resorts to a kind of primal scream, a roaring one that drowns out the small but taming voice within.

Cassie’s arguments are reasonable, even sensible. Men should indeed treat women with respect, and should be held accountable when they do not. Much like the Glenn Close character in “Fatal Attraction,” the character here never loses her reason. Unfortunately, she loses everything else.

Women have always held the seat of power in the sexual and emotional realm. This is made more evident in film than in perhaps any other art form. There is no male match for Clara Bow, Mae West, Rita Hayworth or Sharon Stone. Those great movie stars knew that a sanctum exists, to which only they hold the key. A man dares not enter that realm without the lady’s permission. Unfortunately for Carrie and for the world she inhabits, a hook-up culture that includes sexual permissiveness and indulgence in alcohol dilutes a woman’s know-how, and power. Yvette Mimieux perfectly captured that loss in the 1960 film, “Where the Boys Are.” Her character, Melanie, constantly in search of the surface ideal but not looking inside the man, winds up lost and mournful at what was taken from her. As for the men she trusted, and tragically gave into, she laments: “They weren’t even Yalies.”

“You are an enclosed garden, my bride, a fountain sealed.” —Song of Solomon 4:12

“Promising Young Woman” is Emerald Fennell’s first feature film. She wrote the screenplay for one of the seasons of the television series “Killing Eve,” and as an actress can be seen as Camilla Parker Bowles in season 4 of “The Crown.” In the latter, she is quite good, the only character in the whole tiresome season that seems to know how to have fun. As a director, Fennell seems to swing between trying to be a daring stylist who slaps images on film as if throwing darts at a board, and having to be a rigid adherent of the “me too,” he said-she said, “patriarchal hegemony” social wordplay. That’s a juggling act that results in more oopses than awes.

A film that makes immolation its central theme should beware the danger of a backdraft. “Promising Young Woman” burns itself repeatedly, yet despite all the flames, it never heats up. On film at least, revenge is best when not served so cold.

Positive
Positive—After reading this review and watching the film, I wonder if the reviewer perhaps missed the point of the movie. At its heart, this is a film about grief, injustice and misplaced anger. This is not real life; it’s a movie, and, at best, it’s a caricature of a frustrating phenomenon. Obviously, as such, it’s on a larger-than-life scale: the candy-colored everything; the bad, bad men; the over-sexualized and falsely drunk protagonist; the moronic, co-conspirator friends; oh, the list goes on…Basically, we have a deeply grieving and angry woman trying to find somewhere to put all that anger and grief while at the same time attempting to right a wrong, however misguidedly. The issue addressed by her, that we are given piece meal as viewers is, sadly, an all-too-common one. I think the whole point of the movie is: How do we fix this situation of women being taken advantage of sexually? This is something that happens so very much in our world because women are physically weaker and because we have thousands of years of patriarchy shadowing us.

I was appalled at the reviewers statement that: “Women have always held the seat of power in the sexual and emotional realm.” I’m not sure how anyone of either sex could make such an erroneously ridiculously statement. For men who play by the rules, so to speak, women can be seen as the gatekeepers, but even that is a stretch in what has been, since the dawn of time, a sexual culture that is male dominated planet-wide.

Obviously, the viewer is quick to see how misguided and dangerous the main character’s action are. I think we’re seeing the result of not getting anyone to pay attention to the situation. We see in the media regularly young men who are being let off after a woman makes a sexual complaint because there’s just not enough evidence. That can make women feel impotent to address this scary reality. I feel like the movie is shouting, “Wake up!” And I think it does a good job of that. Is the main character likable? Even as a woman I have to say a resounding “No!” Is she handling things the best way. Again, no. Is the candy-colored shock value of the movie making an issue loud and clear. Yes! And for that, it’s worth a watch.

There are unpleasant scenes in this movie and it’s certainly not for everyone. It’s meant to be shocking and nontraditional in its treatment of the issues. And it does that. It does that very well.
My Ratings: Moral rating: Offensive / Moviemaking quality: 4
Doralyn Rush, age 43 (USA)