for some suggestive material, language and thematic elements. 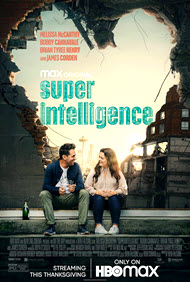 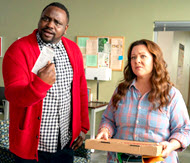 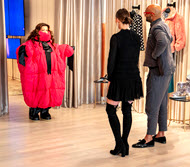 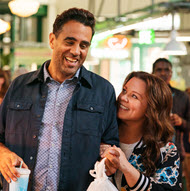 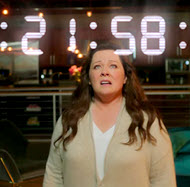 Sci-fi induced anxiety that machines may be becoming too smart

The dark side of digital convenience

Nihilistic view of Humanity that presents a grim future 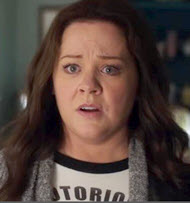 What would you do if you knew you only had a few days to live?

Secular view of the world and its future versus God’s view, as revealed in His Word

From God’s view, what are goodness and righteousness?

What are GOOD WORKS? Can they save you from God’s wrath? Answer

What is the FALL OF MAN? Answer 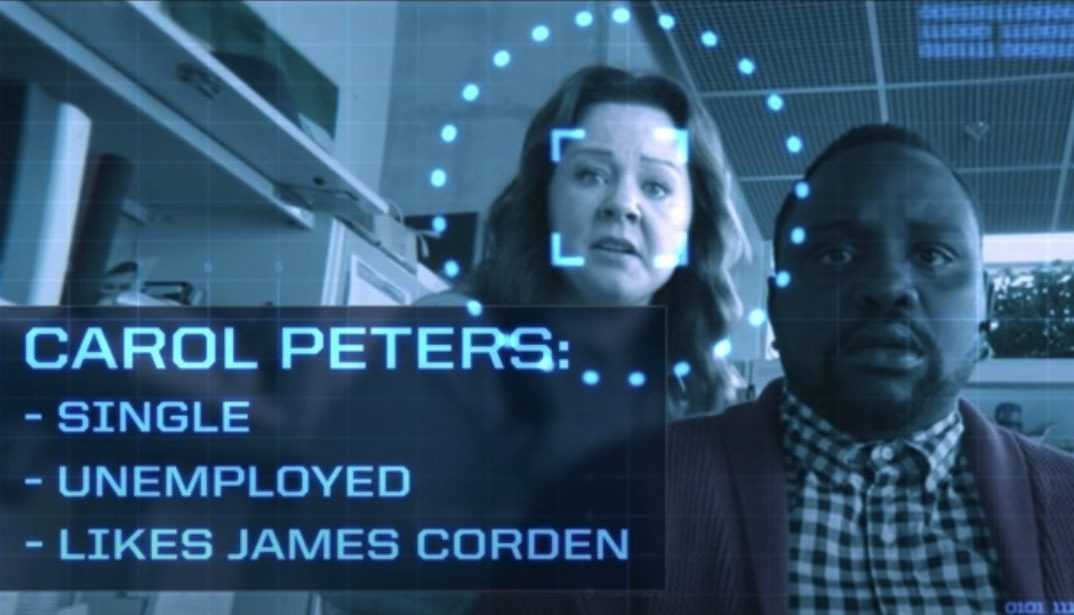 Carol Peters (Melissa McCarthy) is your typical average human being. Well, at least that’s what someone in a job interview told her. But apparently, that description is enough to gain the attention of a mysterious artificial intelligence… who selects Carol as it’s test subject for a humanity experiment.

Changing it’s voice to reflect Carol’s celebrity crush (most of the time, the intelligence is voiced/played by James Corden), the entity follows Carol and studies her life for a few days. It also mentions that her actions will help it decide whether it will help save humanity or destroy it altogether. No pressure…

As a story, “Superintelligence” had plenty of potential (even if the human-A.I. relationship has been explored before in film). The trailer features some funny bits, while the overall plot seems to have more of a dramatic focus. However, the story struggles with keeping its tone consistent. The first act sets up the plot nicely and doesn’t drag, while the second act is mostly comedic in nature. Once we get into the home stretch, the film abandons the comedic elements nearly completely, and turns up the suspense instead. This indecisiveness makes for a sometimes confusing film.

That being said, Carol’s development as a character is very solid. A lot of this is due to McCarthy’s performance. She convincingly portrays a kind-hearted character struggling with her confidence, self-worth and moral compass. In terms of humor, the actress does better with one-liners and references than she does with physical comedy here. Meanwhile, Brian Tyree Henry (“Into the Spider-Verse”) is a great choice to play Carol’s best friend, while Bobby Cannavale (“Annie” (2014), “Jumanji: Welcome to the Jungle”) has solid chemistry with McCarthy as her love interest, George. Corden steals the show in a handful of scenes.

The film carries several solid messages involving selflessness, humbleness, and the dangers of technology. Carol’s journey can be seen as a morality tale in a way. Now, she is not a perfect character. But, she does make some wise and inspiring choices that have a noticeable impact on others. In response to all the riches and nice things she gets from the experiment, she claims repeatedly that she doesn’t honestly care about how much stuff she has. She also says she doesn’t need all of it to win over a man in her life.

(Spoiler alert) And it’s Carol’s moral compass that ultimately prevails over the pressure of the A.I.’s motives. She willingly sacrifices her own future (and normally predictable happy ending) to help her love interest pursue a career overseas. The intelligence is baffled by her decision, saying that she didn’t do it for “societal gain” or “personal advantage.” When asked why she did it, she says, “I guess, love.” And it’s this choice that ultimately is key in helping save the world.

This serves as a great reminder that choosing to do things for others’ interests carries more significance than self-centered actions. And, it also serves as a reminder that motivation matters in these situations, too. Philippians echoes the idea of how important selfless choices are:

“Do nothing from rivalry or conceit, but in humility count others more significant than yourselves.” —Philippians 2:3

Carol also carries a humble spirit toward others. As a love interest, George is accepting, kind, patient and content with Carol and who she is.

Language: God’s name is misused and interjected inappropriately about three dozen times (“Oh my g*d/Oh g*d”). Beyond that, obscenities are limited—especially considering McCarthy’s previous films. The subtitles reveal one whispered s-word from Carol (though it’s hard to hear). We hear four uses of “h*ll,” sh*t (1), “cr*p” (1) and badunkadunk (2).

Adult Content: Some kisses, including a few passionate ones. A couple of scenes involve some mild suggestive talk. Carol’s job interview is for a “badonkadonk” Website. The intelligence encourages Carol to wear red on her date with George, out of consideration for her “lovemaking history.” He also discusses that humans do more “intimate” things as a result of successful dates, but Carol gets him to change topics before he goes any further.

Unfortunately, this leads to a moment where we see Carol and George make out and start to take their clothes off (we see this from a distance through a window). It’s clear that they are consummating their relationship, though we only witness Carol struggling to get George’s buttoned shirt off his head. This ends with him crashing into a window’s blinds in the process. (On a more bizarre note, they’re both being observed by two government agents who comment slightly suggestively on the situation.)

Violence: We see flashes of images of riots, explosions and other worldwide panic. There are other threats of worldwide destruction mentioned. Other than that, the rest of the violence is slapstick. Carol is launched from her car onto the pavement. She jumps on a beanbag repeatedly and misfires. She’s repeatedly accosted by government agents and kicks others in defense; someone gets noticeably hurt in one instance.

Drugs/Alcohol: Someone mentions a “strawberry margarita” promise. And speaking of which, on their first date together, George and Carol sip tall margaritas. Carol is seen in a few embarrassing “drunk, provocative photos” with a glass of wine in her hand. Another scene shows Carol and George drinking champagne. And there are other references to alcohol.

Other: The intelligence repeatedly attempts to manipulate and control. It also talks rudely to other humans. In a moment of fear, Carol calls the intelligence “all-knowing and all-powerful.” An interviewer oddly sniffs Carol’s hair. Government agents and military members act clueless and nearly unprepared for the situation.

“Superintelligence” was originally set to hit theaters late last year, before McCarthy and husband Ben Falcone (who directed the film) decided to send it to HBOMax to try and give the new streaming service a boost. It’s interesting how this unintentionally set off a wave of once-planned theatrical releases going to streaming… even though McCarthy and Falcone weren’t counting on COVID-19 changing other plans.

As for the film itself, I’m not sure how it would have fared as a theatrical release. That’s because it can’t quite decide what kind of movie it wants to be. It’s a PG-rated movie, but it doesn’t feel like a family film. The plot, character situations and other elements will go over the heads of kids watching at home, and will be more enjoyed by adults. At the same time, the film also contains a few out-of-place and adult moments that will likely put the film out of bounds for younger moviegoers. At the same time, adult viewers might be relieved that this film is definitely less problematic and raunchy than Melissa McCarthyMcCarthy’s other efforts.

At the same time, the film doesn’t decide whether it wants to be a silly comedy or a drama with serious stakes. On the other hand, however, what ultimately helps save the film is McCarthy’s superb lead performance, her chemistry with Cannavale, and a surprisingly morally-redemptive ending.

In the end, “Superintelligence” is a decent diversion of a film. But, it’s not one I would highly recommend for content or overall quality.