for some thematic material and nude images. 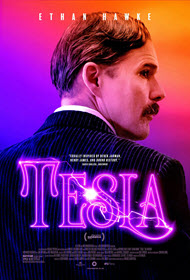 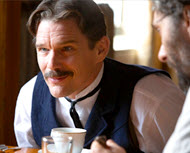 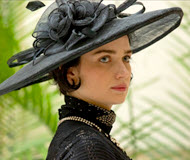 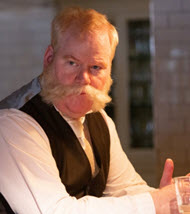 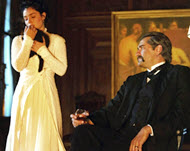 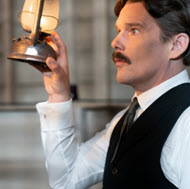 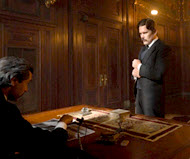 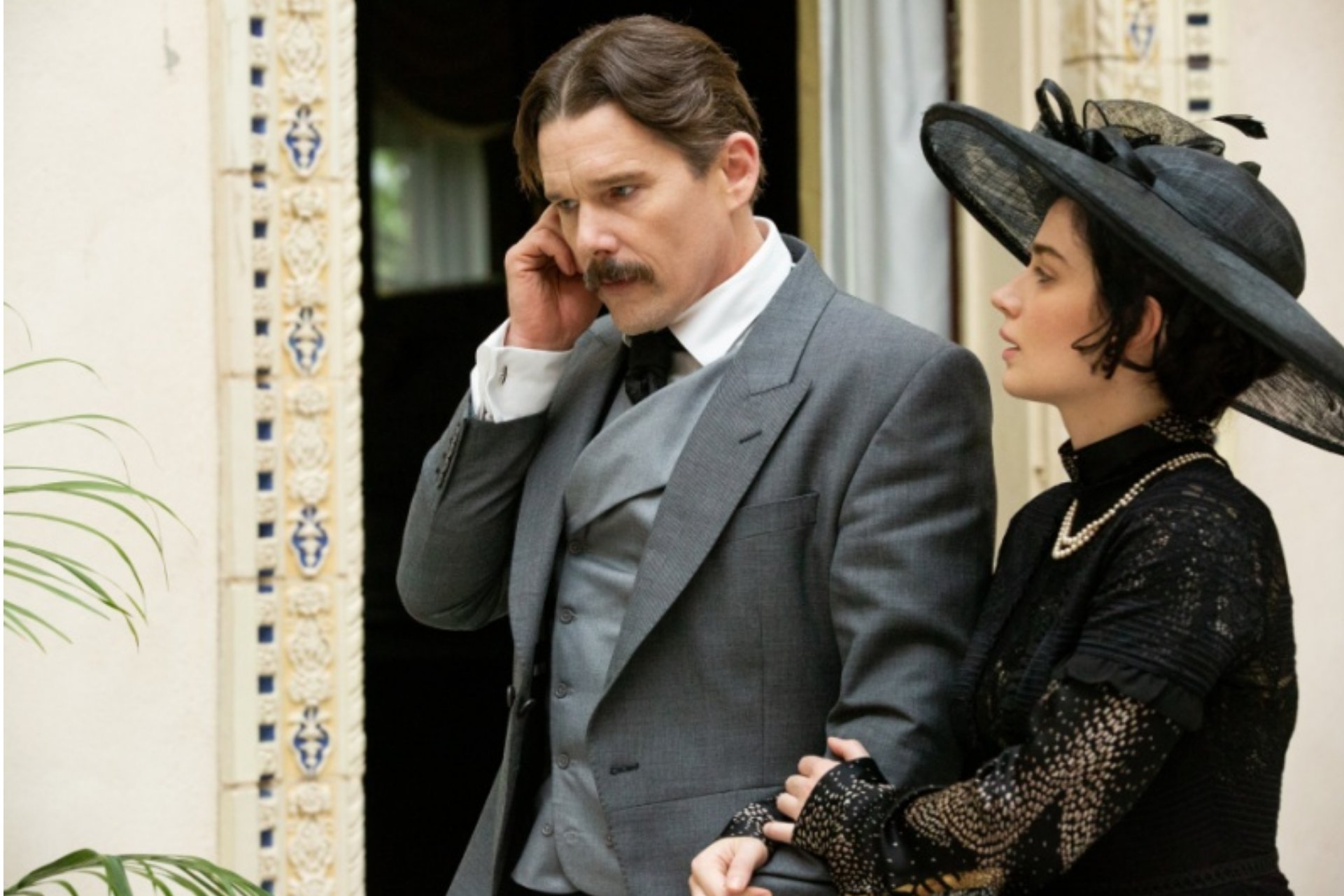 If you want to see Nikola Tesla singing 80’s karaoke, Thomas Edison aggressively licking a McDonald’s ice cream cone, and comedian Jim Gaffigan acting in a serious role, have I got a movie for you!

“Tesla” is a biographical film about the brilliant inventor Nikola Tesla (Ethan Hawke). At the end of the 19th century, he worked for famed inventor Thomas Edison (Kyle MacLachlan). After a disagreement over DC and AC electrical currents, Tesla left Edison’s company to pursue his own strategic path. Consumed with his work, Tesla finds success, but his desire for progress remains unsatisfied. He relentlessly pushes the envelope in hopes that his dreams and intelligence are enough to change the world.

I’ll be the first to compliment a movie for a fresh, ambitious approach to storytelling, and “Tesla” is certainly trying something new. Unfortunately, this specifically-bizarre style of filmmaking dismantles the integrity of the story itself.

After a somewhat traditional beginning, the film takes a drastic turn when a lead character breaks the fourth wall, speaks directly to the audience, and discusses the various Google search results for Nikola Tesla and Thomas Edison. Imagery and information surge across the screen. At first, this use of historic photographs cleverly places the characters in their true environment. It feels a bit like a play, but it works. The goal of these asides is to point out the misinformation chronicled about these two men. It asks, “What is the truth?”

The film dives further into this question of truth by plotting out full scenes that are rescinded and revealed to never have happened. As the style of the film grows more and more absurd, the substance fades away. It no longer explores the man of Nikola Tesla and his fall from grace. It’s too interested in distracting its audience with countless references to cats, purposely fake sets, and deliberate (I can only imagine) out-of-tune violinists—one of whom is roller skating while playing. It’s trying to be so clever that it becomes dull, and the quest for truth is unfortunately dismissed.

The topic of truth is of utmost importance—especially in the age of the Internet. At any given moment, we have infinite amounts of information at our fingertips, and, yet, the truth seems to be more evasive today than ever before. I am so very thankful that God sent us the Truth in the form of His Son, Jesus Christ. Jesus explains this perfectly to one of his disciples in the Gospel of John:

“Thomas said to him, ‘Lord, we don’t know where you are going, so how can we know the way?’ Jesus answered, ‘I am the way and the truth and the life. No one comes to the Father except through me. If you really know me, you will know my Father as well. From now on, you do know him and have seen him.’” —John 14:5-7

Earlier, also in the book of John, Jesus explains truth to Jewish believers:

“To the Jews who had believed him, Jesus said, ‘If you hold to my teaching, you are really my disciples. Then you will know the truth, and the truth will set you free.’” —John 8:31-32

It is a great comfort to me to know that despite the lies and misinformation plaguing our society today, the only Truth that matters is found in God’s Word.

Along with its misrepresentation of truth, “Tesla” has some questionable material. There is a scene of capital punishment. Even though you see very little, the grisly details are described by a character reading a newspaper. There are a couple examples of vulgar and profane language such as: b**ch and g*d-d*mn. A woman is on stage in a see through shirt, and nude characters are seen in a painting. There is also some smoking and drinking throughout. None of this material is gratuitous, but it’s another reason to avoid watching this movie.

“Tesla” is an ambitious film, and I respect that. I also respect Ethan Hawke ( as an actor (“Before Sunset,” “Training Day”). He is willing to try risky roles such as: “Boyhood,” “Predestination,” and most recently “First Reformed.” That being said, this film did not connect with me at all. I was bored, then disappointed, and eventually frustrated. At times, it feels like it wants to be the critically acclaimed, political dramedy “The Big Short,” with quirky, fast, informative techniques, but it fails miserably. I, literally, know less about Nikola Tesla now then before watching this movie. It is a messy, disjointed, even grating film to watch.