for language and thematic elements. 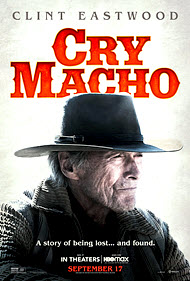 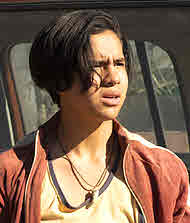 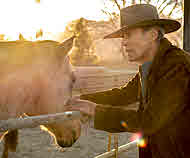 Horses in the Bible 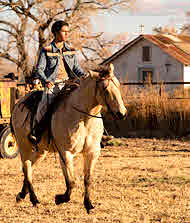 Running away from home

Mike Milo (Clint Eastwood) used to be one of the best rodeo stars that ever graced the West. He could ride bulls and horses, and there wasn’t a single person who didn’t know his name.

Of course, all good things must come to an end, and Mike’s career ended far too quickly after being badly thrown from a horse during one rodeo.

It’s been decades since that fateful day, but since then, Mike isn’t the same man he once was. He teaches basic horseback riding lessons at a ranch, but he’s lazy, irresponsible and all alone. But life is about to give him a good kick in the pants when his good friend, Howard (Dwight Yoakam), asks him for a favor.

Howard needs Mike to head to Mexico and bring his, Rafael, back to the United States. The problem, however, is that Howard’s drunkard ex-wife, Leta, wants Rafael to stay with her in Mexico, but Howard believes the boy is being abused and doesn’t believe the authorities in Mexico will do anything about it.

Mike feels that he owes Howard for getting him out of a rough spot, so he agrees to go and bring Rafael to Howard in the U.S by any means necessary.

Based on the 1975 novel of the same name by Richard Nash, what can ultimately be said about the film “Cry Macho” is that it has quite a bit of heart at its core, while at the same time still the occasional moment to poke fun at itself in the typical western drama.

Frankly, I’m impressed with that. I didn’t walk in expecting much from “Cry Macho.” Apart from thinking I might get a somewhat decent performance from Clint Eastwood and others, I didn’t expect anything else.

First off, I don’t think the film is getting its proper due right now. Clint Eastwood is 91 years old and is STILL in films. There aren’t many in Hollywood doing that right now. Not only that, he’s riding a horse very skillfully in this film (he used a stunt double as well).

On top of that, his performance is well done. You can see him really internalizing his character on screen and that shows nicely in his performance. He also has some good comedic chemistry with his young co-star Eduardo Minett (who plays Rafael). Their interactions are pure gold.

Secondly, there is a true story of redemption and honesty. These aren’t just messages blatantly thrown in at the end of the film for some “Aww, wasn’t that sweet?” reactions from the audience. They are genuine messages that are positively promoted by the main characters in the first act, sure, but most specifically in the second act (to reveal any more would be spoiling the film).

Lastly, the pacing is consistent overall (but the first act drags at little, as does the final act).

While cinematography and performance are on par, there were some objectionable moments of concern that viewers should be aware of before deciding whether or not to see this film.

Violence: Moderate. A man gets punched in the face. This same man is later seen being beaten when a group of men find out that he has been leaving bruise marks on a young boy. Viewers witness the bruising on the boy’s back in a couple scenes. A car is seen being rammed off the road and flips over. A rooster is seen attacking some bad people. 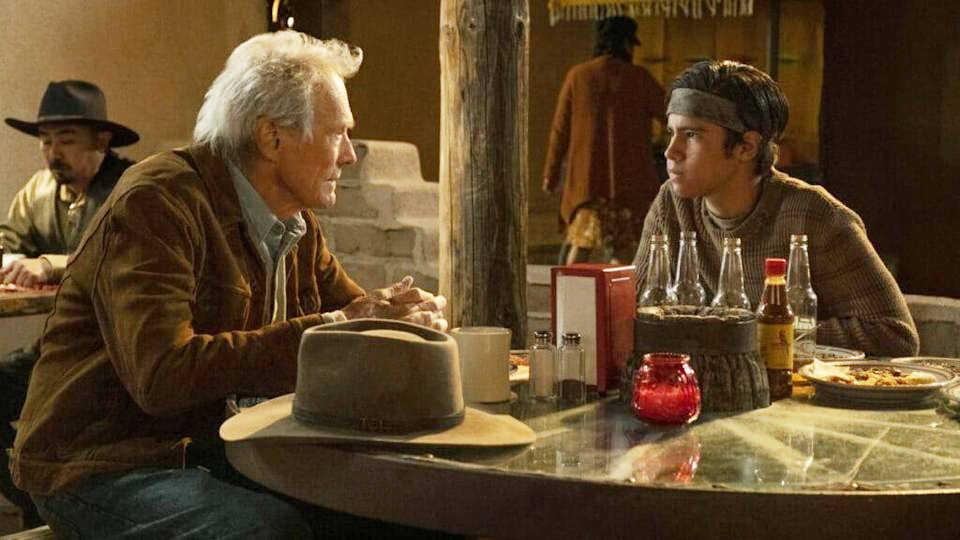 The wrong-headed idea that men must behave in a MACHO way (displaying so-called machismo), such as being dominating, fierce, bravado, acting like a tough guy, and being domineering and overly assertive toward women

In the film, Eastwood says, “This macho thing is overrated. Just people trying to show that they've got grit. That's about all they end up with. It's like anything else in life: you think you got all the answers, then you realize, as you get older, you don't have any of them.”

Through much experience, the character Mike became wisely contrite and humble, instead of a prideful, self-promoter who knows far less than he claims. 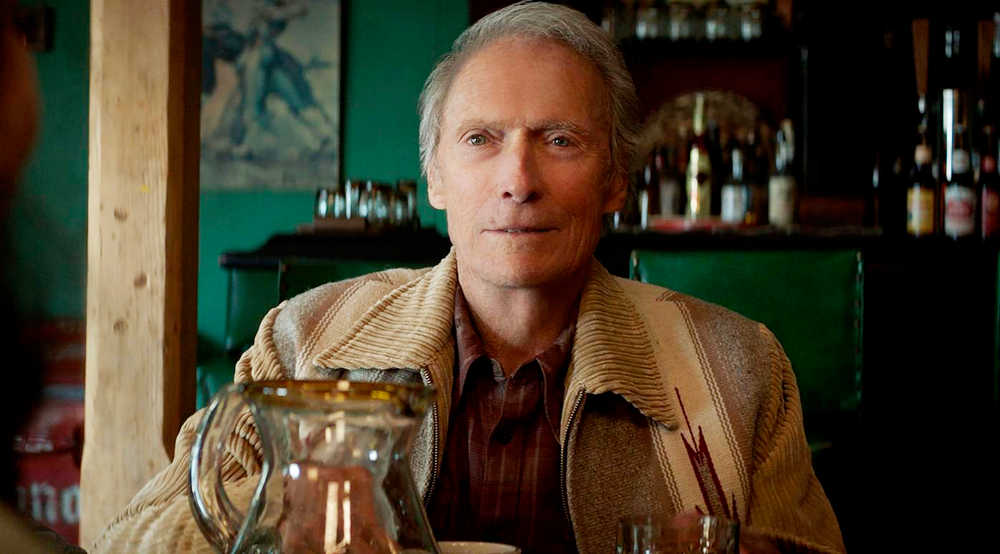 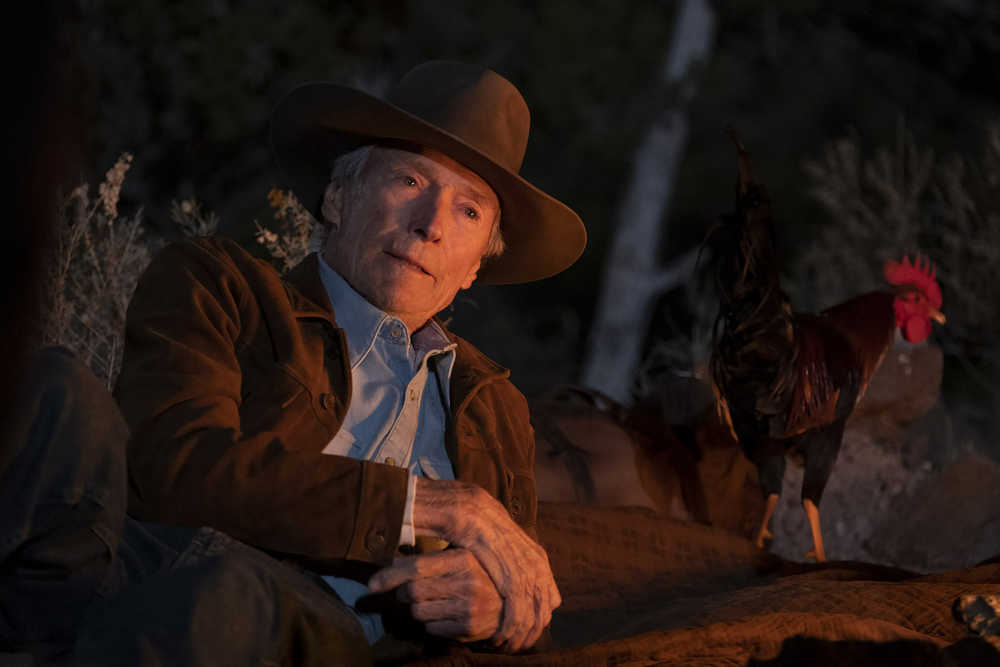 Sex: A guard is seen flirting with girls trying to enter Mexico at the border. Some sexual remarks about a man’s “fly” are made. Lena tries to seduce a male character to her bed (to no success). There is a brief discussion about “boy rape.” Rafael mentions that his mom invited different men to her home. There’s also a sexual joke made about how Rafael’s rooster (cock) is named Macho.

Alcohol: Some characters are seen drinking; a mother in an alcoholic. An underaged boy is seen trying to drink, but is stopped. “Pills” and “booze” are also mentioned.

Spiritual Discussions/Aspects: A conversation occurs between two characters about whether they believe in God. One says that “we’re all someone’s children.”

What is “THE FEAR OF THE LORD”? and why is it important? Answer

Two character’s sleep in the Chapel of the Virgin for a few days.

Other: There are discussions about a child being abused. Again, there is the issue of Mike having to go to Mexico to bring Rafael across the border to his father. People are lied to by a couple of characters.

After Mike fell off his horse, in “Cry Macho,” he became addicted to drugs but finally quit and sought redemption from others for his behavior and the people he hurt. He also wished to repay those who helped him get back on his feet.

True redemption can only be achieved by accepting Jesus Christ as Lord and Savior of your life. Plain and simple. No payment required. All He asks is that you come to Him with a humble and repentant heart.

“I have swept away your offenses like a cloud, your sins like the morning mist. Return to me, for I have redeemed you.” —Isaiah 44:22

“In him we have redemption through his blood, the forgiveness of sins, in accordance with the riches of God’s grace.” —Ephesians 1:7

“I have been crucified with Christ and I no longer live, but Christ lives in me. The life I now live in the body, I live by faith in the Son of God, who loved me and gave himself for me.” —Galatians 2:20

“For this reason Christ is the mediator of a new covenant, that those who are called may receive the promised eternal inheritance—now that he has died as a ransom to set them free from the sins committed under the first covenant.” —Hebrews 9:15

I disagree with most of the secular critics on this film. “Cry Macho” is a nice entry for those who enjoy a slow western drama with some heart. Granted, it’s not Clint Eastwood’s greatest film to date (he’s a legend in his own right), but it is a film that is certainly worth viewing and one that has a good strong message. Unfortunately, there is some objectionable material I wish was left out, such as profanity, vulgar language and sexual dialog, so please be aware of this in making your decision.

Positive—The only truly objectionable material in Cry Macho would appear to be the reference to the rape of a youth intended as a kind of threat. This Clint Eastwood movie is rather tame compared to several more recent offerings as I have often found that the actor/director takes a liberal view with the presentation of sexual violence, kidnapping, and mistreatment of women or girl characters; please reference Clint’s work from the 80s and 90s so you can understand what I mean. Tightrope comes to mind.

The bond between Rafael the boy and Clint’s character is done with such tenderness and with just the right amount of sentimentality to convey a growing and mutual respect between the two. Indeed the movie is a kind of presentation by parable of what Christ meant when he said in St. Luke’s Gospel “Do unto others as you would have them do unto you.” He travels to Mexico to help his auto dealer boss rescue his son from an ex-wife linked to a criminal organization, a cartel. That same boss, Howard, played a key role in Mike Milo’s recovery during a downward spell. Fearing the corruptive influence of the Mob and grave personal danger to Rafael, Howard enlists Mike to bring the boy back to America.

As is often the case with Clint’s movies, Mexico can be a place of peril and struggle, often a kind of small-scale battlefield between the forces of good or evil, much America’s “wild west” could be. Whether you see racist undertones in this is a debatable point, especially in light of the Spaghetti Westerns like “A Fistful of Dollars” or “For a Few Dollars More,” but Mexico is often the place in many western movies where characters must come to terms with either their prejudices or their own life’s choices. The people themselves are either plot enablers or character shaping.

“Cry Macho” is very different. The depiction of the tender love forming between Mike Milo and restaurant owner Marta easily makes this film one of the best of the year. Marta goes so far as to give food to Rafael and Mike as they shelter in a shrine for the Virgin Mary. It is a touching portrayal of what Christ said in Matthew 25 when he commanded us:

Marta’s generosity, perhaps a reference to the two sisters Martha and Mary from the Gospels, whose collective actions came to embody the twin Christian virtues of obedience and servitude, overcomes the wickedness of some of her fellow countrymen. And I’m sure Mother Mary would not object to two men fleeing from crooked police officers and mob enforcers by taking shelter in Her shrine.

Mike’s helping Rafael reach America is a touching story of cooperation and self-sacrifice that reminds us that “Whatever you did for one of the least of these brothers and sisters of mine, you did for me.'

If you watch Cry Macho for nothing else, then watch it for this. Because this year’s crop of movies is so full of sexual perversions and satanic depictions that one’s heart is literally crying for cleaner things. And as good as Black Widow was, I hope we’ll see some nicer selections by Christmas.
My Ratings: Moral rating: Better than Average / Moviemaking quality: 5
Christopher, age 42 (Canada)