for language, some sexual content, and brief nudity and violence. 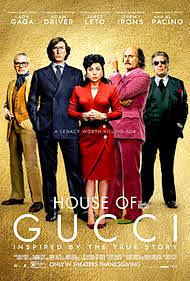 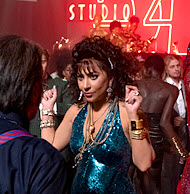 Gucci, the Italian luxury fashion house based in Florence, Italy

Under the direction of Aldo Gucci (son of founder Guccio Gucci), Gucci became a worldwide-known brand, an icon of the Italian Dolce Vita.

A woman from a wealthy family, but ouside of Milan’s high society, romances a powerful wealthy man (an only child) and and marries her way into a dynastic Italian fashion company becoming part of the social elite

Pitting families members against each other inorder to gain personal power

An ex-wife filled with rage against her ex-husband

Gucci family's response to this film

“Patricia Gucci, who is Aldo Gucci's daughter and Maurizio Gucci's first cousin, told the Associated Press, in the name of the Gucci family, they were ‘truly disappointed’ by the film. ‘They are stealing the identity of a family to make a profit, to increase the income of the Hollywood system.’ She added, ‘Our family has an identity, privacy. We can talk about everything, but there is a borderline that cannot be crossed.’

According to Gucci, the three central concerns of the family are the lack of contact with Ridley Scott, the alleged inaccuracies in the book on which the film is based, and the casting of high-profile actors to play people who were not connected with the murder.” 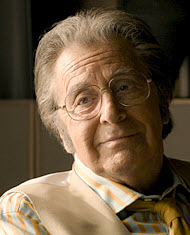 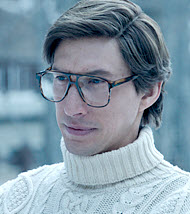 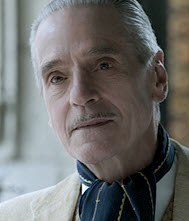 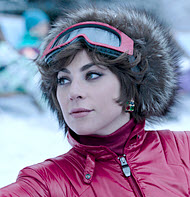 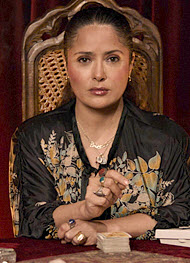 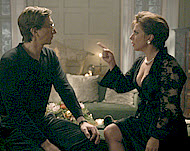 Mauricio Gucci, heir to the Gucci family apparel line, never considered himself anything like the rest of the Gucci family in the beginning, at least that’s the way this movie tells it. The Gucci name carries great weight to it. In Mauricio’s eyes being a Gucci means living in luxury, class and always having people expect something more from you. It carries a heavy responsibility, and being the head of, or even looking at becoming the head of, the Gucci company, like his father Rodolfo tends to stress and push to a breaking point…

But I’m getting ahead of myself here. For now, it’s 1984. And Mauricio is just a young member of the Gucci family who is attending a party he was invited to by a friend. He then locks eyes on the beautiful Patrizia Reggiani. The two chat and dance the night. It’s an instant connection.

Now normally someone in Mauricio’s social class would NEVER associate with Patrizia and certainly never marry her (Patrizia is merely the daughter of the head of one of the most successful trucking companies in Milan). But Mauricio doesn’t care. The two get married and have a child together.

As time passes Patrizia realizes that she is now a Gucci and that that MEANS something. She also realizes that Marucio doesn’t really take much interest in the company. “I don’t want to live in poverty when I can live in luxury. I’m a Gucci now.” Her psychic friend convinces her she will come into a great fortune. So, Patrizia starts to push herself into the family business through Mauricio.

If only Patrizia knew what she was up against…

Deception, murder, greed. Themes that all seem central to both the film “House of Gucci,” the book “House of Gucci” (on which the film is based) and at least some of the real events on which both are based. These are themes that are also commonly seen in films directed by the famed Ridley Scott. So it only made sense for him to sign on to a story so special, so malicious (pay attention to that), that it was just dying to be made, right?

Here’s the thing, though. Not everyone’s dirty laundry needs to be on display, especially if it is not entirely accurate or balanced. In fact, reports state that during production, members of the Gucci family weren’t even consulted, and they were even offended by the way some events are depicted on screen (apparently certain characters were added that were not a part of the surrounding circumstances).

Even if this story was fiction (which, yes, I did a ton of research on the events of transpired and yes the film got a good portion of the events and characters correct), this film is nothing to subject yourself to, truly. Oh sure, there is an all star cast: Lady Gaga nails her role as Patrizia, Jeremy Irons is plays decent Roldofo, Adam Driver is so—so, and Jared Leto is good for comedic relief from time to time. But again, I ask, what are you subjecting the Holy Spirit to in return?

Cinematically, the film is relatively okay. The pacing is fine in the beginning but tends to drag for the last half of the film, especially knowing how the real-life events transpired. The scenery is what is most impressive and sometimes breath-taking —from the vintage New York city streets to the beautiful hillside mansions and farmhouses in Milan.

But again, “House of Gucci” has an ever-present darkness overshadowing it from beginning to end. The people in the film are either miserable, drinking, arguing or scheming. In terms of cleanliness, only the first 30 minutes are relatively clean. The rest is nothing more than a battleground for heavy amounts of sexual content (some of it graphic), partial nudity, vulgar language, greed and other jaw dropping moments that made me wonder what I just witnessed.

NUDITY: Female characters are shown wearing multiple cleavage baring outfits. We also see this female character in the bathtub multiple times, covered only by bubbles (her breasts are seen underneath the bubbles in one scene). In another scene, we see one female character in only her bra and panties. During a fashion show, a male model is seen in nothing but leather chaps showing his bare behind and other characters show excessive skin as well. The camera slowly pans down a dancing woman’s body.

OCCULT: A female character is seen consulting a medium on multiple occasions throughout the film to have her future told. We witness a tarot reading. The medium also jokes with a couple characters about how if they mess something up she’ll “put a spell on them.”

VIOLENCE: People hire an assassin to murder a husband. Two men are shot by a hitman—one 3 times. There is a very angry scene with a husband and wife displaying uncontrollable fury and verbal abuse. A husband is seen grabbing his wife and holding her up against the wall, choking her briefly in the process.

ALCOHOL/DRUGS: Characters are frequently seen drinking alcohol or smoking cigarettes or a cigar. A song refers to a drug junkie.

OTHER: A character is seen forging signatures as part of her job. We see her do this for a deceased character later without permission. A character runs from the police to another country to avoid prosecution for tax evasion.

The most obvious takeaway from a film like “House of Gucci” is the power and corruption of greed and pride. Greed comes in many forms, not just money. Greed is the desire for wealth, power or anything else that is sinful is nature.

Patrizia came from humble beginnings. She grew up in poverty, with very little. Yet, when she had just a small taste of the Gucci fortune she wanted more. More money, more power, more fame. These are sinful desires. Money isn’t evil, but the love of it is.

“For the love of money is a root of all kinds of evils. It is through this craving that some have wandered away from the faith and pierced themselves with many pangs. —1 Timothy 6:10 LSB

Having enough money to provide for ourselves or some power or responsibility isn’t evil, but continually never being satisfied or thankful to God for what you have IS….

“And he said to them, “Take care, and be on your guard against all covetousness, for one’s life does not consist in the abundance of his possessions.” —Luke 12:15

“Put to death therefore what is earthly in you: sexual immorality, impurity, passion, evil desire, and covetousness, which is idolatry.” —Colossians 3:5

To go back and put 1 Timothy 6 into full context…

“Now there is great gain in godliness with contentment, for we brought nothing into the world, and we cannot take anything out of the world. But if we have food and clothing, with these we will be content. But those who desire to be rich fall into temptation, into a snare, into many senseless and harmful desires that plunge people into ruin and destruction. For the love of money is a root of all kinds of evils. It is through this craving that some have wandered away from the faith and pierced themselves with many pangs.” —1 Timothy 6:6-10 LSB

I felt a sense of dread and emptiness leaving the theater at the conclusion of “House of Gucci.” It’s sad, truthfully, to see that such a talented cast (and truly, they are), utilized on a story like this: a story that glorifies deception, murder, and greed. What’s even sadder is that THIS is what’s passing as entertainment today.

Perhaps, as Christians, we should stop and pray for these actors and actresses instead. Perhaps we should pray for Mr. Scott as well. Pray that they make more honorable choices in the films they produce (and in Mr. Scott’s case, I pray that he comes to the Lord, since he has stated he is an Atheist).

In any case, “House of Gucci,” is not a film I recommend to Christians. The graphic sexual content and dialog are enough for anyone to steer very clear away from the film. You are much better off spending that ticket money elsewhere.

Secular Movie Critics
…Lady Gaga and her terrible movie are shallow… The abysmal “Gucci” would get a better grade, perhaps, if it was a term paper titled “How to Make the Assassination of a Famous Person Boring.” …
Johnny Oleksinski, New York Post
…tacky… throws good taste out the window… often resembles one of those soapy 1980s miniseries like “Lace” or “Scruples,” all about lust, greed and murder among the rich and famous. …
Alonso Duralde, The Wrap
…undeniably tedious, threadbare, and unengaging… the wrong filmmaker for the material. [2/5]
Richard Whittaker, Austin Chronicle
…soap-opera-like tale… doesn’t even get to the divorce or the murder until after the two-hour mark, which is well beyond the point at which a lot of very fine movies have already rolled their closing credits. So what does “Gucci” do with all that precious time? Not much, as it turns out. … [1½/4]
Michael O’Sullivan, The Washington Post
A plodding, pointless movie …It’s difficult to count the ways in which this film is undeserving of your time … as the implausible romance gives way to boardroom shenanigans, House of Gucci grinds to a dramatic halt with still more than an hour of run time to go. There’s nothing luxe about the shoddy stitching and sackcloth. …[2/5]
Tara Brady, The Irish Times
…fails to settle on a consistent tone — overlong and undisciplined as it careens between high drama and opera buffa…
David Rooney, The Hollywood Reporter
…Despite the over-the-top performances and plot twists he juggles, Scott drives his ultimate message home—that wealth is tempting yet poisonous. …
David Sims, The Atlantic
…Hayek and Irons are playing cardboard-thin characters, Leto flounders about as if he’s in a movie all his own, and “House of Gucci” feels coldly calculating when it should have been flush and warm with scandalous sensationalism…
Richard Roeper, Chicago Sun-Times