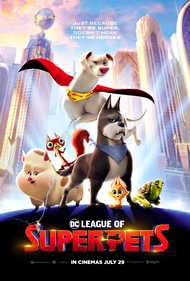 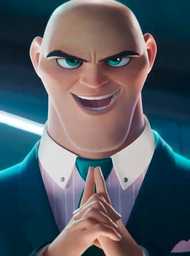 Bond between people and their pets

Fantasy of superhero dogs and other animals

Animals of the Bible 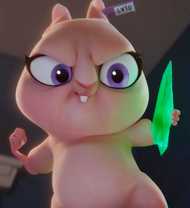 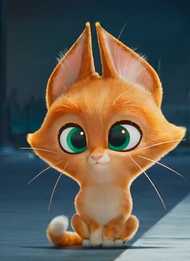 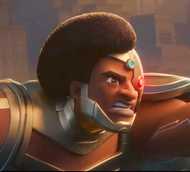 Released by Warner Bros. and DC, the animated superhero movie tells the story of Krypto the Super-Dog (voiced by Dwayne Johnson) and Superman (John Krasinski), who are inseparable best friends since birth.

They share the same superpowers and fight crime side by side in Metropolis. But Krypto must master his own powers for a rescue mission when Superman and the rest of the Justice League are kidnapped by Lex Luthor (Marc Maron).

Superman’s dog is forced to form a team of shelter-pets who are given super-powers from an unlikely, otherworldly source.

They must figure out how to work together in order to save the Justice League and all of Metropolis from the devilish guinea pig Lulu (Kate McKinnon).

Sounds like an amusing premise, right? The animated comedy is somewhat funny and entertaining, as well as promoting themes of courage and teamwork.

However, the movie, despite its PG rating, is not family-friendly and lands in the doghouse for its negative content.

Green Lantern (Dascha Polanco), who is a female here and hinted as a lesbian, explains that a raccoon thought that it and the superhero were dating.

Additionally, two women are shown together and are said to be engaged. There are also two men who appear to be romantically involved.

Like Disney, Warner Bros. seems to be pushing the woke agenda in kids movies with representation of the LGBT community.

Additionally, there’s other inappropriate content for younger audiences. Merton the turtle curses constantly and is bleeped out several times for the s-word and f-word. Jared Stern, who made his directorial debut with the film, probably figured that’s a funny joke, but it isn’t humorous at all when a parent is cringing for their young children.

The comic book based on this film features nothing that hints at this type of behavior or foul dialog among the characters.

The Bible says in Colossians 3:8 that Christians should put away: anger, indignation, malice, blasphemy, filthy speech out of their mouth. Foul language is the last thing little ears need to hear in an animated movie.

“DC League of Super-Pets,” which cost $90 million to produce, is the second major kids film after “Lightyear” in 2022 to stumble in the box office during its opening weekend. Ironically, both movies promoted woke content and opened poorly in the cineplex nationwide.

Despite garnering a 89-percent audience score and 71 percent critics grade on Rotten Tomatoes, “DC League of Super-Pets” opened on the lower end of expectations at the North American box office with an estimated $23 million.

It was projected to clear $25 million or more in its July 29 domestic launch, especially with voice stars Dwayne Johnson and Kevin Hart embarking on a publicity blitz.

On the flip side, Universal and Illumination’s “Minions: The Rise of Gru,” which doesn’t feature woke material, has been a runaway hit this summer. According to news reports, Gru is the top-grossing animated film of the COVID-19 era with a domestic take of more than $320.4 million. Overseas, it has earned $390 million for a worldwide total of $710.4 million so far.

Coincidence? I don’t think so. Parents want kids movies to be safe for little eyes and ears, and conservative families will shy away from agenda films. “DC League of Super-Pets” was supposed to be a light-hearted movie about pets getting superpowers, but it subtly feels like an agenda film.

“DC League of Super-Pets,” which has been called by some reviewers a cheap knockoff of “The Secret Life of Pets” and “Toy Story,” can be best described by one reviewer as more “Beavis and Butt-Head” than “Beauty and the Beast.”

Translation: Don’t throw this dog a bone because it doesn’t deserve one or your (ticket) money.

Content Watch: “DC League of Super-Pets” is rated PG for action, mild violence, language and rude humor. As mentioned before, there is foul language as the pets get bleeped out for cursing, making the movie a hard choice for parents of small kids. There are a couple of minor euphemisms as well as “heck,” “dang,” and “suck,” plus “cr*p” and “idiot.” A character also says, “See you in heck.” There’s also a murderous super cat, who can fire laser bullets from her whiskers and say things like, “What’s up dog?” Lois Lane (Olivia Wilde) and Superman are shown kissing. Krypto mentions being kicked out of Superman’s bed when Lois “stays over.” Superman and Lois are dating at this time. A young dog grabs hold of a toddler by the arm to save her. Red bite marks are shown. There is a lot of comic book style action, with characters being knocked to the ground, held down, and manipulated, often by psychic powers.

Negative
Negative—The film is geared toward kids. However, a lesbian relationship is shown in a quick snip and at one point the turtle says “where the f_____ am I” and while this is bleeped out, I’m not sure why it had to be there. Much like other films, it seems our culture is normalizing sin. It’s so sad to me that in a kid movie, I have to worry about my kids thinking that it’s normal to cuss or have an unbiblical relationship. This brings up conversation a young child’s mind isn’t ready for. We are stripping away innocence and the one truth there is. We have to screen everything they are watching. Satan is out to take over our world, and we must be on guard.
My Ratings: Moral rating: Offensive / Moviemaking quality: 3½
Robyn Willingham, age 33 (USA)
Negative—One LGBTQ kiss right at the start of the movie. A lot of violence for kids, parental discretion is needed. Some swearing which is beeped out, and the pig worships Wonder Woman. Other than that, a humorous twist on Superman.
My Ratings: Moral rating: Very Offensive / Moviemaking quality: 5
Ing123, age 41 (Canada)
Comments from non-viewers
Negative—I have never seen the film “DC League of Super-Pets” (2022). Reason being that I do not like much of Dwayne “The Rock” Johnson’s most-recent movies. Just like “Jumanji” (2017/2019), “Baywatch” (2017) and “Moana” (2016), Johnson stars in movies that have questionable content. Yeah, it may be part of show biz but why after the release of “Moana” in 2016—in which Disney rejected 600 female singers to make one singer (Auli’i Cravalho) rich—should I spend more of my money on these “The Rock” films. Johnson already has a stack of money. Why do I need to add my money to the pile? On the Oprah Winfrey Network, Dwayne Johnson states he fell into depression and his money and bachelor pad/estate did not solve his problem. Every time we pay our tickets to see these films, Dwayne Johnson gets paid but who is paying us? That is just one of many examples of capitalism.

Johnson also admits that “[people] pay their hard-earned money [to his films so that he can] put a smile on [their] face.” I do not need “The Rock” to entertain me. I can do a good job of that without Johnson’s help. At one point—when I saw “Journey to the Centre of the Earth 2: The Mysterious Island” (2012), I thought “The Rock” was a cool guy but as time move forward, I began to see a disturbing impression from him. In “Moana” (around 2016), during a time when Trump protests were happening and people were getting hurt/injured/killed on the streets, all “The Rock” did was promote a singing “Demi-god”. Is that good leadership of him to help people out in tough times? I certainly think not.

Do I hate Dwayne “The Rock” Johnson? Absolutely not. I still see a chance at redeeming qualities from him. I use Christian Spotlight prayer suggestions to pray for people like him and other influential celebrities such as Neil Patrick Harris and Madonna. As the Bible teaches that one should always love the sinner but definitely hate the sin.

In conclusion, until I see a change in Dwayne Johnson’s movies, I will never buy another ticket to his films again.
Elliott Mills, age 22 (Canada)
Streaming video—
“Dwayne Johnson’s Faith Isn’t What It Looks Like…”
Video by Living Waters (a Christian Answers team member)
Length: 11 minutes

Secular Movie Critics
…Too often, the film gives off the feeling that it was designed for the inevitable line of toys for the upcoming holiday season, with plenty of cuddly animals of disparate types soon to line the shelves of a store near you. …And like so many animated films, the proceedings devolve into a numbing series of action sequences in which the humor is largely sidelined in favor of frenetic spectacle. …
Frank Scheck, The Hollywood Reporter
…It’s formulaic, uninspired stuff, an artless, mirthless mess that leans heavily on the familiarity of the characters – Batman, Wonder Woman and others cameo – while also undermining the integrity of the DC universe. …
Wendy Ide, The Guardian (UK)
Absolutely Paw-ful… The fur flies, the claws come out and the bad jokes hit the fan. …as enervating as green Kryptonite…
Kyle Smith, The Wall Street Journal
…“content” manufactured to maximize potential profits from a piece of intellectual property… It’s formulaic, rarely funny and seriously cynical for a movie aimed at small kids. But a couple of moments have a lovely and quite-unexpected pathos to them. …
Roger Moore, Movie Nation
…Despite a fun voice cast, this is a lazy effort that squanders its characters, and will likely bore anyone over the age of ten. …The animation style is flat and uninspired, with generic character design and plasticky-smooth CG… [2/5]
John Nugent, Empire [UK]
…Some adorable animals and a snarky sense of humour about superheroes aren’t quite enough to save the day with DC League Of Super-Pets, an intermittently amusing and touching animation. …A dog’s love may be unconditional, but our patience for mediocre comic-book pictures is far from inexhaustible.
Tim Grierson, Screen Daily
…While the plot following Krypto finding his pack and saving the day is exceedingly formulaic and slightly tiresome with its predictable turns, Stern and Whittington fill the space around the structure with a plethora of absurdist humor and sharply written jokes, as well as the teasing self-awareness. …
Katie Walsh, Tribune News Service
…The heart and soul of the film is the relationship between pet and human, Krypto and his friends overcoming insecurities and truly understanding those around you. Kids will enjoy this film for the slapstick humor, but everyone will be rooting for Krypto to be lauded as a good boy. [3]
Serena Puang, The Boston Globe