About…
hands in the Bible 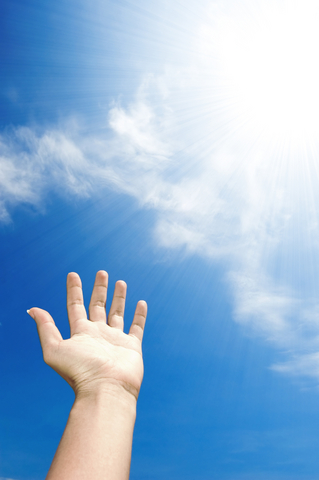 Called by Galen of Pergamon “the instrument of instruments.” The hand is the symbol of human action.

Therefore I want the men in every place to pray, lifting up holy hands, without wrath and dissension. —1 Timothy 2:8 NASB

…In the work of his own hands the wicked is snared. —Psalm 9:16 NASB

“So when you [the wicked of Israel] spread out your hands in prayer,
I [God] will hide My eyes from you;
Yes, even though you multiply prayers,
I will not listen.
Your hands are covered with [literally: full of] blood. —Isaiah 1:15 NASB

Washing the hands was a symbol of innocence (Psa. 73:13) or sanctification.

When Pilate saw that he was accomplishing nothing, but rather that a riot was starting, he took water and washed his hands in front of the crowd, saying, “I am innocent of this Man’s blood; see to that yourselves.” —Matthew 27:24 NASB

I hate the assembly of evildoers,
And I will not sit with the wicked.
I shall wash my hands in innocence,
And I will go about Your altar, O Lord,
That I may proclaim with the voice of thanksgiving
And declare all Your wonders. —Psalm 26:5-7 NASB

Who may ascend into the hill of the Lord?
And who may stand in His holy place?
He who has clean hands and a pure heart,
Who has not lifted up his soul to falsehood
And has not sworn deceitfully. —Psalm 24:3-4 NASB

To pour water on another person’s hands is to serve him, as in 2 Kings 3:11 which indicates that Elisha was the personal servant of Elijah.

But Jehoshaphat said, “Is there no prophet of the Lord here, that we may inquire of the Lord by him?”

So one of the servants of the king of Israel answered and said, “Elisha the son of Shaphat is here, who poured water on the hands of Elijah.” —2 Kings 3:11 NKJV

The hand is frequently mentioned, particularly the right hand, as a symbol of power and strength (Psalm 60:5; Isaiah 28:2).

In Psalm 77:2 KJV the correct rendering is “My hand was stretched out,” instead of, as in the King James Version, “My sore ran in the night.”

In the day of my trouble I sought the LORD;
My hand was stretched out in the night without ceasing;
My soul refused to be comforted. —Psalm 77:2 NKJV