for strong and disturbing depiction of child abuse and torture 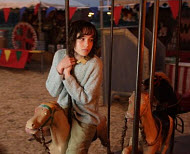 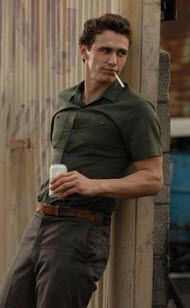 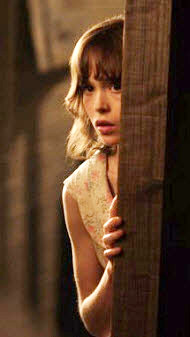 The issue of pain and suffering

“The true story of a shocking crime and a secret that wouldn’t keep.”

“An American Crime” is a true story of how child punishment led to a heinous crime in Indiana.

Lester (Nick Searcy) and Betty Likens (Romy Rosemont) are separated in 1965 and want to reconcile. They decide to leave their teenage girls behind for twenty dollars a week in the care of Gertrude “Gerty” Baniszewski (Catherine Keener, “Into The Wild”) while they work a carnival circuit. Gertrude is a stranger with six of her own children.

Sylvia Marie ‘Cookie’ Likens (Ellen Page, “Juno”) and her sister Jennifer ‘Jennie’ Faye Likens (Hayley McFarland) fit in well as boarders in the Baniszewski family home, but what seemed like a good idea became the opportunity for transgression of great proportions.

Sylvia is a delightful, pretty girl who becomes an unlikely target of violence. Paula Baniszewski (Ari Graynor), one of the eldest of Gertrude’s children, instigates the punishment. Much like her mother’s beginning, Paula was promiscuous, pregnant, and unmarried. Paula’s heartless attitude towards Sylvia, along with Gertrude’s panic to cover up the truth that her own daughter should be accused and corrected instead of innocent Sylvia, begins an unending spiral of anger. However, Paula does show remorse, despite the fact that Gertrude was up to her chin in sin and continued until Sylvia’s last breath.

Jennie is timid, has childhood Polio, and is clearly the weaker one of the two. Sylvia, being the older sibling, takes on the role of protector, and even takes a spanking for Jennie. Still, when Gertrude confronted Jennie during the suffering of Sylvia, she dishonored her sister by agreeing that she did not want to be like her.

Gertrude is an asthmatic, sexual deviant, and emotionally unstable. The reality of added responsibility, not having money, and sickness make it problematic for Gertrude to comprehend the consequences of her actions.

Each scene unfolds with chilling interpretations, including a Coke bottle, cigarettes, and branding with a safety pin. The extent to which Gertrude humiliates Sylvia is shocking, yet it does not stop there. She allows her own children, as well as the neighborhood kids, to torture Sylvia daily. One scene in particular, they tie her up to a support post in the basement with heavy rope. In addition, Gertrude, her accuser, rings out a washcloth in a large bowl, lets her taste from the rag, and apologizes. Although the movie is based on testimony from court hearings of the murder of Sylvia Likens, research finds some discrepancies, with other violent acts omitted.

The narrative by Sylvia throughout is overwhelming, as well as the testimony in the courtroom. Being able to hear from her brings relevance to the horror of when child abuse is kept silent and secret. Though Sylvia’s voice was denied then—her story can never be hushed, and speaks of a courageous and gentle spirit. Even though she may have questioned God through it all—Christians believe that He answers, and saves!

Sylvia’s journey of disapproval from man unto her death parallels “The Passion of Christ.”

Jesus was a man who knew no sin and took on the sin of the world. Barabbas a notorious prisoner set free while Jesus who was blameless delivered to be crucified. Jesus was betrayed by one from the inner circle, Judas Iscariot—one of the twelve disciples—and denied three times by Peter, another trusted disciple. Even so, though His body marred and weak, His spirit longed for the joy that was set before Him—a sacrifice unto death so that none would perish, but have everlasting life (John 3:16).

The practice of disciplining children could often be carried out to extremes. One does not have to look further than family members to find out first-hand accounts of cruelty that were mislabeled punishment. Corporal punishment was taught in parent training as a necessary evil and is still valued as fundamental. Nevertheless, it puts a spin on acceptable correction for children today.

Unfortunately, history repeats itself, so one can assume that Gertrude, who experienced a teen pregnancy out of wedlock, was subjected to torment herself. As early as the 1900s, corporal punishment could be considered an occasional shaking to severe beatings with various instruments of choice with no fewer than three or “until my strength gives out,” which could be one hundred or more.

Perhaps the parental perspective of “spare the rod spoil the child” became more important then administering correction coupled with compassion. It seems that society in the 1960s and in prior generations were in denial regarding the issue of child abuse.

Demonstrating power under control takes on the character of Christ. As parents and caregivers, we are guardians over our children not owners. We have the responsibility and permission to carry out God’s commandments, but not without sharing the fullness of His love.

Positive
Positive—I watched the movie “An American Crime” yesterday 5/23/09. I would like to comment that I was so saddened and terrified, at the same time, to learn that the movie is based on a true story. It is disturbing, as a mother of three, to see and learn that child abuse was practiced in such a horrific manner. I watched the movie and just cried—how Slyvia was abused verbally and phyiscally. I just kept repeating “No! this cannot be true; it just cannot be real!” I cried and thought about my own children and said to myself I cannot punish my children with my hands, because, God forbid, I hurt them in a way to kill them; I could just not live with this sin. Even though, it was disturbing, I watched the whole movie.

I was glad to have seen it and that other viewers had the chance to watch it. Why? Because it is educational to learn and see how social psychology was practiced. How people act the way they do is interesting. How great and helpful it would have been that there would be type of counseling to all. There was a lot of child abuse, not just on Sylvia, but also on Gertude’s children and the neiborhood children. They were manipulated by Gerturde in a way that the children did not really see the harm they were doing to Sylvia. They just wanted to follow mother’s orders. They were locked in an empty emotional state.

I know viewers, including myself, are not that offended to watch this movie, this is life; unfortunately it’s part of the negative part of understanding this type of behavior. The movie is retelling horrible crime that was based on psychological social behavior which is still very active on our society. Whether you are Christian or not, regardless of your religion, this was an act that got our human heart an totally dissaprove the torture and abuse to a child.
My Ratings: Moral rating: Better than Average / Moviemaking quality: 5

Dorca Del Rosario, age 41 (USA)
Positive—After seeing this review, compared to the sole comment on it (which has some excellent points, by the way), and knowing that it was based on a true story, I just had to see this movie for myself. It’s an honest movie, but not salacious. Ellen Page bears a mind-blowing resemblance to the real Sylvia Lyken, and the actors play their difficult roles very convincingly.

Now, as to the morality, here’s what comes to mind. How would the real Sylvia Lyken feel if we went around saying this film was “extremely offensive”? All it does is show people the facts of the case. For a movie aimed at adults, the reenactment is tasteful enough. I understand that not all adults need to see that kind of thing reenacted at all; but for those who can handle it, it not only shows what Sylvia went through, but motivates us to pray for all the children who have to go through such things.

This is not a horror movie. It’s really not even a thriller. It’s a biographical drama. Is it extremely disturbing? Absolutely. It’s probably the most disturbing movie I’ve ever watched, outside the movies I’ve reviewed. Is it for kids? No, children who haven’t been abused need to wait until they’re older to see things like this.

Viewers should be cautioned that extremely offensive things happen in the movie, but the movie’s morality itself has little to object to. Not only does it have an excellent balance of both honestly and discreetly portraying the events, but the protagonists actually hold strong Christian values.

Finally, the ending of this movie is especially encouraging, because it reminds us of a real-life situation where ALL the abusers were punished in the end, and Gertrude even ending up confessing her wrongs. My feelings are summed up in one of the closing lines, “At least people started talking about things they used to ignore.” Sometimes it’s good for us to know true stories like this.
My Ratings: Moral rating: Average / Moviemaking quality: 4½