for some thematic material and disturbing images. 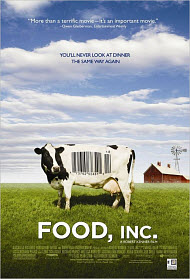 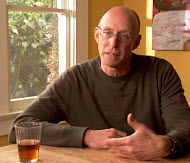 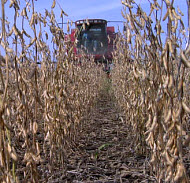 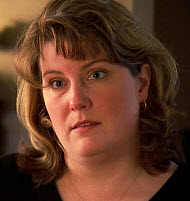 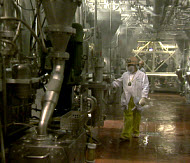 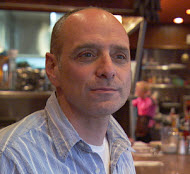 Man was created to be vegetarian and thus was not originally meant to kill animals (Genesis 1:29). We were not given permission to eat meat until after the Flood (Genesis 9:2-3), almost two thousand years later.

Other films about food industry

FOOD in the Bible

Did animals eat meat before the Flood? Answer

When did animals begin to kill and eat other animals? Answer

Sadly, indeed, most of us are unaware of how our country’s food industry works. Who knew that there are over 47,000 different products in the typical food market? Is the food really safe? Are the slaughter houses being held accountable by the rules and regulations that are in place to ensure the safety of all the meat? “Food, Inc.” is a documentary about how the food industry in America has become dominated by huge companies in recent years. It attempts to investigate and expose what’s really going on behind closed doors. It shows how many of the farmers in America today have become “slaves” to the large companies that control about 80-90% of the food industry. The film looks at how chicken, beef, pork, corn, and soy beans are being raised and processed.

In any documentary, the creator(s) of the film will have a specific agenda. They will be biased. The makers of “Food, Inc.” tell their story from a strictly secular point of view, which includes them pointing to the theory of evolution. For example, the film shows the dirty conditions of a large cattle farm. In these feed lots; the cattle are being fed corn. In the past, cattle used to eat grass, but they didn’t grow to be as big, and it also took more time until the cattle were ready to be slaughtered. Now, with corn fed cattle, they grower bigger and faster that ever before. A man in the film claims that cattle were “designed by evolution to not eat corn, they evolved on grass.”

The film centers around some of the major food producing companies which include Tyson (the world’s largest poultry producing company), Smithfield (the company with the country’s largest slaughter house located in N.C.), and Monsanto (a company that produces most of the patented soy beans). The viewer should keep in mind that this film is exclusively one-sided, while taking into consideration that all major companies declined to be interviewed by the makers of this film.

Parts of the film were mildly disturbing, if you are sensitive to animal “cruelty.” I say this with reservation because God clearly does not condemn the slaughtering of animals (Gen. 9:2-3). A farmer is shown gutting a chicken and another farmer is shown disposing of a number of dead ones. There is also a woman who lost her young son from E. coli poisoning from eating a hamburger. The mother of this child admits “she will never get over the loss of her child, but finds a new normal.” At this point, the agenda of the film becomes personal.

Other than seeing the sad and unnatural living conditions of the farm animals, the movie is very clean. There is not one use of profanity or sexual reference. As a committed follower of Christ, I would recommend this film to anyone, as long as you are aware that the makers claim evolution as truth, when the truth is that God has revealed to us that He alone created everything living and non-living on Earth (Genesis 1-2, Psalm 139:13-14, Psalm 19:1). However, I believe they have good intentions to try and limit the power of these multi-million dollar companies and help Uncle Sam get back to honest, healthy, and wholesome food grown and produced by honest American farmers. At the end of the film, one farmer says, “People need to demand good, wholesome food and we’ll deliver. I promise ya that.” Please pray for America’s farmers.

The film also gives good tips on how we can help America afford healthier food and put a stop to the prevalence of obesity caused by the over abundance of processed foods.

Positive
Positive—This movie has valuable information to share with the public. I already knew a lot of the problems with the food industry, and for several years have been supporting local farms that have animals graze on grass, as well as free-range chickens and organic produce. I think this documentary should be taken seriously and not swept aside as a political statement. It is not incendiary, but brings up important facts about the commercial food industry that is more concerned with profit than with our health. America is a very physically unhealthy country, and how our food is raised and handled has a lot to do with it. Quite a sad commentary also on how smaller American farms have been treated.
My Ratings: Moral rating: Good / Moviemaking quality: 4½

Movie Critics
…an informative, often infuriating activist documentary about the big business of feeding or, more to the political point, force-feeding, Americans all the junk that multinational corporate money can buy. You’ll shudder, shake and just possibly lose your genetically modified lunch. …

Manohla Dargis, The New York Times
…It’s enough to make you wanna go vegan. The film is relentless in its crusade to expose the ills of our food-production system, and does a pretty damn good job. Call it the “Super Size Me” effect—except instead of McDonald’s, the targets are behemoths like Tyson, Perdue and Smithfield. …

Alexis L. Loinaz, Chicago Tribune, Metromix
…4 out of 5 stars… It just sums everything we’ve heard—the increasing laxity of food inspection, the ways the industries ensure that they don’t get inspected. And, shockingly, Kenner shows us that oh-so-simple solution.

Roger Moore, Orlando Sentinel
…an angry blast of disgust aimed at the American food industry… The seemingly vast array of foods in a typical supermarket is not so varied as we might think; much of it is produced or controlled by a few enormous food companies that have operated without serious government regulation in recent years. We didn’t always eat as badly as we do now. …

David Denby, The New Yorker
…features disturbing images of meat-packing factories and chicken farms (really more like chicken factories), but relies on logic more than shock value to get its points across. …