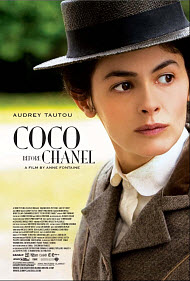 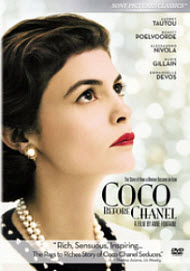 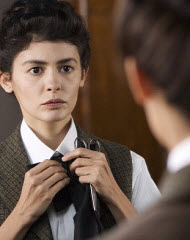 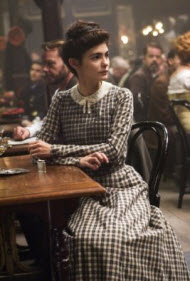 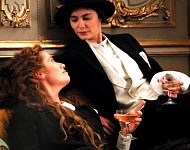 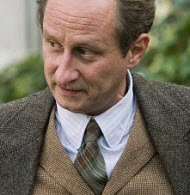 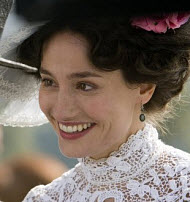 Clothing in the Bible

What about feminism and women’s lib?

“Before she was France’s famous mademoiselle…”

Editor’s Note: This review was written by a new volunteer. Please send us your evaluation of his work.

This French film (with English subtitles) is based on the early life of Coco Chanel during the early 20th century. The picture begins with two sisters being left at an orphanage by their peasant father. 15 years later and the two sisters are vocal performers in a brothel where they meet two men. The older sister, Adrienne Chanel, becomes infatuated with one of the men and eventually becomes his lover. The younger sister, Gabrielle Chanel, is not particularly interested in the other, older man, who keeps calling her “Coco.” Eventually the older man convinces Gabriel to go out with him and the nick name “Coco” sticks.

The sisters work as seamstresses in a dress shop during the day, perform in the brothel at night, and share a bed in a small studio apartment. Gabrielle is brash and impudent, which gets the girls fired from the brothel. Gabrielle (now called Coco) by deception, manipulation, and sexuality, uses the older man to secure an audition at a Paris night club. Before the audition, Adrienne leaves with her lover, and Coco is left to audition at the night club on her own and fails to get a job as a singer and performer. Soon after the audition, the older man leaves her to return to his home in the countryside outside of Paris and breaks off the relationship.

With her sister gone, her career as a performer over, and not wanting to continue working as a seamstress, Coco leaves to find the older man, who turns out is very wealthy. Using manipulation, deception, and sex she becomes the older man’s lover and mistress. While living with the older man, she begins making her own clothes and hats, makes friends with a French actress, who likes her sense of style, and catches the eye of a young English business associate of her lover. She begins a love affair with the English man, who is engaged to a rich English coal heiress and is not intent on marrying Coco. This breaks Coco’s heart, and she determines that she never intended to marry anyway.

Without the possibility of marriage to her English lover, and not willing to marry the older man, who does offer, she decides to open her own hat shop. With financial help from the English man and the assistance of her actress friend, her hats become popular among the Paris elite. She continues making hats and being the mistress of her English lover, who later dies tragically in a car accident. Completely broken hearted, Coco gives herself completely to her work, begins creating clothing, and the rest is fashion history.

This is a well-made period drama, with solid cinematography, a beautiful music score, well-made costumes, and good performances. However, the setting is offensive and adult in nature. Though there is no nudity and a couple mild profanities, the characters engage in illicit sexual activity, participate in deception, seduction, manipulation, wild parties, pervasive smoking, and clearly are not moral or religious. This is not a movie for children, teens, or even young adults, though it has a PG-13 rating.

From a Biblical perspective, the movie is a snapshot of the world apart from faith in God and what happens when people give themselves over to the flesh (see Romans 1:18-32) and success at all cost. Coco Chanel is depicted as a person who does whatever she needs to do to get ahead, in where the ends justify the means. The Bible clearly teaches that the ends do not justify the means and Jesus specifically taught: “What good will it be for a man if he gains the whole world, yet forfeits his soul?” (Matthew 16:26). Though worldly success is not necessarily wrong, it is not to be the main goal and passion of a follower of Jesus Christ. Loving God with all your heart, soul, mind, and strength and loving others is (Mark 12:30-31).

The greatest disappointment in the movie is that very little is shown of how Coco Chanel became a successful fashion designer, which would have been much more interesting and enlightening than her personal life. Her life as a famous designer would also have been more interesting, especially her work in the 1950s and 60s.