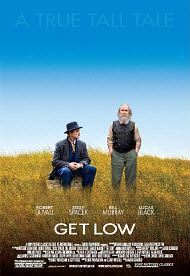 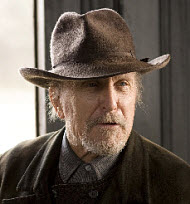 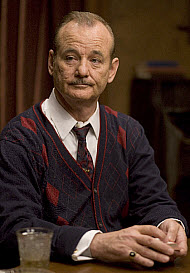 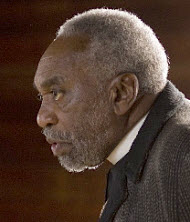 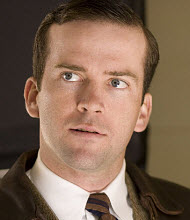 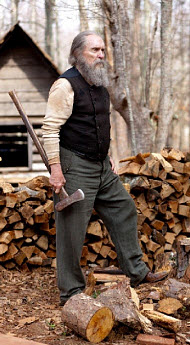 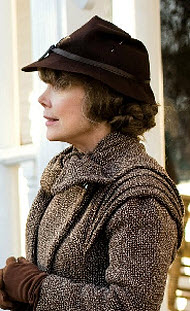 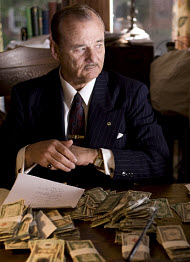 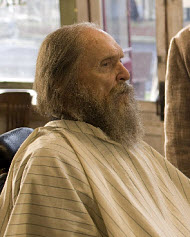 Funerals in the Bible

In accepting the role of the crotchety, stubborn old hermit Felix Bush in “Get Low” Robert Duvall said he took the part because it wasn’t a project that Hollywood would make a sequel to. Looking at his IMDb filmography (as well as that of his co-star Sissy Spacek) it’s easy to see that they have spent their entire careers avoiding scripts that are designed to become sequels or franchises. Ok, there was a sequel to “Carrie,” but one can hardly blame Sissy for that.

In “Get Low,” Duvall plays Felix Bush, a backwoods, cantankerous old man who lives in self-imposed isolation on a 300 acre lot in rural Tennessee. He has come to the realization that his days are numbered and decides that before he kicks the bucket he would like to have a funeral party and invite everyone in town to come and tell the stories they have heard about him. Trouble is, his reputation prohibits many from telling these stories, since he is known to be quite irritable and quick to fire the shotgun that he keeps steady at his side.

Since the local minister refuses to grant him his wish, if he doesn’t first ask for forgiveness from God, Bush turns to the local funeral director Frank Quinn (Bill Murray), along with his assistant “Buddy” Richardson (Lucas Black), who is more willing to grant him his request, particularly after seeing the large rolled up wad of cash that Bush carries with him.

Since Bush has lived pretty much in isolation for the last forty years, with the occasional trip into town to get groceries and cause trouble, many people only know him by the stories and tales that have circulated about him, all of which are of how cruel and dislikable he is. One person who has an entirely contradictory view of Bush is Mattie (Spacek) who lights up with joy upon reflection of the man Felix Bush once was. She compares him to a “cave,” explaining the deeper you explore this man the more fascinating he becomes.

The deeper we get into finding out who Felix Bush is, the more we realize there is more to him than just a bunch of tales and legends, and the secret he’s keeping that lead to his isolation is weighing heavy on his soul.

Though he is unapologetically unreligious (Felix would probably get along amicably with Daniel Plainview from “There Will Be Blood”), the themes “Get Low” explores are significantly spiritual. The fact that Felix is a carpenter, a rather good one, is hardly coincidental. The sole person Felix has told about his past is Rev. Charlie Jackson (Bill Cobbs), an African-American minister who has a church that Felix built for his congregation entirely out of wood.

Anyone who has seen any movies with either Spacek or Duvall (and for that matter Murray, once his acting career took a more serious turn somewhere between “Rushmore” and “Lost in Translation”) knows to expect great performances from these Academy Award winning actors, and, with those expectations, audiences will not be disappointed. Equally as impressive to the acting is the cinematic canvas that surrounds the actors. Director Aaron Schneider spent most of his career, prior to this film as a cinematographer, and it shows in every picturesque frame of this film. At any point in the film, one could stop the action and marvel at the postcard quality of the image.

There is very little objectionable material, mostly due to its setting in Depression era Tennessee. The few profane words uttered during the film are of the milder variety (there is one utterance of “g-damn”), and, most of the time, when the words are spoken, they are quickly followed up by an apology by the person who used them, lest they should tarnish innocent ears.

“Get Low” is loosely based on a real event of a man who threw his own funeral party in the ‘30’s. Though Felix Bush wants to have a party and hear what others have to say about him, no matter how bad those things may be, at the heart of the film is a message of forgiveness, redemption and making peace with one’s past.

You are probably not going to find a Felix Bush action figure this summer in your local fast-food chain, however don’t be surprised if Duvall (as well as his co-stars Spacek and Murray) is nominated for a different type of figure, the golden ones handed out by the Academy.

“Get Low” is rated PG-13 for some thematic material and brief violent content; it has a running time of 100 minutes.

Comments below:
Positive
Positive—I found “Get Low” to be a riveting film. I did not know where it was really going, so I paid close attention throughout. Robert Duvall’s performance, as the hermit who wants to have a funeral party for himself before he dies, is a tour de force. Surely he will get an Academy Award for it, as should Bill Cobb for an Oscar® worthy performance in the supporting role of a pastor who knows Felix Bush’s 40 year old secret.

The story is ultimately a love story, though a tad maudlin for me. The movie is beautifully shot with period details that gave the story an authenticity that enhanced it.
My Ratings: Moral rating: Better than Average / Moviemaking quality: 4½

Halyna Barannik, age 64 (USA)
Positive—I am very particular about movies I see, and therefore rarely see anything made after 1962. I thought this movie was full of Christian-based themes however and would recommend it to almost anyone. (Children, of course, wouldn’t be able to follow it).

I thought the apex of the movie, it’s highest moment came in Felix’s (DuVall) speech when he acknowledged that all this was his fault. Nothing would have happened if he would have done the right thing in the beginning and just never spoken to her. Incredible acting by all, Bill Murray was sensational.
My Ratings: Moral rating: Good / Moviemaking quality: 5

Don, age 48 (USA)
Positive—Excellent movie—well worth seeing by adults. A few cases of offensive language. A unique movie providing a clear message of the evil of sin and the freedom of forgiveness. Excellent acting and great story—hard to find these days.
My Ratings: Moral rating: Better than Average / Moviemaking quality: 4

LSP, age 40 (USA)
Positive—When I learned of this film a few months ago, I was eager to see it since Duvall is one of my favorite actors. The opening captured my attention as I waited to see how the movie closed the loop on that scene.

Duvall, Spacek, Murray and Cobbs give powerful performances, and I agree with the reviewer that there should be Academy nominations from this film, including musical score. But I liked Lucas Black’s portrayal of Buddy Richardson. He is a man of pure heart, earnestly seeking to understand Felix and what goes on in his head. He is also trying to make an honorable living working for the shady funeral director Frank Quinn. There is subtle humor in the film and Murray delivers memorable one-liners.

The music and dress take you to another time. There are many themes to explore—forgiveness and the darkness we live in when we hold secrets, even when we use those secrets to punish ourselves. Then there is power and peace in confession. The movie shows how our impressions of people are often completely the opposite and how quick we are to judge when we don’t know the truth behind a person. When Felix goes to see Rev. Horton and places a wad of cash on the pew and requests a funeral saying he needed to ‘get low’, Rev. Horton makes it clear that “you cannot buy your way into heaven.” You must seek forgiveness and make peace with God.

We watch Felix Bush seek the forgiveness he so dearly wants but dares not to ask for. I left the movie with a satisfied feeling that both my time and money were well spent.
My Ratings: Moral rating: Good / Moviemaking quality: 5

Jeff, age 51 (USA)
Positive—This was a beautifully artistic movie. Everything was extremely well-made and well-acted. In my opinion, it should have at least been nominated for some Oscars.
My Ratings: Moral rating: Better than Average / Moviemaking quality: 5

Eliza Jonner, age 18 (USA)
Neutral
Neutral—Actually there were 5 uses of “g-damn,” not 1. …I hate paying money to hear people curse. It did have an interesting story line and a lot of well known actors.
My Ratings: Moral rating: Average / Moviemaking quality: 3½

Matthew, age 36 (USA)
Neutral—This is a strange, quirky movie. The pace is slow and country, and the story is drawn out. We reacted at the end sort of, ho-hum.
My Ratings: Moral rating: Better than Average / Moviemaking quality: 4

Ken, age 60 (USA)
Negative
Negative—Unconfessed sin of which he never repented doomed Felix Bush to a life of sorrow and guilt. Haunted by his past Felix lived a hermit’s life controlling others. Even at the “demanding” by two preachers, one of which was a long-time friend, Felix was unable, unwilling, to “get low” enough to seek that which would have freed him of his pain; repentance and asking God’s forgiveness. Finally he throws a party, a funeral party, and originally invited all who had heard and would tell a story about him. However, Felix told the only story, the one of his past, tearfully asking Mattie (and all those attending?) to forgive him of his involvement in her sister’s death. With forgiveness granted Felix was able to meet his love in a happy reunion in death.

Problem: Felix could not (would not) “get low” enough to seek God. Rather, self-justified by a 40-year term in a prison of his own making and Mattie’s forgiveness he and, unrepentant Mary, dressed in white, meet in death for a beautiful life in eternity. Those who know God’s Word know better.
My Ratings: Moral rating: Average / Moviemaking quality: 5