for sequences of intense violence and action, brief language, some sexual content and teen partying. 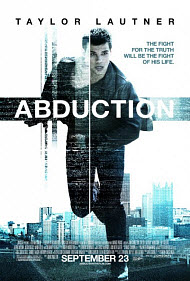 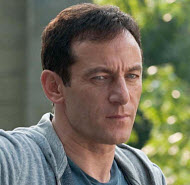 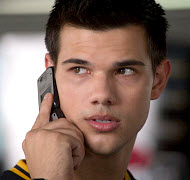 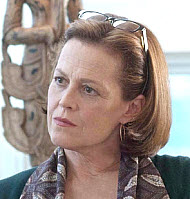 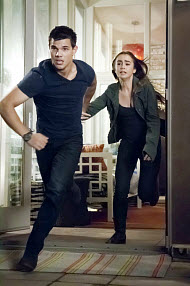 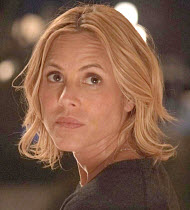 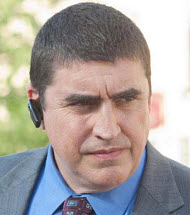 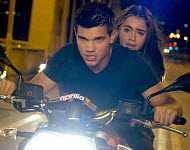 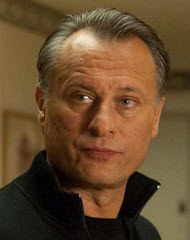 “The fight for the truth will be the fight of his life.”

Nathan (Taylor Lautner) has always felt like an outsider. While eating dinner, he stares at the people he calls parents and wonders who he really is. Despite having rage issues, he doesn’t even have the courage to make the first move with his neighbor and fellow classmate, Karen (Lily Collins).

When Nathan and Karen are assigned to work together on a sociology project about missing persons, Nathan sees a Web site photo of a missing child who looks exactly like him. He’s further convinced that he’s the missing boy when he finds the same shirt the child’s wearing, packed away in his house.

When confronting his mom (Maria Bello), she doesn’t have time to tell him the truth, since she and her husband are killed by two armed men who come searching for Nathan. Since Karen and Nathan witnessed the murders, they run away, desperate to seek answers.

The majority of the film’s plot and its twists are given away in the theatrical trailer. This is a bad move, as the movie’s plot is rather thin, filling up most of the screen time with Nathan and Karen being chased. Though the film begins rather weakly, with a highly fictional glimpse into high school, it does pick up some momentum within about 30 minutes. Despite this, I personally found it hard to become absorbed in the story, amid the limited acting and shallow script. This was surprising, since the film’s cast has enormous talent, including Sigourney Weaver and Maria Bello.

It also probably didn’t help that the character of Nathan too closely resembles that of Jacob from “Twilight”. I found myself making involuntary comparisons, from the intense stares to the somber, tough-guy attitude. While Robert Pattinson has had success in breaking away from his vampire role, Taylor Lautner will have to find more diverse roles in order to fully demonstrate the range of his acting ability.

The film does have a lot of violence, but it remains nearly bloodless. There are several car chases, fistfights, and people shot dead. After waking up hung over, Nathan and his dad have a long boxing match, where they punch and kick each other, to the point of making Nathan vomit. However, on the unrealistic side, they end up with no bruising. One character is stabbed with a tool, while another female character is stabbed in the neck and then punched in the face. In one scene, Lauren is punched and thrown around. One of the villains is shot and shown dead in a parking lot. And finally, one neck is snapped, and Nathan throws an attacker out a moving train.

Some girls are shown in bikinis at a pool party. Nathan’s friends say to “check it out”. However, that’s about the only flirtatious reference they make. Nathan is shirtless in a couple of scenes in the beginning of the film, and Karen’s midriff is shown twice. Nathan’s parents are shown dancing closely together, and the husband briefly touches his wife on her derriere. During a conversation with his wife, Nathan’s dad states that Karen has grown up and is now hot.

In total, Karen and Nathan have two kissing scenes. While the second is short and sweet, the first is longer and more passionate. In this scene, Nathan touches her behind, picks her up, and she wraps her legs around his waist. He then sits them down, and Karen briefly straddles him.

The profanity and vulgarity are around the 12 mark. There are six uses of sh_t, and I believe I heard 1 “f” word. There are two uses of d_ck. In one scene, someone is told to “grow a pair”. There is also some partying in the film. While Nathan does wake up with a hangover in a random front lawn, very little drinking or drunkenness is actually shown.

I don’t personally recommend the film for the aforementioned reasons. It wasn’t a terrible movie, by any means. However, with the exorbitant prices of movie tickets, I believe “Abduction” would serve best as a rental, if you decide to see it at all.

Positive
Positive—I enjoyed this movie. I had not seen a trailer. I read a synopsis of the plot at the cinema. I thought it was going to be a film about child abuse, but it was actually a spy film. It was fun, but it was not deep.

It is certainly not a Christian film. Whilst it is replete with sexuality, etc. As identified in the principal review, it does have an underlying “stranger danger” message that may prove useful to teenagers, provided you watch it with them.

The more films I review, the more starkly it comes home to me that cinema is NOT a child minding service. If you want a safe child minding service, either have Bible centered media OR at least, use uncontroversial non-fiction films, etc.
My Ratings: Moral rating: Average / Moviemaking quality: 3½

BP, age 53 (Australia)
Positive—This movie wasn’t as cheesy as I thought it would be. It actually kept me interested, and the acting was definitely not the worst I’ve seen (“Last Airbender,” anyone?). Though the only difference in Taylor Lautner’s acting was that he never turned into a CGI werewolf. Not bad… I might rent it again someday.
My Ratings: Moral rating: Better than Average / Moviemaking quality: 3½

Kadie Jo, age 19 (USA)
Negative
Negative—I was really looking forward to this film. I had read the review beforehand and thought, “I still want to see this movie.” Unfortunately, this film did not meet my expectations. The acting was so-so, the plot was too, as my dad and I agreed, predictable. Don’t get me wrong. The action was good, and there were some good performances, but not many. There was some objectionable content during the film that the reviewer hit spot on. If you haven’t seen this movie, you haven’t missed much.
My Ratings: Moral rating: Average / Moviemaking quality: 2

Alexander Malsan, age 21 (USA)
Comments from young people
Negative—I watched this movie with extremely low expectations and I was still let down. It was cheesy, the acting was horrible from both Lautner and Collins, The plot was unoriginal, and the script was predictable. There was some language and a few long passionate kissing scenes between the two teenagers. I didn’t walk away with anything and I most likely would never recommend this movie to anyone.
My Ratings: Moral rating: Average / Moviemaking quality: ½