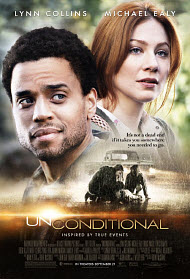 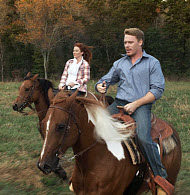 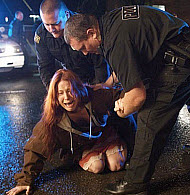 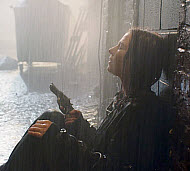 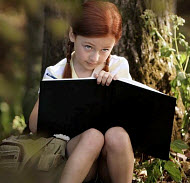 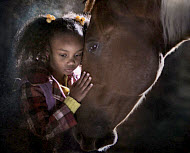 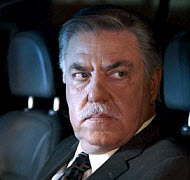 importance of pursuing God and serving others with love

death of husband by murder

sensing God’s love all around us

losing faith and will to live

being plagued by extreme health issues

caring for and loving fatherless kids

“It’s not a dead end if it takes you somewhere you needed to go.”

“Unconditional” is an amazing heart and mind challenging film, able to affect relationship and racial reconciliation. I hope it makes its way into the darker corners of our society, where doors have long been closed due to misunderstanding, bitterness and hatred.

It’s 2013. Do you know where your racial mores are? We do grow up believing in a better future, don’t we? I know I did. I believed that racial tension was a fading part of the redneck past. I believed, not because of some great faith or because I held out some strong hope, no, no—I believed flatly that racial problems were beneath the world I was growing up in. Sure, I brushed up against the occasional attitude which was either light or heavy with racial bias, but I saw it among the dullest and most insecure of my peers. Hence it didn’t bother me too much. I was taught to be color blind, and I value this way of thinking. Color blindness was present. It was fact. It was sacrosanct. Racism would be a thing of the past.

That’s not the world we live in today though, is it? The subject of race gets ‘front and center’ attention more than daily. Admittedly, our cultures have not purged themselves of the sin of racism. How are we doing on other sins, by the way? Anyway—this movie has more meat on this subject, more of something worth listening to than a thousand politicians, a fist full of gangster rap bands and two blathering talk show hosts combined. I flat out love it.

The performances are wonderful. Every major role in this film was cast with genuine faces, genuine smiles, addressing sincere subjects.

“Unconditional” goes way beyond feel-good movies. I will give it credit for being one of the most believable movies ever to deal with American cultural misunderstandings and relationship reconciliation. This movie is about love—the real stuff that involves sacrifice, discomfort, covering of shame and the measure of tolerance America really needs—not to tolerate sin and cultural erosion but to tolerate differences and work out misunderstandings.

Business as usual in Hollywood has never made such quality and believability on these subjects.

On the level of ‘concerns’: This film has a little violence, but it is not overdrawn, just a few short parts of the story. There is more blood resulting from medical issues than violence. I don’t recall any cursing; if there was any, it was extremely subtle and pertained to a mischievous boy. Murder is a theme in the story more than once—a reality for some people. In two short scenes the main actress appears in a night gown, mostly covered, but her upper chest shows a bit.

Positive
Positive—I saw this movie last night at my church, and I liked it. The story really draws you in with powerful images, a strong story and good acting. I couldn’t understand what the little black kid was saying in some parts, though. Maybe it’s got something to do with the way they speak. I recommend the film.
My Ratings: Moral rating: Good / Moviemaking quality: 5

D, age 27 (USA)
Positive—This movie was breathtaking and a real moral boost from the norm. Although they do not name who God is, being a Christian, I was happy to hear the children’s caregiver refer to god as her Lord. At the end of the movie I had the chills from watching such an uplifting, excellent quality movie. I would recommend this movie to anyone. Although the violence would not be suitable to children of a younger age.
My Ratings: Moral rating: Excellent! / Moviemaking quality: 5

Kathy Koeslin, age 56 (USA)
Positive—I LOVED this movie! It’s a breath of fresh air—excellent moral rating. I highly recommend it. It was powerful in the first few minutes! Most movies are drawn out and boring in the first few minutes, but this one was not. My husband and kids all loved it. It’s a tear-jerker, but well worth watching. This is a show I wouldn’t mind watching again, which says a lot because I don’t like watching most shows more than once.

Great acting, excellent quality, great story, etc. The reviewer talks a lot about racism, but I didn’t even really notice that it was a film about racism, because honestly it’s a story about loving others. I’m not racist, and I view everyone the same, no matter what color or ethnic background, so when I watch shows about a black kid being picked on, I just see a kid being picked on. I was a little hesitant about watching it because when I’d read what it was about, beginning with the death of her husband, I was afraid it would be too much for me since it was not so long ago that I lost a loved one. But I really connected with the woman in the movie, and it doesn’t focus too much on the death.

There’s never a dull moment in this movie. There’s a lot to learn in this movie. ***SPOILER*** It has an amazing twist at the end. ***END SPOILER***
My Ratings: Moral rating: Excellent! / Moviemaking quality: 5

Diana, age 34 (USA)
Comments from young people
Positive—This was an amazing faith-based drama! My family and I watched it and loved it! The acting is great and heartfelt. I would say any kid 7 and up could see this. There is a little violence. But, overall, a great movie that I will watch again.
My Ratings: Moral rating: Better than Average / Moviemaking quality: 3½